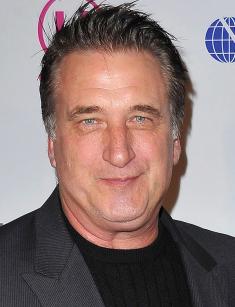 Daniel Baldwin is one of the four brothers whose names are known all over the world. Each of them has proved himself to be a talented actor and delights viewers with his skills. Daniel is the second-born son who successfully plays in movies and TV shows, and also acts as a TV producer and director of his own projects.

Daniel Baldwin was born on October 5, 1960, in Massapequa, New York, in a large family. He has five siblings. His father Alexander Rae was a high school history/social studies teacher and a football coach, and his mother Carol Newcomb is a breast cancer survivor who founded the Carol M. Baldwin Breast Care Center. The Baldwin family is of English, Scottish, Irish, French Canadian and German descent.

In 1979, the young man graduated from Alfred G. Berner Middle School in Massapequa, where he successfully played football and basketball. He also studied at Richard McKenna Charter School.

Daniel Baldwin made his acting debut in 1988 in the TV drama thriller Too Good to Be True, based on the novel “Leave Her to Heaven” by Ben Ames Williams.

After that, he began to film actively, playing in at least one project within a year. At the beginning of his career, Baldwin appeared in the biographical drama Born on the Fourth of July with Tom Cruise in the lead role, the action movie Harley Davidson and the Marlboro Man with Mickey Rourke, the melodrama Hero in which Dustin Hoffman played, and many other films. Although the novice actor portrayed minor characters, he could gain the necessary experience.

In 1990, Daniel returned to television and starred in the comedy Sydney, which also featured popular comic actor Matthew Perry. The series had only one season and 13 episodes. However, this did not prevent movie fans from seeing the creative potential of the young actor, and he rose to fame after this project.

Baldwin continued his work on American TV, and in 1993, he starred in the police procedural Homicide: Life on the Street about Baltimore Police Department's Homicide Unit. Despite viewers and critics’ favorable reviews about his acting skills, the man left the project in 1995. So, his character, Beau Felton, was killed after playing in three seasons.

The actor returned to feature films, starring in the low-budget movies Attack of the 50 Ft. Woman, Family of Cops, Twisted Desire. In 1996, he played the role of McCafferty in the crime drama Mulholland Falls about the Los Angeles police of the early 50s and Jerry in the comedy-drama Trees Lounge, which also featured Steve Buscemi and Chloë Sevigny.

In 1998, Baldwin was set to the romantic comedy film It Had to Be You, but another actor Michael Rispoli (also born in 1960) replaced him since Daniel was arrested for cocaine possession.

However, this failure led to success. The same year, the actor was cast in the role of Anthony Montoya in the horror film Vampires directed by John Carpenter. It was adapted from the novel “Vampire$” by John Steakley. The participation in the film made the actor famous overnight, and he was at the peak of his popularity.

At the beginning of the 2000s, Baldwin appeared in several episodes of the series The Sopranos. He also starred in the TV projects Anonymous Rex (2004) and Our Fathers (2005), as well as in several low-budget films such as Sidekick (2005) and Moola (2007). In 2009, he played Julius Krug in the HBO biographical drama Grey Gardens, which won the Emmy, Golden Globe, and Actors Guild Awards. Hollywood beauties Jessica Lange and Drew Barrymore also played in the film.

In 2010, Daniel Baldwin starred in the breast cancer docu-drama titled 1 a Minute. The film tells about the struggle of breast cancer survivors. The project was made by actress Namrata Singh Gujral and featured a few celebrities and ordinary people who overcame this terrible disease.

In 2011, the fantasy TV series Grimm began airing on NBC. Baldwin was cast in the project in which he portrayed Jordan Vance. Both movie lovers and film critics appreciated the television fantasy project, inspired by Grimms' Fairy Tales. In total, the number of projects in which the actor took part has long exceeded one hundred. However, he is not going to be satisfied with what has already been achieved.

The personal life of the brutal actor (his height is 6.16 ft. (188 cm), and the weight is 182.98 (83 kg) has been full of exciting events. Daniel Baldwin has five children. His first wife was beautiful Cheryl, with whom he lived only for a year from 1984 to 1985. They had daughter Kahlea Baldwin in this marriage.

Five years after the first unsuccessful marriage, Daniel decided to make a marriage proposal to actress Elizabeth Baldwin, who gave birth to his second child, a girl named Alexandra, in 1994. However, this family did not exist for a long time, and in 1996, the couple broke up.

Since the mid-90s, the actor was involved with a Homicide: Life on the Street co-star, Isabella Hofmann. Their son Atticus Baldwin was born in July 1996 and named after Baldwin’s favorite character in the novel “To Kill a Mockingbird.” The boy has autism.

Two years later, Baldwin became engaged to entrepreneur Robin Sue Hertz Hempel. Although in his youth the actor had problems with drugs, now he has completely forgotten his disastrous past and has the energy for filming and family. He does not post pictures on Instagram and Twitter, considering that happiness loves silence. There are no his naked photos on the Internet either.

In 2019, the 58-year-old actor does not stop shooting in films. Soon several projects will be released. These are the American action films Death Kiss and Devotion, as well as the dramas The Red Man's View and Soulmates.

Daniel Baldwin has a net worth of $400 thousand.