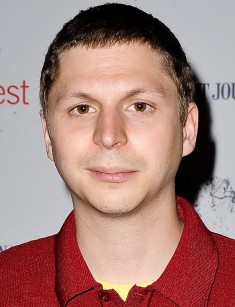 Actor and musician Michael Cera can be hardly called an ideal man, as well as his characters: awkward, shy teenagers. However, he is reckoned among the successful representatives of the “young Hollywood stars." The Canadian became famous for a role in Scott Pilgrim vs. the World, the screen version of the comic book by Bryan Lee O'Malley.

Michael Austin Cera was born on June 7, 1988, in Brampton, Canada, to Linda (née Cockman) and Luigi Cera. His father is Sicilian, and his mother has Irish, Dutch, Scottish, and English ancestry. Both parents worked for Xerox Corporation. The family has three children. There is also an older daughter, Jordan, and a younger daughter, Molly.

The boy became interested in an acting career at the age of 3. At that time, he was ill with chickenpox, and watch the 1984 film Ghostbusters. Michael watched the film hundreds of times and learned all the dialogues by heart. He liked Bill Murray most of all, Cera wanted to become a star like him.

When he studied at school, Michael enrolled in the Second City Toronto and took additional improvisation classes. At the age of 9, the boy was already a professional actor who received offers to play in commercials. The first one was a Canadian hockey player Tim Hortons summer camp commercial. He got more and more filming proposals, and in the ninth grade, Michael had to quit school. Later he graduated from high school as an external student.

The childhood of the young talented boy ended early. In 1999, 11-year-old Michael appeared in 8 episodes of the TV series I Was a Sixth Grade Alien and the film Switching Goals starring the Olsen sisters. A year later, the boy played in the biographical movie Steal This Movie! about the American sociologist, Abbie Hoffman, and his wife, Anita.

The first serious project in Cera’s filmography was George Clooney's film Confessions of a Dangerous Mind about Chuck Barris, a real author of television shows who worked for the CIA and led a double life. The boy played the role of young Chuck.

In 2003, Fox began broadcasting the series Arrested Development about the Bluth family, whose members had mental problems. So, father George seeks to control the lives of his relatives, even being in prison. Son Michael suffers from the death of his wife, and therefore does not notice that his child George Michael (Michael Cera) becomes a reserved and anti-social child.

The comedy series showed the problems of modern society: alcoholism, lack of independence, self-obsession, laziness, rebellious behavior. Film critics also appreciated the urgent issue of the plot. In 2005, the project won the Golden Globe Award and was listed as one of Time magazine's "100 Best TV Shows of All-Time". In 2006, Arrested Development was canceled due to low ratings.

Later, Michael and his best friend Clark Duke released a series on the Internet about two novice producers who wanted to become famous, but they did little to achieve the goal. The guys played the leading roles.

Duke shot the short videos for his film school studies, so the actors did not expect to succeed. But in 2007, the CBS channel offered a contract to release the series, Clark and Michael. Later, the mini-series featured famous guests such as comedian David Cross, actors John Hill and Joe Lo Truglio and others. 10 episodes were broadcast.

In 2007, Michael starred in the teen comedy Superbad. The film tells about graduates, Seth (Jonah Hill) and Evan (Michael Cera), who want to lose their virginity at a school party. The guys promise to buy alcohol to look like adults, but there is a problem because they are under 21.

The stale plot did not prevent Superbad from grossing $ 33 million during the first week, and $ 18 million in the second one, although its budget was $ 20 million. As a result, the film grossed $ 169.9 million in the USA, Canada, and the UK, and became the highest grossing comedy. In 2012, it was surpassed by 21 Jump Street, which earned $ 201.5 million.

In 2007, Cera also appeared in Juno as Paulie Bleeker, a boyfriend of the 16-year-old pregnant title character, Juno MacGuff (Ellen Page). For these two roles, Michael won Breakthrough Artist in the Austin Film Critics Association Awards and was included in Entertainment Weekly's 30 Under 30 list along with Elijah Wood and Chris Evans.

In subsequent years, Cera continued to play in comedies: Nick and Norah’s Infinite Playlist and Extreme Movie (2008), Paper Heart, Year One and Youth in Revolt (2009).

In 2010 the most recognizable film in the actor's filmography Scott Pilgrim vs. the World was released. In the story, musician Scott battles the seven exes of his girlfriend, Ramona. The film renders the comics visually. Such an effect cost $ 90 million, but the film earned only $ 47.7 million at the box office, despite positive reviews of film critics. Directors Quentin Tarantino and Jason Reitman spoke well of the film.

In 2012, Cera made his theater debut. He played in the production of Kenneth Lonergan This Is Our Youth at the Sydney Opera House. Two years later, the actor joined the cast again, performing in Toronto and on Broadway.

In 2013, the series Arrested Development was revived on Netflix, and Cera participated in the shooting as matured George Michael. At the same time, the actor appeared in two films Crystal Fairy & the Magical Cactus and Magic Magic directed by Sebastián Silva. The movies were shot in Chile. For these projects, Michael studied Spanish for 5 hours a day.

"My dear friend Michael Cera is not only a brilliant actor but also a great musician."

In 2015, Cera played in Sofia Coppola's comedy A Very Murray Christmas with his idol Bill Murray. According to the plot, the actor's Christmas show is in jeopardy because the stars cannot come to the shooting due to heavy snowfall. Michael played the role of a one-of-a-kind agent, who finds talented performers within a short time.

Later, one more dream came true. Cera admitted in an interview that he was a big fan of David Lynch, and in 2017 he was lucky to play in the continuation of the cult TV series Twin Peaks as Wally Brando Brennan, a son of Sheriff Andy Brennan. This character is a tribute to Marlon Brando because Wally was born on the same day as the legendary Hollywood actor.

At the same time, the film Molly's Game was released, in which Michael Cera played the role of a poker player. The young man imitated the playing style of three celebrities Leonardo DiCaprio, Tobey Maguire, and Ben Affleck.

In 2010, Cera began dating Aubrey Plaza, who played the role of Julie Powers, during the shooting of Scott Pilgrim vs. the World. The couple nearly got married in Las Vegas. A year and a half later, the young people broke up. Aubrey confessed in an interview:

“We love each other; we are still good friends. We share a common language. Michael is one of the funniest people I know.”

There is no further information about Cera’s personal life:

“I started working at the age of nine, so I have been very short of time for anything but my career.”

In March 2018, the actor returned to the theatre stage and played on Broadway in another production of Kenneth Lonergan Lobby Hero. Chris Evans and Brian Tyree Henry also participated in the production. Cera and Henry were nominated for the Tony Award for Best Performance by a Featured Actor in a Play, but none of them received the award.

Now Michael is working with Julianne Moore on the drama of Chilean director Sebastián Lelio entitled Gloria Bell, while also shooting in the fifth season of Arrested Development. 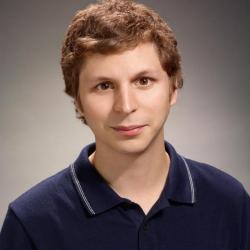