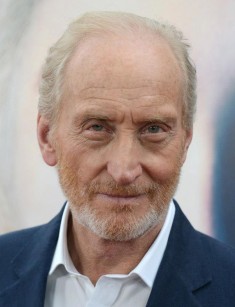 Charles Dance is a British actor, scriptwriter, and director. He is known for his works in the series Game of Thrones, And Then There Were None and Fingersmith and also in the movies The Phantom of the Opera and Rebecca.

Charles was born in the English County of Worcestershire in the town of Redditch. His father Walter Dance worked as a civil engineer, and his mother Eleonor Perks was a cook. When the boy hardly turned four, his father suddenly died. His mother was forced to take her little son to her relatives in Plymouth where Dance grew up and received the education.

Dance attended good Plymouth School of Arts, and at the high school, he was studying at the private boarding school in Leicester where the young man chose the specialty in the area of design and photo. Charles entered the college on the same specialty and began to attend the theatrical circle and understood rather quickly that he wanted to become an actor.

Charles Dance gave up his studies at the education institution and began to take personal lessons of the acting skills at the professional master. Nevertheless, in the beginning, the young man hasn't managed to achieve success in this sphere. To earn his living, Charles got the job at London theater as a costumer and a stagehand. Only in 1970, Charles began his acting career. Dance started to appear on the stage in the performances. But already by the middle of seventies Dance has been invited to the troupe of Royal Shakespeare Company where he appeared in the best plays of the legendary playwright.

His theater career allowed Charles Dance to conquer the movie industry. At first, the actor appeared on the television in the TV plays; later he took part in the popular daily series Father Brown, Raffles, The Professionals. The spy thriller about James Bond - For Your Eyes Only has become the first picture which drew the attention of the public and directors to the actor. Moreover, there was released the historical drama The Jewel in the Crown which brought him broad popularity.

Later there came out the following projects - the picture The Golden Child which tells about the boy with mystical abilities who was kidnapped by the villains. The character of Eddie Murphy becomes the savior of the child. The actor played the role of Raymond Brock in the melodrama Plenty in which Meryl Streep performed the role of the Englishwoman, the participant of French "Resistance." In the adventure fighter, Last Action Hero featuring Arnold Schwarzenegger about the magic ticket which helps to get into the movie while watching it Dance has transformed into the local villain – Benedict.

The musical The Phantom of the Opera and the third part of the horror movie Alien in which Charles Dance also took part have become extremely popular. The detective thriller China Moon turned out to be an interesting project for Charles Dance. This movie tells about the policeman, whose mistress kills her own husband and asks her lover to help her. Dance has performed the role of deceived husband Rupert Munro who later was killed.

The actor received his next considerable roles in the Gothic drama with detective elements under the title Rebecca, in the comedy Don’t Go Breaking My Heart, the historical picture Henry VIII, the screen adaptation of the classical novel Bleak House and the crime drama Fallen Angel.

In the summer of 2010, it was announced that Charles Dance would join the extremely popular fantasy series Game of Thrones. Here the actor performed the role of the head of Lannisters - Tywin Lannister. Also from the latest works It’s worth noting the horror movie Dracula Untold, the parody horror Pride and Prejudice and Zombies, the melodrama Me Before You and the latest work, the comic fighter Ghostbusters. In the latter movie, the actor worked together with Kristen Wiig and Melissa McCarthy.

Fantasy is a favorite genre of the actor, and in 2014 the actor enriched his filmography with the movie Viy directed by Oleg Stepchenko. The movie was released in the 3D format. Except for the foreign movie stars, Valeri Zolotukhin, Aleksey Chadov, Andrey Smolyakov, Nina Ruslanova took part in this movie. Charles Dance received the role of Lord Dudley. The same year the actor appeared in the role of Master Vampire in the full-length fighter Dracula Untold.

Later the actor played a role in the drama Woman in Gold about the Jewish family who suffered persecution during the Second World War. Also, he took part in the Child 44 about the investigation of brutal assassinations of children in the USSR in the early fifties. The drama Despite the Falling Snow in which Dance performed the major role is also dedicated to the Soviet Union theme. In 2015 Charles played joined the main cast of the horror movie Victor Frankenstein where he played the father of the leading character Victor (James McAvoy).

It’s worth noting Charles Dance’s work as a director in the movie Ladies in Lavender. For this musical melodrama, the actor has written the script and invited two brilliant British actresses - Judi Dench and Maggie Smith to play the main roles.

Almost at the same time with the beginning of the acting career Charles Dance was no more a bachelor. At the beginning of 1970, the actor married his beloved Haythorn who gave birth to their two children: son Oliver and daughter Rebecca. Charles and Joanna have lived together for 34 years. Though when their feelings have changed, they decided to divorce.

Later the actor had a love affair with the young actress Sophia Myles, though it hasn't lasted for a long time. In 2010 he engaged with the actress Eleanor Boorman who is a sculptor by her specialty. Though once she even appeared with Charles in the melodrama Paris Connections. Though their engagement hasn't led to the marriage even though their daughter Rose was born in 2012.

For the merits in his native country, Charles Dance was awarded the title of the officer of Order of the British Empire in 2006. There is an official page on Instagram on behalf of Charles Dance as well as of many other stars of the series Games of Thrones. Here there are published the photos of the actor and the shots from the series.

At present, the actor continues to appear in high-rate projects. In 2016 Dance played a role in the melodramatic horror movie Pride and Prejudice and Zombies, the parody on Jane Austen’s novel. Natalie Portman has become the producer of the project. Charles Dance has tried the character of Mr. Bennet, the father of the leading character Elizabeth (Lily James). In the new version, the girl is fond of the martial arts.

The actor received on more role in the British melodrama Me Before You about the girl Louise (Emilia Clarke) who is looking after the paralyzed young man Will (Sam Claflin) who is preparing to euthanasia. Even the feelings that flashed between them couldn't make Will change his mind. Charles Dance performed the role of the young man’s father in this picture.

In 2017 the actor enriched his filmography with the role in the fantastic fighter Underworld: Blood Wars in which Dance received the role of the elder vampire, the father of the leading character David (Theo James). Moreover, there was released the fighter Viy 2: Journey to China with the participation of the actor. Also, it is announced that Dance will appear in the fantastic fighter Godzilla: King of the Monsters which now is being shot at the present period.

Charles Dance is mastering producer's skills as well. Together with Peter Dinklage and Frank Doelger, the actor supervises the TV adaptation of Quasimodo which is shot for Atrium TV company. 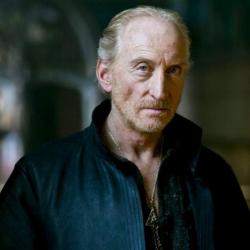