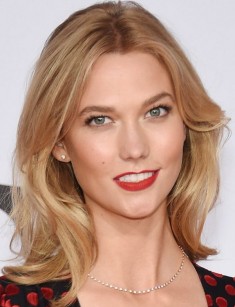 Karlie Kloss's life is an ideal story about the beautiful, clever and funny princess who is demanded in her work, who is loved in her relationship and is almost "idolized" by the best Fashion Houses of the world. She is a model, muse, philanthropist and she loves cookies – these characteristics are an addition to her perfect portrait.

The future star Karlie was born on the 3rd of August, 1992 to Chicago, Illinois. Her parents are emergency physician Curt and a freelance director Tracy Kloss. Karlie has three sisters whose names also begin with the letter "K": Kathryn, Kariann, and Kimberly. The American model has Danish, Polish and German roots.

When the girl was two years old, her family moved to St. Louis, the State of Missouri. The city was called in such a way by the French colonists in honor of Louis IX, and it gained the fame of one of the most dangerous towns in the USA because of the crime rate. Nevertheless, this town and not Chicago became native for the future model.

The girl was studying at high school in Webster Groves from which graduated the dozens of well-known students including the popular TV host Russ Mitchell, the Olympic sprinter Tommie Turner, and hockey player Scott Mayfield.

In 2005 Karlie entered Gallatin School of Individualized Study at New York University where the students choose the disciplines on their own and make their schedule according to their interests.

Before getting to the model industry, Kloss was interested in the ballet and successfully studied at Caston's academy. By the words of the girl, the exercises at the barre and dancing in pointe shoes have helped her to achieve good posture and balance which are necessary for the successful appearance on the fashion displays.

Karlie had her first experience in the model business in 2006 at the age of fourteen. She took part in the shootings for the cover of Scene Magazine in Chicago where she was born. At that time the girl cooperated with Chicago Department of Elite model agency which sent her photos from the shootings to their New York office. They also helped the future supermodel to move to New York.

The photoshoot for the children’s clothing line of Abercrombie fashion brand became Karlie’s first work on the new place. She was lucky to work with Bruce Weber who was famous for the fashion advertising campaigns for Calvin Klein, Ralph Lauren, Versace, and other brands. At the beginning of 2008, Karlie transferred to the new model agency - NEXT Management which presented to the world Anja Rubik, Petra Němcová, Isabeli Fontana and other star models of the podiums.

During the New York Fashion Week, the model appeared on the podium more than thirty times, including the opening of the fashion display of Carolina Herrera and the closing of the fashion parade of Marc Jacobs. The world capitals of fashion – Paris, Milan just flashed in her working schedule, and she had more than sixty shows during the season.

The same year Elite model agency filed a lawsuit against NEXT model agency which allegedly "stole" the young talent. The claimant noted that they had opened the talent of Kloss for the world and provided him with work. The lawsuit between the model agencies was over in a pre-judicial order.

During her career, the model has cooperated with about dozens of remarkable and eminent brands among which there are the following - Yves Saint Laurent, Dolce&Gabbana, Dior, Donna Karan, Nina Ricci, Chloé, Lacoste. Kloss has become a muse for the scandalous English fashion designer John Galliano, and he more than once invited her to take part in Dior fashion displays when he was an art director of the fashion house.

One of her key achievements in cooperation with Victoria's Secret which continued from 2011 till 2013. Kloss has grounded herself in the status of the supermodel of the 21st century due to the participation in the displays of "angels." The model finished her cooperation with the brand with the shooting in the video of the summer collection where Kloss appeared in a swimsuit.

Karlie repeatedly appeared in the promo videos of the popular fragrances, including the aromas from Marc Jacobs and Chanel. Moreover, she has become the ambassador of the brands of beauty and make-up products, including L’Oreal, Estée Lauder. Also, she has become the face of the advertising campaigns of Jean Paul Gaultier, Nike, Donna Karan, Lancaster, Swarovski. The model often appears on the covers of the leading fashion magazines all over the world: Vogue, Harper's Bazaar, Numéro.

The athletic body of Kloss admires her fans and conforms with the standards of the modern model industry. Though she is recognized in the fashion industry not due to her parameters but because of her special kind of walk on the podium which is called "capricious." This kind of walk has created Karlie’s unique style and image. However, model’s parameters have repeatedly been discussed.

The model's exact parameters are known for certain. The model is 188 cm tall, and her height varies from 52 to 57 according to the information of different editions. In 2012 the Italian Vogue which published the photos with the slender girl received a squall of critical reviews for the propaganda of unhealthy thinness. However, this didn't prevent the model from appearing in this edition many times even on the cover.

Her colleagues in the model industry appreciate the girl's talent. For example, the star of nineties Molly Sims noted that Karlie would look perfectly at the age of thirty due to her type of appearance, and the supermodel and TV host Tyra Banks called Kloss the favorite model of the present times for her particular beauty.

In April of 2018, her beloved man Joshua Kushner with whom Kloss has had relations for six years made her a proposal. The celebrity has shared this delightful news with her numerous fans on Instagram, having signed their joint photo with the touching words:

"I love you so much that I lack words to describe my feelings. Joshua, you are my best friend and my soulmate. I’m looking forward to our life together forever. I say "yes" to you one million more times."

Joshua is a brother of Donald Trump’s senior adviser Jared who, by the way, is married to the U.S. President's daughter - Ivanka.

Within her work on the podiums, Karlie records videos for her own YouTube channel hosts the show Movie Night with Karlie Kloss on the paid Freeform channel. Moreover, she is engaged in charity activities. For example, in collaboration with DKNY, the star has started the action to support the starving children.

The famous pop-singer Taylor Swift is Karlie’s friend. The girls take part in each other projects. For example, the singer invites Kloss to take part in the shootings of her videos and invites her to the concerts, and the model takes her friend to joint shots and interviews in the fashion magazines.

The model is famous for her spontaneity, ease, and jolly character. She is self-confident and enjoys having fun and doesn't consider the photos without make-up to be something shameful.

At present, the model continues to develop herself in her work.

Having become the ambassador of Estée Lauder, she involved the corporation in the financing of the grant founded by the model for female programmers - Kode with Klossy. What about her personal life, the girl is getting ready for great events: she’s going to converse in Judaism – the religion of her spouse. 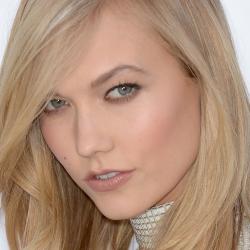