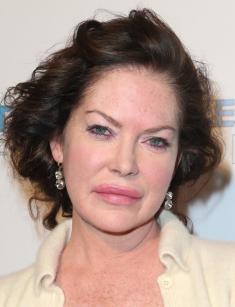 Lara Flynn Boyle in the movie Men in Black IIThe American press wrote about the Hollywood actress Lara Flynn Boyle as about the star of experimental and independent cinematography and "the charming careerist." Recently the journalists began to give her labels as "the former dream girl." But the fans of the series Twin Peaks remember well the character of Donna, Laura Palmer's friend with aristocratic appearance, and hope that their favorite personage will stop trying to escape from the time.

Lara, the only child in her family, was born in March of 1970 in Davenport, in the State of Iowa. Her father is Irish, and her mother Sally has Italian, Irish and German blood. The Boyles called her daughter in honor of the heroine of Boris Pasternak’s novel "Doctor Zhivago".

At the age of six, after the scandalous divorce of her parents, the girl with mother relocated to Chicago. According to the American measures, Sally gave birth to her daughter at an early age and during all her life tried to provide her in a proper way to give her a good future. Further, the mother will become the closest ally and friend for Lara. They will live together for a long time, and even when the actress will get enough money to have her own lodgment, their houses will be situated close to each other just in ten minutes.

Since childhood Lara knew that she would be engaged in the creative work: she was dreaming of singing or dancing, but in her ambitious plans for the future she wanted to get the post of the mayor of Chicago. However, in a short time, the future actress was diagnosed with dyslexia – inability to get the information from the text in the written form. Then, in order to learn how to express the thoughts and feelings, and to master the skills available at such disease, Boyle began to attend the acting course.

At school, Lara was shy and imperceptible and tried to conceal her congenital disability. At the same time, she early understood that the success of her life was the matter of her actions. After the girl had graduated from school, she went to Los Angeles accompanied by her mother to find ways to develop herself in the acting sphere.

But there were lots of such seekers in the capital of the world movie industry and nobody was waiting for Lara there. Mother and the daughter had to live in the rental apartments and to work partly as waitresses. Finally, Boyle entered The Chicago Academy for the Arts. Such famous people, as the producer and the director Adam Rifkin, actors Robin Tunney, Nan Woods, Cecily Strong graduated from this academy.

Persistent Lara concentrated on her studies. Despite the diagnosis, by the end of the course, she has become the best student and surprised her teachers with the choice of her thesis. She chose the Waiting For Godot written by the Irish playwright Samuel Beckett. In the literary circles, this play is called "the most influential English-language dramatic work of the 20th century". Her college friends have chosen a more traditional way and presented the fragments from Shakespeare’s and the Russian classics’ literary works. The teachers were impressed and predicted that the schoolgirl would have a bright future.

The seventeen-year Boyle debuted on the TV screen in the bit role in the mini-series under the title Amerika. The public began to talk about the young actress after Lara had played the role of Donna Garden in the third part of the horror movie Poltergeist III, which was included in TOP 10 of damned Hollywood movies because of the tragic events that took place during or after the shootings.

After Lara had taken part in the pictures which titles can hardly be called pleasant – the detective story How I Got into College and the drama Dead Poets Society. There is consolation in the knowledge that the beginning actress received the chance to work close to the skilled masters of transformations - Robin Williams, Danny Aiello consoles. In the movie How I Got into College, the little-known actress Sandra Bullock played one of the first roles in her creative biography.

By the version of Time magazine, one of the best series of all times - Twin Peaks is considered to be the major tape in the filmography of Lara Flynn Boyle. By hearsay, the actress even received the possibility to take part in the development of the subject line of the series. Lara allegedly insisted that the leading character performed by Kyle MacLachlan didn’t have close relations with the senior pupil performed by Sherilyn Fenn. The journalists who were present almost everywhere all the time found the reason of such turn of the events: during the shootings of the detective, Lara and Kyle began to have a love affair. However, IT came and in a short time.

The cult series brought the extreme actress popularity. The actress reasonably used her star status – she didn't accept every invitation she received, and due to thorough choose of the offers she gained the status of "the princess of independent cinematography." Though the critics don’t consider these movies noteworthy. Basically, Lara hasn't achieved great popularity, and moreover, she began to have wrong stars in her eyes. Otherwise, how we can explain her refusal to take part in the full-length prequel to the series Twin Peaks: Fire Walk With Me.

Boyle explained her refusal with the fact that she was disappointed with the second season to which there had been invited new scriptwriters and directors, and the unexpected final resulted in the decreasing of the ratings. To be fair, it's worth noting that Lara wasn’t the only artist in the cast, who refused to take part and the prequel turned out to be a failure in the hire.

There are some more or less remarkable pictures of post Twin Peaks period of Boyle – the criminal thriller Equinox, the comedy Baby's Day Out and the fantastic movie Men in Black II.

The actress managed to return her past glory for a while only when she appeared in the law drama The Practice in a strict business suit. This series tells about the life and work of the staff of the law company. Lara Flynn Boyle played the role of the assistant to the district attorney.

Lara made her first attempt at creating a family when she was studying in the academy. She got acquainted with David Spade with whom they had common interests – jazz, Ingmar Bergman's movie and scrabble. Young people rented an apartment, and their relatives were waiting for the announcement of their engagement. But at that time the actress received the offer from David Lynch, and Lara made her choice, not in favor of quiet family life.

Later Lara will have relations with Harrison Ford, Bruce Willis, Clint Eastwood. Her love affair with Jack Nicholson was developing passionately in front of everyone. When the love affair with the star came to an end, the star was suffering a lot and found consolation in the alcohol. That's why later she had to seek the help of Alcoholics Anonymous. The actress was officially married two times: her marriage with John Patrick Dee III lasted for two years. At present Lara is married to the investor Donald Ray Thomas.

The actress doesn’t have official accounts on Instagram and on Facebook. And Lara's photos often appear on the network but unfortunately with some controversial comments about her appearance which has changed greatly.

Boyle doesn’t have children. The celebrity has commented two times on it. She said that she considered her mother to be an exemplary embodiment of motherhood, but she didn't feel that she was responsible enough and she was afraid that her children would lack attention. In another interview, she said that she was a self-sufficient person and that such selfishness won't let her share the love even with the children.

In spring of 2018, the Hollywood actress was included in the list of the celebrities who were buried during their lifetime. The first messages about Lara Flynn Boyle's death appeared on Facebook, but right after this the official representative of the actress assured admirers that everything was alright with the actress.

However, the web community isn't going to leave the actress in peace. On the web, there is spread the information which isn't confirmed that Boyle, perhaps, will appear on the screen in the role of "Bond's girlfriend" in the next series of the franchise.

The anonymous sources refer to the words of the actress who allegedly is preparing to announce about the end of her movie career. The fans of the actress tend to consider the news, even fake news, the evidence of the actress’s decreasing popularity. 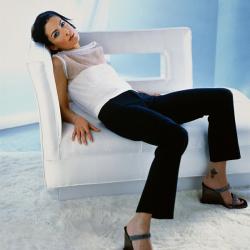