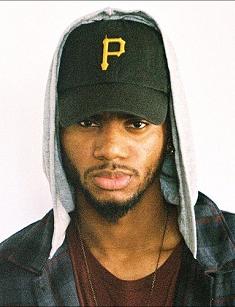 Bryson Djuan Tiller is a famous American singer, songwriter, and rapper whose top songs «Rain On Me», «To The Women», «In The Ride», «Come And Talk To Me», «Before You Judge», «In Check», «Overtime» and many others are known worldwide. In his career, the musician has worked with many rap icons, such as Drake, DJ Khaled, Post Malone, Tory Lanez and Rihanna. Let’s know the secret of his popularity!

Tiller's birthplace is Louisville, Kentucky, the United States. He was born there on January 2, 1993. At the age of 4, he went through his mother's death. As a result, he moved to his granny's – and she brought him up. Bryson has a younger brother. Tiller studied at Iroquois High School. The young star became interested in rap music as a kid – he created his first rap lyrics when he was 15. At the age of 18, Bryson released his first music project – it was a mixtape called «Killer Instinct Vol.1» which consisted of 21 top hits. Two years later, he became a father and had to drop out of school. To earn a living, he worked at Papa's Pizza and UPS.

October 2014 was marked by Tiller's debut single «Don'T» – he published it in his account on SoundCloud. After it, he started grabbing some attention from other musicians. Bryson officially released the track on iTunes for digital download in May 2015, - it became the leading song of his first album. «Don'T» got to the 13th place on the Billboard Hot 100. K Camp, Mila J, Sevyn Streeter, DRAM, and WSTRN have remixed the track. Interestingly, this song is dedicated to his girlfriend.

Through working with such stars as producer Timbaland and rapper Drake, Tiller got acquainted with a famous label RCA Records – they subsequently signed a deal on August 25, 2015. Besides, OVO Sound record label offered Bryson to sign a contract, but he denied. In September 2015, Tiller was included in the list of «10 New Artists You Need to Know» by Rolling Stone.

Two years after releasing his first song, Tiller pleased his fans by a debut studio album called «Trapsoul.» Initially, it reached No. 11 on the US Billboard 200 and later got to number eight. After the release of his breakthrough album, Tiller became a standout in the R&B genre for his introspective lyrics, syrupy production, and stylistic comparisons to artists like Drake and The Weeknd. The album's second song «Exchange» (In My Feelings) peaked at No. 26 on the Billboard Hot 100. Due to the track, Bryson was nominated for Best R&B Song. The collection's third track «Sorry Not Sorry» got to the 67th place on the Billboard Hot 100. The album was included in such lists as Complex's The Best Albums of 2015, The Root's 10 Favorite Albums of 2015, and PopSugar's The 24 Best Albums of 2015.

In January 2016, Bryson embarked on a concert tour «Trapsoul» for promotion of the album with opening act «THEY...» On March 12, 2016, Louisville Mayor Greg Fischer gave Tiller the key to the city and named March 12 as «Bryson Tiller Day.» In May 2016, Tiller appeared on TV-screens with a song «Exchange» on the Late Night with Seth Meyers show. On June 26, 2016, the singer performed at the BET Awards, where he also was honored with Best New Artist Award and Best Male R&B/Pop Artist Award. The same year, Tiller alongside rapper Future took part in the recording of DJ Khaled's studio album «Major Key»'s song «Ima Be Alright.» Also, the musician helped Travis Scott with the track «First Take» from his second studio album, «Birds in the Trap Sing McKnight.»

As a person who has managed to become popular until his 30s, Bryson was included in magazine's «30 Under 30», a list of young successful entrepreneurs, entertainers, and celebrities in January 2017. The same year, in Social Media Tiller announced his second studio album's name – «True to Self.» He stopped working on it in spring. Earlier this year, Tiller briefly discussed the recording process of «True to Self» on Twitter, writing

«Sophomore album complete. I always feel like I got a lot more to say whenever I'm "done," but I'll save it for the next one, I guess.»

Tiller also said the album was heavily influenced by the 1990s artists that made him interested in music in the first place. The liner notes pay homage to Mary J. Blige, Brandy, Tamia, and others. He also sampled their music in his songs.

It was planned to be released on June 23, 2017, but the musician decided to publish it one month earlier – on May, 26. Initially, it peaked at No. 1 on the Billboard 200 and earned 107,000 album-equivalent units, of which 47,000 were pure album sales. It became Bryson's first number one album in the country. That time the singer also published the songs «Honey,» «Somethin Tells Me» and «Get Mine.»

In June 2017 Tiller became a partner with Nike, Inc. to provide a new Wyandotte Park for children and teens.

The same year Bryson worked alongside Rihanna on DJ Khaled's track «Wild Thoughts» – the fourth single of his 10th studio album called «Grateful.» The song got to the second place on the Billboard Hot 100 and to the first place on the UK Singles Chart. In August 2017 Tiller's track «Insecure» which is the title song for the HBO «Insecure», was released. It was recorded with Jazmine Sullivan. In January 2018, he performed «Wild Thoughts» with Rihanna and DJ Khaled at the 60th Annual Grammy Awards.

Speaking about people Tiller is inspired by, he has noted that Omarion was the first to influence on him. According to Bryson's words in an interview, his Uncle introduced the singer to him when he was a child. So, Tiller listened to Omarion's first projects and became inspired for creating his own music.

Besides, Singer The-Dream has also been named Tiller's main influencer. Bryson noted that when he started listening to The-Dream a lot, he really got into writing songs. Tiller liked the way the musician put lyrics and made his songs. That's why Bryson was motivated for writing songs. Actually, according to him, he had never really wanted to be an artist. He just really wanted to write songs. But of course, he couldn't get placement unless he demoed the songs.

Generally, Tiller's music is described by him himself as «trap and hip-hop-influenced R&B, the perfect marriage between hip hop and R&B.» When journalists asked him why he chose rap not a pop, he said there were things in the world which pop was not able to express – unlike rap. During the recording of True to Self, Tiller has been struggling with depression, which according to him can be heard in the music and was the reason for the album's disappointing commercial performance.

According to Justin Charity of The Ringer,

«Tiller's lack of a full-time public persona is one of the young R&B singer's most endearing qualities.»

Tiller’s net worth is evaluated at $3 million.

Tiller had a longtime girlfriend, Markea Bivens. The couple has a young daughter, Harley.

Tiller and Bivens' current relationship status wasn’t clear. Based on his Instagram photos, he is involved in raising their daughter, but Bivens herself hasn't been in any photos with him in months. She was last seen in Halloween photos.

In June 2016, he posted a photo of Bivens with their daughter and only a heart emoji in the caption. However, the two were not engaged.

There is a scandal which has occurred with their family. So, Bivens' mother, Barbara Brown, dated Kerry Porter, a Kentucky man who spent 14 years in prison for a murder he didn't commit before he was exonerated. In 2012, Brown accused him of choking her and pointing a gun to her head.

Bailey is famous for her vlogs on YouTube, which prominently feature her brother, Beau Bailey. She has also taken up modeling and has been gaining attention for her makeup tips.

She has shared a picture on Instagram with Tiller. They appear to be in a vehicle wearing matching sweats for the “rainy day.”

Her 172K+ followers and many of Tiller’s fans flooded the post with comments expressing their surprise. While it doesn’t appear to be an outright confirmation of their relationship, many think they are a couple and are sending them love.