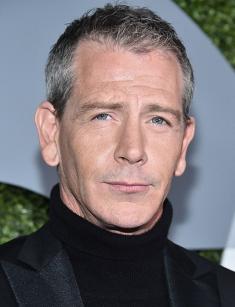 Ben Mendelsohn is an actor of Australian descent. He became famous for the film The Dark Knight Rises, The Place Beyond the Pines, Ready Player One. In 2019, Ben has joined the cast of the Marvel Cinematic Universe film franchise, starring in the movie Captain Marvel.

The actor’s full name is Paul Benjamin Mendelsohn. He has nothing to do with the composer of the same name. His ancestors were among the first Prussian Jews. The boy was born on April 3, 1969, in Melbourne. The father was a famous scientist and medical researcher. Mendelsohn Sr. headed the Florey Institute of Neuroscience and Mental Health. The mother worked as a nurse.

Benjamin was the third child in the family. The parents raised him and two brothers, David and Tom, in a friendly atmosphere. Ben lived with his mother and brothers in the United States and Europe for a long time, but in adolescence, he returned to his homeland.

In his youth, Benjamin caused a lot of troubles because he was a bully. At the age of 13, the young man managed to start a fire at the school; thus, he was expelled. Teachers thought Mendelsohn was a troubled teenager, but he also had positive features.

His passion for theater and acting at Eltham High and Banyule High schools explained his hyperactivity. However, some teachers assumed that Ben chose this sphere because it was easy to study there and pass the exam.

Mendelsohn went through crises and tried to overcome them using drugs and alcohol. His family had a hard time, as the young man became unpredictable and behaved inadequately. So, he expressed his inner rebel.

Ben Mendelsohn found a way to burst his energy on the set. Having improved acting skills, the young man tried himself as an actor on television. He got the first role when he studied in a high school. Ben was invited to play bit parts in series, including The Henderson Kids. The actor made his debut in 1986 in the project, which was broadcast on foreign channels and entitled The Still Point.

A year later, the producers of the movie The Year My Voice Broke gave the novice actor the opportunity to show his skills in a full-length project. For the role of Trevor Leishman, Mendelsohn won the AACTA Award for Best Actor in a Supporting Role.

The first success gave rise to Mendelsohn’s career. In the 1990s, the actor became famous. He was invited to work on the film The Expert, which won the Crystal Globe Award. In 1992, the film Spotswood was released, in which Russell Crowe and Anthony Hopkins were Mendelsohn's colleagues. The project became one of the most financially successful films in Australia.

Ben worked with Hugh Grant on the set of the film Sirens. It was followed by the film Amy and a movie duo with Rachel Griffiths. In 2000, he got a role in the project Vertical Limit. The film, in which the actor played an experienced climber, was nominated for the BAFTA Award for Best Special Visual Effects.

2005 was marked by the shooting of the historical project The New World, which depicts the colonization of Native Americans in the 17th century. Christian Bale and Colin Farrell also participated in it.

Soon, the actor’s filmography included the TV series The Secret Life of Us and Love My Way. He had an unusual experience playing in the film Knowing, in which Ben Mendelsohn collaborated with Nicolas Cage. The film was shot in his native Melbourne, so he enjoyed the process.

In 2010, the film Animal Kingdom premiered. Benjamin portrayed a criminal who had recently been released. For his role in the drama, the actor received several awards and was also named by GQ Australia as Actor of the Year. His photos appeared in the most popular glossy magazines.

As an in-demand actor, he was invited to work on the film The Dark Knight Rises. The film was a success, as well as the next role of the actor in the movie The Place Beyond the Pines. Both projects premiered in 2012.

Benjamin received a lot of offers from famous Hollywood directors. In 2014, he starred in the TV series Bloodline, which aired on the Netflix channel. Mendelsohn was nominated for the Golden Globe Award and won the Primetime Emmy Award for the role of a man who made his family recall unpleasant moments of the past. The actor starred in the series until 2017.

Two years later, fans were happy to see their idol in the film Rogue One. In this installment of the franchise, the actor played the role of Orson Krennic. The shooting in the movie was his dream.

In 2018, Joe Wright’s drama Darkest Hour, with the participation of Ben Mendelsohn, premiered. The film tells the story of King George VI. The film also starred Gary Oldman, who played Winston Churchill. The next major project was Steven Spielberg’s film Ready Player One.

While the actor’s career was developing, he had relationships with Australian fashion model Kate Fisher. Then the press wrote about his love affair with actress Justine Clarke. The charming and charismatic young man attracted the attention of women, but the relationship did not turn to marriage. Author Emma Forrest, who had previously dated Colin Farrell, became the wife of Benjamin Mendelsohn.

The wedding took place in the summer of 2012. It seemed that Mendelsohn’s personal life was happy. The couple wanted to have children, and in 2014 their daughter was born. By the way, she became the second child for Ben because the actor acknowledged paternity of a child from a previous relationship. The family life of the actor did not work out. In 2016, the couple divorced.

The biography of Ben Mendelsohn is inseparably associated with cinema. Now directors and producers offer the actor roles of real heroes. In 2018, the movie Robin Hood was released. Jamie Dornan and Jamie Foxx also appeared on the set.

In 2019, the film Captain Marvel premiered, in which Mendelsohn played Talos, the leader of Skrull. The actors involved in the projects of the Marvel studio keep their participation in the shooting in secret and do not give interviews regarding new films. Therefore, the news about the work of Mendelsohn surprised his fans.

The same year, the film The King premiered, in which Benjamin Mendelsohn portrayed King Henry IV.

An acting career helped the actor to forget about his addictions, and nowadays he is one of the trustees of a charitable trust. The organization aims to help children whose parents are addicted to drugs. Ben, who experienced the addiction to prohibited substances, tries to lead a healthy lifestyle and cares about his well-being. Mendelsohn is 5.90 ft. (180 cm.) tall, and his weight is 171,96 lbs. (78 kg).

Fans have created several fan pages on Instagram dedicated to their idol and publish information about the career of their favorite actor. 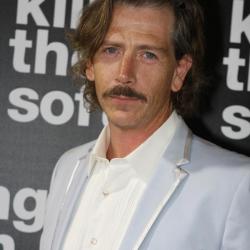