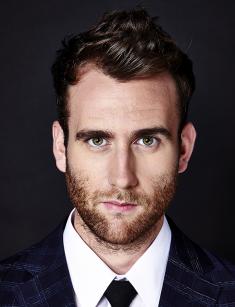 Matthew David Lewis is a British TV presenter, theater and movie actor; he is known for the role of Neville Longbottom in the Harry Potter screen adaptations, Jamie Bradley in The Syndicate, and Corporal Gordon in Bluestone 42.

The would-be actor was born on June 27, 1989, into the large family that lived in Leeds, West Yorkshire. He was the third child of Adrian Lewis and Lynda Needham; his elder brothers, Chris and Anthony, are also actors. Soon after the boy was born, the parents moved to Horsforth, not far from Norwich.

The boy was educated at St. Mary's Menston Catholic Voluntary Academy. The parents saw their elder children’s acting talents and had no doubts the youngest was equally talented; they frequented auditions. Five-year-old Matthew appeared on the TV screen and had episodic roles in popular TV shows. When the boy read J. K. Rowling’s book about Harry Potter, he dressed like the magician and pretended he was Harry. At that period, Lewis could hardly imagine he would receive a role in the book adaptation.

The actor not only participated in movies but also worked on theater plays; he debuted in 2011 and personified Lester Cole in Agatha Christie's Verdict. Besides, the artist gained one of the lead parts in Our Boys with Laurence Fox, Cian Barry, and Arthur Darvill. It was performed from September 26, 2012 to December 15, 2012 at the Duchess Theatre in London.

In 1995, the actor debuted in the TV drama movie Some Kind of Life. However, Lewis is more famous for the role of Neville Longbottom in eight Harry Potter movies.

During the filming of Harry Potter and the Order of the Phoenix, Helena Bonham Carter who personified Bellatrix Lestrange accidentally injured the young actor’s eardrum when she touched his ear with her wand. Lewis could not hear with his right ear for several days; luckily, he recovered soon.

On July 7, 2011, Joanne Rowling delivered a speech confined to the premiere of Harry Potter and the Deathly Hallows – Part 2. She emphasized there were seven best Harry Potter actors and called them “Big Seven”. Matthew Lewis was one of them along with Daniel Radcliffe, Rupert Grint, Emma Watson, Tom Felton, Evanna Lynch, and Bonnie Wright.

Before the premiere of Harry Potter and the Deathly Hallows, the actor played a reporter in an independent movie The Sweet Shop by the English director Ben Myers. In 2012, he personified Jamie Bradley in the series The Syndicate by Kay Mellor; it was aired on BBC.

In July 2012, Matthew appeared in the music video “Filth by Band of Buriers” with the actress Lily Loveless; they portrayed a couple. Further on, the young man gained the role of Dodd in Wasteland, or The Rise by Rowan Athale. The movie participated in Newport Beach Film Festival and appeared on the screens on April 28 and 29, 2013.

In June 2016, the audience saw Lewis as Patrick in Thea Sharrock’s romantic melodrama Me Before You. Emilia Clarke who played Daenerys Targaryen in the series Game of Thrones became his stage partner.

On July 24, 2012, the actor got an honorary Master of Arts degree from Leeds Metropolitan University for his contribution to art and charity work.

Whenever Matthew is free, he devotes time to his favorite hobbies: rugby and fight-night matches. Besides, he often visits social events.

At some moment, rumors had it the actor was gay. However, he met his girlfriend Angela Jones at a party. The young people felt attracted to each other and started dating to engage soon; the wedding took place n 2018.

Lewis played an awkward teenager with crooked teeth in Harry Potter movies. Today, he looks totally different. Although Matthew does not do sports and likes to have a beer and a piece of pizza with his friends, he is athletic. The actor’s height is 6 feet (183 cm.), and his weight is 156.53 lbs. (71 kg.); many fans adore him and look forward to new shirtless photos.

Lewis marks he has grown out of the magician boy movies. In 2018, the actor appeared in Vaughn Stein’s thriller Terminal and played Lenny.

The young man continues to work at the theater. In July 2016, Lewis participated in Unfaithful by Adam Penford and Owen McCafferty; he personified Peter. The performance was held from August 25 to October 8, 2016. Sean Campion, Niamh Cusack, and Ruta Gedmintas also appeared in the play.

Instagram users can see the young man is passionate about numerology. Matthew believes that eleven is his happy number: he received the breakthrough role in Harry Potter when he was eleven. The actor has a tattoo on his arm with this number to emphasize this connection.

The young man is going to develop his acting career in movies and theater performances; he also dreams of joining the Royal Air Force.