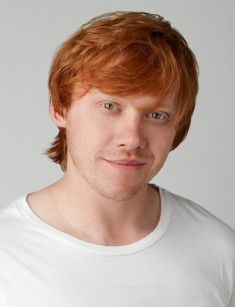 Rupert Alexander Lloyd Grint is a British actor who earned his fame in his childhood when he played the magician Ron Weasley in the Harry Potter movie series.

The future actor was born in Harlow, Essex, into a large family. The boy’s father, Nigel Grint, was engaged in souvenirs trade for tourists; the mother, Joanne Parsons, kept the house and brought up five children. Rupert was the eldest child; he has a brother James and three sisters: Georgina, Samantha, and Charlotte. When Rupert was working on one of the Harry Potter movies, the parents divorced.

Before the boy went to school, he wanted to become an ice-cream vendor. As he entered the St Joseph primary school, he took an interest in school performances and began to dream of theater. Young Rupert went through challenging auditions and turned into an international star. Five years later, he gave up studies to concentrate on his movie career.

In addition to cinematography, the actor works as a radio show host and at BBC public televisions; he voices animated and documentary movies.

When Rupert Grint heard about the casting for the roles of the young magicians in Harry Potter, he was eleven. The boy was a passionate fan of Joanne Rowling’s books; he wanted to try himself. Rupert had no acting experience; he created a rap song to showed how he wanted to play Ron Weasley in the movie and asked his mother to send the recording.

Eventually, the boy received the long-awaited role in the fantasy series; he became a global star as well as Daniel Radcliffe, Emma Watson, and Tom Felton. Later, the actor participated in other parts of the teenage saga that was popular in many countries.

Except for Harry Potter, Rupert has something to be proud of. At 13, he played the red-haired child prodigy in the family comedy Thunderpants. Several years later, Rupert Grint and Laura Linney who played Ron’s mother in Harry Potter, collaborated in the drama Driving Lessons that told the story of the unusual friendship between an old eccentric actress and a shy teenager.

At that moment, Rupert could not drive; moreover, he was under-age. Thus, the scenes where the actor took the driver’s seat were made at a private territory, far from the police.

In 2009, Rupert appeared in the movie Cherrybomb with Robert Sheehan; later, they had another chance to cooperate in the comedy Moonwalkers.

The actor took part in the comedy Wild Target. Bill Nighy and Emily Blunt were his stage partners.

Two years later, Grint participated in the historical anti-war movie Into the White based on a true story. Two flight crews from England and Germany hide from a snowstorm in a hunting lodge in Norway. To survive, the enemies have to become allies. Rupert played one of the main characters, Robert Smith.

In 2016, the movie Eddie the Eagle starring Taron Egerton and Hugh Jackman came out. Rupert Grint is known to have failed the auditions; rumors had it the actor began to abuse alcohol and even drugs after that.

In the past, there were many speculations about Rupert Grint’s girlfriends: he was said to date the British singer Lily Allen, the actresses Katie Lewis, Kimberley Nixon, and Georgia Groom. The actor was also considered to have a romance with his Harry Potter partner Emma Watson. However, according to the young man, he saw Emma as a sister; for this reason, it was difficult for them to kiss in front of a camera.

The media often claim that Rupert has had a relationship for several years and keeps his girlfriend’s name secret. However, other sources insist the artist is single. Rupert is used to such rumors. In one of his interviews, he said he did not like beauties – he preferred unusual girls with a great sense of humor.

Similar to Ron, Grint has arachnophobia: he is afraid of spiders. The actor is a passionate fan of the English Football League; he tries not to miss the matches of his favorite team, Tottenham. In his childhood, Rupert learned how to ride a one-wheel bicycle.

Unlike Draco Malfoy and Ron Weasley who hate each other in the Harry Potter universe, Tom Felton and Rupert Grint are food friends. Once, they were wearing similar T-shirts. Grint’s T-shirt said: “I love Draco Malfoy,” and the message on Felton’s T-shirt was: “I love Ron Weasley.” In addition, the actors appeared in commercial photo sessions together.

The young man spends a lot of time and effort on charity: he sells personal clothes on charity auctions and donates the money. Once, he painted a butterfly and auctioned the picture to transfer the money to a children’s fund.

All in all, many actors who appeared in Harry Potter movies are known for their charity activities: for example, James and Oliver Phelps and Bonnie Wright. Together with the Phelps brothers, Rupert made a video about the adventures of a Lego man. The actors remain good friends today.

Rupert Grint has no official Instagram. The actor’s fans manage fan pages and post the actor’s photos published on the Internet and screenshots from his movies.

Although some skeptics claim Rupert’s career is declining, the facts prove the vice versa.

In March 2017, the audience had the chance to enjoy Grint’s acting in the series Snatch; he got one of the lead roles there. His character, Charlie Cavendish, comes from a noble family. He loves to amuse himself and dreams of being involved in a serious crime business. However, he has no necessary touch for that. The series is based on Guy Ritchie’s movie under the same title. The second season came out in fall 2018. It is the first series in Rupert’s career.

Further on, the actor starred in the TV series Sick Note. He played the main character, Daniel Glass, who was always unlucky. Everything changes when he turns out to be terminally ill. As people know about Daniel’s disease, they begin to treat him in a different way. Glass got used to it. When he learns he is actually healthy, he keeps that in secret from everyone.

At the same period, Rupert appeared in the mini-series Urban Myths. The project includes the stories that happened or could happen to some famous people.

In 2017, the drama Enemy of Man was one of the actor’s most significant works. This screen adaptation of Shakespeare’s Macbeth starred Sean Bean, Joe Gilgun, and Stephen Graham. 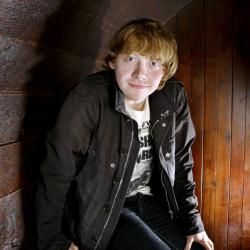