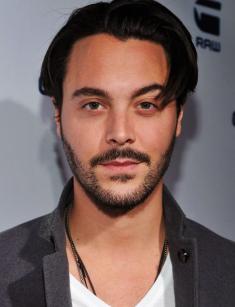 Jack Huston is a British actor who became a Hollywood star after the roles in the fantastic drama The Twilight Saga: Eclipse and the crime series Boardwalk Empire.

Jack Alexander Huston was born in London in December 1982. The boy grew up in a high-ranking British family. The mother, Lady Margot Lavinia Cholmondeley, came from the English noble. The names of his ancestors from the maternal side are well-known: the first English prime minister Robert Walpole, the treasurer of Baghdad David Sassoon, and Mayer Amschel Rothschild, the founder of the banking dynasty.

The father, the actor Walter Anthony Huston, was equally noble: the Hustons are an old English movie dynasty. Jack’s grandfather, John Huston, was a director; the aunt Anjelica Huston and the uncle Danny Huston are popular actors.

With all that being said, Jack Huston could hardly choose anything but acting. The boy realized it at the age of six when he played Peter Pan in an amateurish performance: he wanted to become a famous artist, just like his father and other relatives. Thus, Jack finished school and entered Hurtwood House, a famous theater college in Great Britain.

The beginning actor debuted in the TV adaptation of the drama Spartacus; he played Flavius. It was a successful beginning, and the young man’s career started developing quickly. The secondary roles in the scandalous horrors Shrooms and The Twilight Saga: Eclipse followed. The movie Factory Girl was one of the most successful projects that brought Huston recognition in the world of cinematography.

In the late 2000s, the artist worked on the melodrama Miss Austen Regrets. He personified Dr. Charles Haden attracted to the main character, Jane (Olivia Williams). At the same time, the fantastic action movie Outlander was released; Jack played Wulfric, the leading warrior of his people and the fighter against the monster from another planet.

Soon, the drama Shrink and the comedy Boogie Woogie with Gillian Anderson extended the actor’s filmography. Jack played in the series Eastwick about three housewives who suddenly get supernatural powers.

In 2010, the TV series Boardwalk Empire brought the actor much success. The series was so popular that its creators had to make the sequel; the project lasted until 2013. The lead role brought Jack Huston recognition all over the world and the first prize: Screen Actors Guild Award for Outstanding Performance by an Ensemble in a Drama Series.

It is peculiar that the director was going to give the role of Richard Harrow, the sniper with disfigurement, to another actor, and this character was supposed to be secondary. However, it was Jack Huston’s splendid acting that captured the audience from the first moment he appeared on the screen; the actor’s talent changed the main idea and turned Harrow into the central figure.

The biographical movie Wilde Salome by Al Pacino brought the role of Lord Alfred, the friend of the genius playwright. The next year, Huston participated in the British drama The Hot Potato. The TV series Parade’s End was equally popular among the audience. The series shows a love triangle complicated by the military actions and political disturbances of the early XX century.

At the same period, the actor joined the cast of the comedy Two Jacks and collaborated with Sienna Miller, Billy Zane, and Jacqueline Bisset. It was not the first time the director Bernard Rose collaborated with Huston: they had worked on Mr. Nice. Both projects starred Jack’s uncle, Danny Huston.

In the drama Not Fade Away, Jack gained the lead role of a young man fond of Rolling Stones music so much that he organized his own music group with his friends.

Soon, the actor appeared in the thriller Night Train to Lisbon and the comedy melodrama Posthumous about an artist who found his love. Brit Marling played the main character’s lover.

2013 brought new successful projects: the drama Kill Your Darlings and the crime comedy American Hustle starring many masters, such as Robert De Niro, Jennifer Lawrence, and Bradley Cooper. The latter movie was immensely popular; it had ten nominations for the Academy Awards and seven nominations for the Golden Globe three of which led to the victory.

The actor’s personal life is excellent, just like his career. The actor met his love at the movie set of the hit series Boardwalk Empire that made him popular. Shannan Click appeared in an episode; the romance was developing fast. The couple has been together since 2011, but the lovers are not married officially.

The actor continues to prove he is a universal actor: he looks brilliant in comedies, melodramas, horrors, and dramas. Huston’s filmography is growing year by year.

In 2016, Jack starred in the melodramatic mystic action movie Pride and Prejudice and Zombies. As the story runs, five sisters, ready to marry, have to fight against a zombie army, and Mr. Darcy (Sam Riley) helps them. Jack Huston’s character, Mr. Wickham, supports them as well.

2016 was also marked by the detective comedy Hail, Caesar! about the daily routine of Hollywood celebrities. Suddenly, the lead actor of a new project disappears. George Clooney, Scarlett Johansson, and Channing Tatum personified the main characters. In Ben-Hur, the actor played a former noble who became a slave due to his brother’s betrayal (Toby Kebbell).

Jack Huston does not ignore British projects: he appeared in the military drama Their Finest about the creators of the English cinematography who sometimes had to work under the bombs dropped on London.

In 2017, the actor took part in the military drama The Yellow Birds; in 2018, he appeared in the historical series The Romanoffs. 2019 will bring the crime thriller Above Suspicion and Martin Scorsese’s The Irishman. 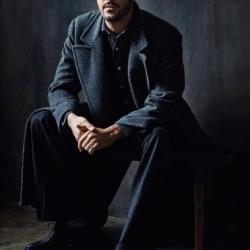