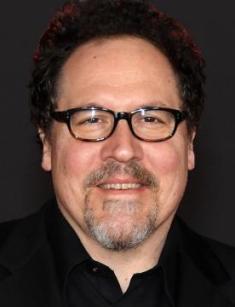 Before the actor became famous, he worked on independent movies. Today, when the man has turned into a Hollywood star, Favreau does not reject secondary roles and strengthens his positions in cinematography.

The would-be artist was born in Flushing, Queens, New York. The parents had nothing to do with theater or movies: the father was a special education teacher, and the mother worked as an elementary school teacher. The boy had Italian, Canadian, French, and Jewish roots.

Five years later, Favreau finished The Bronx High School of Science and entered Queens College. This is where the young man’s energy manifested itself: he quitted the college during his third year and got hired at the largest investment bank Bear Stearns to earn some money.

The next year, Jon came back to the college to leave it the following term: he was eager to pursue an acting career. In summer 1988, Jonathan moved to Chicago and found a job at the improvisation theater Olympic; soon, he went to Improv Institute.

The earnings were small, and the artist had to wash dishes in Chicago bistros. Jon dreamed of cinematography and significant roles, but frequent auditions were not successful. Desperate to build a movie career in that city, the young man moved to Los Angeles.

The debut was good, and the actor was invited to the comedy series Seinfeld the next year; it took the third place at Entertainment Weekly’s top 100 series after The Sopranos and The Simpsons.

In 1996, Favreau’s cherished dream came true: he launched his own project, Swingers, and wrote the script with the lead part for himself. Jon also worked as a producer of the movie and invited his friend Vaughn; Doug Liman was the director. The endeavor was awarded the audience’s recognition and commercial success.

In 1997, Jon appeared in six episodes of the iconic series Friends; he personified Pete Becker. Further on, the artist starred in the biopic Rocky Marciano about the famous American boxer. 2000 was marked with two popular projects: the sports comedy The Replacements and the melodrama Love & Sex.

Fans welcomed the celebrity’s new status in 2001: he debuted as a director and presented his crime comedy Made. Jon Favreau and Vince Vaughn produced the movie and played the main characters along with Peter Falk. The same year, Jon had a cameo role in The Sopranos.

The actor’s career was developing rapidly: he appeared in the action Daredevil with Ben Affleck, the drama The Big Empty, and the comedy melodrama Something's Gotta Give. The latter project was directed by Nancy Meyers and starred Jack Nicholson, Diane Keaton, and Keanu Reeves.

2008 brought the peak of fame: the fantastic sci-fi action Iron Man based on the Marvel comics came out. Jon directed the movie and invited Robert Downey Jr. and Gwyneth Paltrow to play the main characters.

The project was nominated for the Academy Award and BAFTA; the top-grossing results ($585.2 million) spoke for themselves. Jon also personified Happy Hogan, the protagonist’s bodyguard.

The celebrity did not ignore minor roles and short episodes in projects that promised to become iconic. In 2012, Favreau had a small role in the fantasy action John Carter by Andrew Stanton. The next year, he appeared as the lawyer Manny Riskin in the popular black comedy The Wolf of Wall Street with Leonardo DiCaprio. The movie enjoyed many prizes and nominations.

In 2017, the premiere of Jon Watts’s fantastic action Spider-Man: Homecoming took place. It was the 17th picture in the Marvel Cinematic Universe; once again, Favreau appeared as brilliant Happy Hogan.

When it comes to work, the artist is a hot-tempered and active person. However, he is a loving and tender husband and father for his family. In November 2000, Jon married Joya Tillem. Three children were born in this family: the son Max and the daughters Madeleine and Brighton Rose.

The actor posts many family photos on his Instagram. More than 1.2 million people follow the celebrity there.

As the story runs, the Avengers unite with the Guardian of the Galaxy to oppose Thanos who wants to collect six Infinity Stones. The filming took place in Georgia (US), Scotland, and New York.

Spring 2019 has brought one of the most awaited Marvel projects: Avengers: Endgame. Soon, Jon Favreau will present his new work as a director: the adventure fantasy The Lion King, the remake of the 1994 animated movie under the same title.