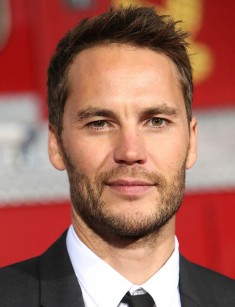 Taylor Kitsch is a talented Canadian actor who, as he says, entered the world of cinematography by accident. Taylor did not plan to work as an actor – he dreamed of the professional sports career. Still, the things worked out in a different way, and Taylor Kitsch is known for his fascinating roles, for instance, John Carter or Remy LeBeau from X-Men Origins: Wolverine.

Taylor Kitsch was born on April 8, 1981, in Kelowna, Canada. The future star’s parents had nothing to do with show business: the boy’s mother worked at a factory, and the father worked in construction. The family was large: Taylor had two elder brothers and two younger sisters.

From an early age, the future actor dreamed of becoming an athlete. Taylor was engaged in hockey and planned to gain best victories. At five, the boy was included in one of the junior teams in Kelowna – it seemed to be the promise of the future success. Unfortunately, Taylor severely injured his knee at practice, and he had to give up the dream.

Under these circumstances, Taylor decided to choose another way: the young man finished the fitness coach course and got interested in nutrition and diet. Kitsch also wanted to help people train. Gradually, he began to think about a modeling career.

When Taylor graduated from school, he moved to New York: he expected to have better chances in a large city. Still, the way to the glory was not easy. Although the young man caught the attention of the leading modeling agencies, Taylor’s first earnings left much to be desired. Sometimes, the young man had to spend a night outside: he had no money for a shelter.

After two years of the struggle, Kitsch moved to Los Angeles to try himself in Hollywood. The young man immediately got hired and began to collaborate with two companies. Photographers and producers noticed Taylor, and he gained significant contracts for photo sessions. At the same time, the young man started studying acting and participate in castings for famous directors’ projects.

Kitsch’s career began in 2006 when he received episodic roles in the TV series Friday Night Lights starring Minka Kelly and Scott Porter, the movie Snakes on a Plane, and the comedy John Tucker Must Die. For two years, Taylor Kitsch had to be content with minor roles; he was mastering his skills, and the endeavor proved to be beneficial.

In 2008, the actor got the first notable role: the mutant Gambit in X-Men Origins: Wolverine. Hugh Jackman became the actor’s stage partner. The role of the character capable of blowing objects inspired the artist: even today, Kitsch warmly remembers the work on the movie and says he is looking forward to the sequel of the story.

Later on, the actor appeared in John Carter created by the Disney Studio; he got the lead role. The touching story of a civil war veteran who found himself in Mars and joined the local people’s struggle for independence conquered the audience, children and adults. Lynn Collins, Willem Dafoe, and Dominic West appeared in this project as well.

The actor’s character in the movie The Normal Heart was also brilliant. The drama drew the attention to the HIV/AIDS issue and LGBT people harassment was favored by critics, but it was not very popular among ordinary viewers. Julia Roberts, Jim Parsons, and Mark Ruffalo participated in the movie.

In 2012, the actor’s fans had the chance to enjoy a new movie, Savages. Oliver Stone’s action-packed movie told the story about two millionaires who sold marihuana. One day, Mexican daredevils learn the two friends’ business: they want to share the benefits and threaten the businessmen.

The situation gets more complicated when the friends’ beloved woman is captured by the leader of the Mexican mafia. John Travolta, Salma Hayek, Blake Lively, and Benicio del Toro played in the movie.

In 2013, the drama Lone Survivor was released; Taylor cooperated with Mark Wahlberg, Ben Foster, and Eric Bana. The movie is based on a true story: the book by Marcus Luttrell, an American marine. He described the horror and injustice of war and pictured the American servicemembers captured in Afghanistan.

2014 was marked with the short movie The Pisces. Taylor not only played in the movie but also directed the fundamental moments of the movie.

In 2015, Taylor voiced one of the characters in the cartoon Bling. The same year, the artist appeared in the series True Detective.

The handsome, tall model (Taylor’s height is 181 cm.) has never lacked women’s attention. However, unlike many men, he does not share and boast his romantic victories: Kitsch never speaks about his personal life, and journalists failed to find out if he has a girlfriend. Fans can only monitor the actor’s Instagram page to fish out the details of the man’s private life.

Taylor likes to spend his free time with the family; he frequently visits his younger sisters and mother in Canada. As the man mentioned in his interviews, listening to country music is the best way to relax for him: it helps take his mind off all troubles.

The actor continues to work on various projects. In 2017, Taylor appeared in two new movies: American Assassin and Only the Brave. 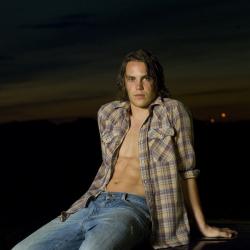