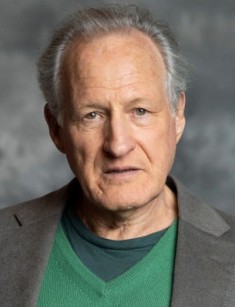 Michael Mann is an American director, producer, and scriptwriter famous for the movies The Aviator, Heat, and Hancock. The master has often won many prestigious awards, such as Emmy and Golden Globe, for his diligence and unique view. However, he has not reached the top, the Academy Award, yet.

Michael Kenneth Mann was born on February 5, 1943, in Chicago, Illinois, into the family of the American Esther and Jewish Jack. The boy’s father took part in the Second World War; the grandfather was a veteran of the First World War who emigrated from the Russian Empire.

The parents owned a grocery store and had the chance to provide their son with a good education. Michael got a Bachelor’s degree at the University of Wisconsin–Madison; he studied English. Besides, the young man was fond of history, philosophy, and architecture.

Mann took an interest in cinematography early: as a student, he watched Stanley Kubrick’s Dr. Strangelove about a scientist who used to work for the Nazi during the World War II and, later, assisted the Americans who were making an atomic bomb against the USSR.

According to Mann the director, Kubrick wanted to prove movie makers that it was possible to talk with the audience on any topic, even the most sensitive one; it would be more honest than to shoot movies for money.

In the mid-1960s, Michael moved to Great Britain and entered London Film School. For the next seven years, he was gaining theoretical knowledge and practical skills. In 1967, the future director got a degree. In his spare time, the young man created commercials with the modern cinematography celebrities: Alan Parker (Evita, The Life of David Gale), Ridley Scott (Alien, Hannibal), and Adrian Lyne (9½ Weeks, Indecent Proposal).

For the first time, Mann tried himself as a director in 1968: he created a video about a revolt in Paris. It was included in the documentary Insurrection for NBC channel. Later, the short-length movies Dead Birds and Jaunpuri came out; the latter won the Jury Prize at Cannes in 1970 as well as the awards at Barcelona and Melbourne movie festivals in 1971. In 1972, Michael came back to America and had the travel movie 17 Days Down the Line released. None of the director’s early works has been presented to the broad audience officially.

In 1974, the man wrote a script for four episodes of the series Starsky & Hutch. When Michael was working on the show Police Story, he had the chance to collaborate with the writer Joseph Wambaugh known for his detective novels about American police officers. This experience taught the director that a high-quality product required authentic details.

In 1979, Mann debuted with the full-length movie The Jericho Mile; it won three Emmy Awards. The main character, Larry Murphy, serves a life sentence for murdering his father. To get himself distracted from the dull routine, he runs around the prison building and at the incredible speed.

A local psychologist begins to coach Larry and prepare him for the Olympic Games. However, a prisoner needs to be released early. The problem is that Murphy does not feel guilty for what he had done.

To shoot the movie, Mann visited Folsom Prison, California. In his interviews, he remembered that he expected to see frightened inmates and brutal guards, but the reality was different: prisoners kept their watchers in fear.

Inmates’ aggressiveness was caused by their conditions: in 1970-1980s, in the middle of intolerance, African-Americans, Europeans, and Asians were put in adjoining cells.

In 1981, Mann directed the first feature movie, Thief. To make it more authentic, the crew shot professional pickpockets as extras.

Mann was the first director who adapted Thomas Harris’s stories about the serial killer Hannibal Lecter to the big screen: in 1986, the movie Manhunt came out. David Lynch who also created Twin Peaks should have adapted the script, but he felt the project would fail and left. His expectations proved to be true: the movie budget was $15 million, and the box office was only $8.6 million in the USA.

The 1992 movie The Last of the Mohicans was more successful: the large historical project brought $75 million (the budget was $40 million). Mann relied not only on Fenimore Cooper’s novel but also the 1936 screen adaptation. According to The Washington Post, the new project was the MTV version of the gothic book.

The movies Heat (1995) and The Insider (1999) conquered the hearts of even demanding viewers; these were the masterpieces. Heat showed the “godfathers” of the crime movies: Al Pacino and Robert De Niro; there is no wonder the movie was destined to succeed. With the $60 million budget, the director received $187 million box office. The movie was nominated for seven Academy Awards yet won none of them.

In 2001, the biographical drama Ali about the famous boxer Muhammad Ali came out; Will Smith played the main character. The movie embraces the key ten years of the athlete’s life, 1964-1974: the title of the world’s heavyweight champion, converting to Islam, the refusal of serving in the military, stripping off of his champion belt, and the triumphant comeback. Ali was highly praised by critics; Will Smith was nominated for the Academy Award. However, the audience was less enthusiastic. Michael Mann got only $87.7 million with the $107 million budget.

The director cooperated with the best Hollywood actors: Tom Cruise, Leonardo DiCaprio, Johnny Depp, and Jamie Foxx. Their popularity somehow attracted people and brought money. For instance, the box office of The Aviator was $213 million; this project almost won the long-awaited Academy Award.

The 2015 movie Blackhat was a commercial failure: $19.7 million with the $70 million budget. Nevertheless, critics named Blackhat one of the best movies of that year.

Michael Mann has been married twice. The early marriage was not happy; the spouses divorced in 1971. The name of the child born in that family remains unknown.

In 1974, Michael married the artist Summer. Their life is still full of secrets. They have four children; the elder daughter, Ami Canaan Mann (born in 1969) followed in her father’s footsteps and became a director. She contributed to many TV projects: The Blacklist, Power, Cloak & Dagger, and Shooter. Other children’s names are kept secret.

Nowadays, the director is working on the movie about the creator of the Ferrari company, Enzo Ferrari. The story is set in 1957 when two race drivers and eleven visitors died during the races of Mille Miglia. The engineer was named responsible for the tragedy.

Christian Bale was to play the lead role. However, in 2016, he left the cast. Michael Mann believed that Enzo should be plump. It was dangerous for Bale’s health: he had to lose 40 kg. to star in The Machinist (2004) and put on some weight for American Hustle. His frequent body changes brought much harm to the man’s health, and doctors insisted he should take everything easy.

The shooting of Enzo Ferrari should have begun in summer 2018. Hugh Jackman is to play the main character, but critics doubt it: the actor bears little resemblance to Ferrari. 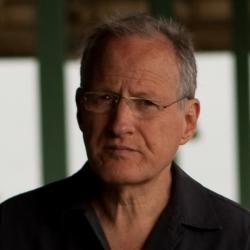