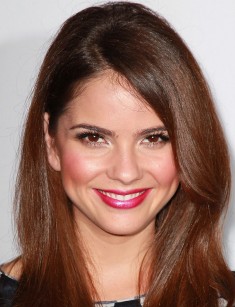 Shelley Hennig is an American actress and model who has appeared in many movies and series. Her story illustrates how determination and faith in oneself can perform miracles and open all opportunities; the actress will, undoubtedly, have many exciting roles in the future.

Shelley Catherine Hennig was born in Metairie, Louisiana, but the family moved to Destrehan soon. This is where the girl spent her childhood.

Hennig got used to applauses, scenes, and people’s admiration from an early age. Shelley learned how to dance and frequently performed in local concerts; she even won several competitions. Besides, the girl was interested in literature and created poetry; some of those texts were published in a collection of young poets works.

At 13, Shelley had to face a tragedy: her elder brother was hit by a car; the driver was drunk. That event had a dramatic influence on the future actress.

Hennig studied the problem of alcohol and drugs; she delivered lectures and warned her peers about the danger of alcohol banned substances intake.

When Shelley turned 16, she tried herself in a teenage pageant. Her appearance impressed the jury, and Hennig celebrated the first significant achievement: the title of the most beautiful young woman in Louisiana. This victory gave her the chance to present the home state in the American contest. Once again, Shelley was lucky and won Miss Teen USA.

Right after the contest, the young woman was offered a contract with Trump Modeling Management (The American President Donald Trump had opened this agency). Shelley agreed: she did not want to miss the chance, and she was right. The first year of the collaboration with the company brought her fame. Hennig was often invited to TV programs and fashionable events; besides, she participated in ads.

With all those perks, movie directors’ offers were probably the most pleasant outcome. In 2004, the young woman debuted with a small role in the popular TV series Passions.

Two years later, the beginning artist played Stephanie Johnson in the series Days of Our Lives. This project was Shelley’s triumph. She appeared in several hundreds of episodes and took the audience’s and critics’ attention. In 2010 and 2012, the actress was nominated for Emmy. Unfortunately, she did not win: in 2010, Julie Marie Berman surpassed her, and Christel Khalil who starred in The Young and the Restless gained the award two years later.

In 2011, Shelley decided to quit Days of Our Lives. According to the actress, it was a difficult step for her, yet she had to do that. Rumors had it that the woman got tired of the routine work and wanted to play new characters.

For the next several years, Hennig worked on the fantasy saga The Secret Circle with Phoebe Tonkin, Britt Robertson, and Thomas Dekker and the series Zach Stone Is Gonna Be Famous. Besides, the actress received several small roles in the series Friends with Better Lives and Blue Bloods.

The audience had the pleasure to see their favorite actress in a new specialty: Shelley Hennig appeared in the music video "Gentle On My Mind” by the group The Band Perry.

In 2014, Shelley joined the cast of the series Teen Wolf. Her character, Malia Tate, appeared in the third season. Millions of viewers liked the mystic story about a teenage werewolf. Dylan O'Brien, Tyler Posey, Linden Ashby, Tyler Hoechlin, and other actors participated in the project.

Initially, Shelley’s role was of no great significance; however, by the fourth season, the actress’s character turned into one of the key figures. Following the scenario, the artist had to appear almost naked in front of cameras, but she demonstrated the true professionalism and managed the task with dignity.

Together with Teen Wolf, Hennig worked on the thriller Unfriended, the horror Ouija, and the romantic melodrama Summer of 8.

In 2018, Shelley’s talent was appreciated: she got Teen Choice Awards. The next year, the artist was nominated for the same award, but her colleague from Teen Wolf Holland Roden won the prize at that time.

In 2017, Shelley Hennig came back to Days of Our Lives and starred in three episodes. Besides, she worked on Dan Gilroy’s Roman J. Israel, Esq. together with Denzel Washington, Colin Farrell, and Sam Gilroy.

The relationship with Jay Kenneth Johnson was Shelley’s first significant romance. The young people met at the movie set of Days of Our Lives. They broke up five years later. Soon after that, the media started spreading the information that Shelley dated Thomas Dekker, but it was never confirmed. More than that, Dekker came out as gay in 2017.

In 2013, the actress started seeing Ben McKenzie, the star of Gotham; this relationship lasted for several months. The next year, Shelley met a man named Rasmus. The actress’s lover is not a public person. However, there are several photos of Hennig and her partner on Instagram and other social networks; they seem to be happy together.

Rumors have it the actress will have new significant premieres soon. 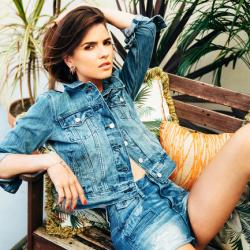