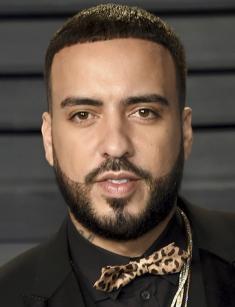 Similar to many rappers, French Montana’s childhood was not easy. However, the Moroccan boy’s passion for music defeated poverty and the language barrier: today, he is a recognized musician, the creator of many hits, and a welcome play-list rapper at any party.

French Montana (real name Karim Kharbouch) was born on November 9, 1984, in the largest Moroccan city, Casablanca. His mother’s nationality is Somali. The boy lived in the family lands near Casablanca until 12. In 1996, the parents and their two sons, Karim and Zack moved to New York. The Bronx atmosphere strengthened the would-be celebrity’s love of soccer and basketball; besides, he was particularly interested in rap.

Although the street culture attracted Kharbouch, peers did not understand him. French and Arabic were the boy’s native languages; he was learning English at school and among friends.

Two years later, when Karim’s father failed to find a job in New York, he returned to Casablanca and left the kids and pregnant wife in the USA. It was a challenging period for the Kharbouch family: the mother only received social security payments, and that money was hardly enough for food and dwelling. Eventually, Karim became a breadwinner: music brought him some cash.

At the beginning of his career, Karim participated in rap battles under the stage name “Young French”. In 2002, the musician and his close friend nicknamed Cams started creating the DVD series Cocaine City: the young men interviewed both famous rappers and newbies and talked about the street culture and hip-hop.

Young French used his solo tracks, duet, and freestyle songs in the series. Gradually, the supporting material proved to be the bestselling “street” DVD. In 2002-2010, 14 editions and several spin-offs were made.

In 2007, Karim acquired the pseudonym French Montana and had the debuting mixtape French Revolution Vol. 1 released. The artist collaborated with Max B in the single “Waavyy”; in February and November 2009, the duet recorded the albums Coke Wave and Coke Wave 2.

The song “Choppa Choppa Down” from the jubilee album Coke Boys (2010) was a radio hit in the south of the USA. Debra Antney, the manager of Gucci Mane and the discoverer of Nicki Minaj, created the music video; the premiere took place in January 2011. Two years later, Antney sued French Montana for partial concealment of his profits and gained $2 million.

In the middle of 2011, Karim became popular in New York. He mentioned Diddy’s track in his “Shot Caller”, and the musician initiated the collaboration with French Montana. The artists recorded the remix of the song that turned into the leader of the New York radio stations.

Thanks to that achievement, XXL magazine called Kharbouch Freshman Class of 2012. At the same period, the young man signed a contract with Bad Boy Records, the label belonging to Sean Combs (Diddy). In 2009, the producer and singer Akon tried to get Karim for his own company, Konvict Muzic. Although the agreement was not reached, the artists are on friendly terms today: French Montana calls his colleague his “elder brother”.

The trio of French Montana, Diddy, and Rick Ross was fruitful: they recorded the remix “Shot Caller”. In 2013, Karim’s debuting studio album Excuse My French supported by these producers came out. Many hip-hop celebrities contributed to it: Nicki Minaj, Drake, Lil Wayne, The Weeknd, Ne-Yo, and others. 56 000 copies were sold in the first week; the track reached number four in Billboard 200. The single “Pop That” with Drake, Rick Ross, and Lil Wayne became platinum.

In addition to his solo project, French Montana is famous for his artistic collaborations. The song “I Luh Ya Papi” with Jennifer Lopez proved to be a great hit; “Big Homie” from Diddy’s album was platinum. French Montana and Drake created “No Stylist”; the song “Welcome to the Party” with Diplo and Lil Pump is also widespread.

The second studio album, Jungle Rules (2017), consists of duets only. This work debuted with number three in Billboard 200; 52 thousand copies were sold in the first week which brought the gold status. Before the release, two singles came out: “No Pressure” with Future and “Unforgettable” with Swae Lee. The latter song got number three in Billboard Hot 100; it is the artist’s highest achievement so far.

The music video “Unforgettable” was filmed in Uganda. The rapper donated the money from the release for a new hospital in the country; today, it serves to more than 300 000 people. In addition, the music videos “No Stylist”, “A Lie”, “Sanctuary”, and “Lockjaw” are popular among fans.

In 2007, Karim married Deen Kharbouch; three years later, their son, Kruz, was born. However, the couple separated in 2012; the press did not name the reason. The divorce process finished in 2014.

The artist found another woman quickly: he dated Khloé Kardashian for two years. Besides, the rapper used to see his colleague Trina, the models Chandra Davis and Keyshia Dior, and the socialite Draya Michele.

Today, French Montana is dating the hip-hop singer Iggy Azalea. According to Hollywood Life, the man may propose to his girlfriend any time now. However, the Instagram photos contradict this idea: there have been few photos of the happy couple.

In addition to his own son, Kharbouch brings up his younger brothers’ kids.

Despite a great time of non-communication, French Montana calls his father his inspirer. Finally, the singer named the other of the “muses”: 2 Pac, Nas, Snoop Dogg, 50 Cent, Amy Winehouse, Adele, and Rihanna.

In 2003, French Montana received a gunshot wound in his head: two criminals were waiting for him at the exit of the recording studio in the Bronx. One of the attackers died in the crossfire; the artist was hospitalized for three weeks.

On March 1, 2013, Karim had another accident related to arms: after a concert in Philadelphia, his bus was fired at; a bullet killed a passer-by. The rapper often claimed he was not responsible for the gun-fight.

In 2018, French Montana became an ambassador of the charity organization Global Citizen in Uganda. He became the first hip-hop musician who gained that title. The same year, Kharbouch got American citizenship.

2019 began with a new hip-hop masterpiece: French Montana and Future recorded the song “NASA”. It will probably be one of the songs in the third album, yet it is impossible to confirm that: the musician does not share his artistic plans with the media.