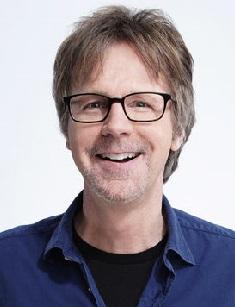 Dana Carvey is an American actor, widely-known in households where SNL was always on during the late 1980s. He created several original characters and developed an unforgettable impersonation of George H. W. Bush.

Dana Carvey was born on the 2nd of June, 1955 in Missoula, Montana, which is David Lynch’s hometown too. He was the second son of Bud Carvey and Billie Dahl. Dana’s parents were occupied as teachers, and his brother, Brad Carvey, became an engineer, famous for the development of the first wire wrap prototype. The system was later expanded with suitable software and made NewTek and its crew widely-known in the sphere of video editing. Subsequently, Dana used some of his brother’s features while elaborating his character, Garth Algar.

Carvey is of the mixed ethnicity; his ancestors were German, Swedish, English, and much more, but he was eventually brought up Lutheran.

The Carvey left Montana when Dana was three years old and relocated to San Carlos, California. His first school, Tierra Linda Junior High, was in San Carlos. Later the boy was transferred to Carlmont High School in Belmont, where he demonstrated great results in cross country and became a member of the Central Coast Section champion team. Besides sport, Dana was keen on playing drums, since he was given a drum kit at the age of twelve, and started practicing right on.

Carvey also attended a community college in San Mateo. He graduated with a BA diploma from San Francisco State University as a specialist of broadcast communications.

During his childhood, Dana was strongly influenced by Jimmy Stewart and Johnny Carson. He watched performances of The Beatles too and got very skillful in impersonating Paul McCartney. Moreover, Carvey always took part in school plays, which gave him recognition from his peers.

Carvey had some talent both in comedy and acting. However, after graduation, he started developing his own gigs and even won the San Francisco Stand-Up Comedy Competition (1977).

The young comedian was working as a busboy when he was finally cast as a minor character in Halloween II (1981). Things went great since then, so he was able to quit an insignificant job, move to New York and start as many other rising stars.

In 1982 Carvey got a starring role in the short NBC sitcom One of the Boys of Adam Shields, who was a grandson of Mickey Rooney’s character. Although the show got a lukewarm response from the critics, it gave Dana great experience and early exposure. Moreover, the sitcom was filmed in the same studio as SNL, 8H Studio. So Carvey had a chance of meeting Lorne Michaels, who was the producer of SNL. The future host also witnessed the work of Joe Piscopo, Gilda Radner, and Eddie Murphy, and that fact had some effect on him.

Unfortunately, One of the Boys was canceled after only one season, and Carvey returned to stand-up. This was the time when he met his future wife, performing in front of her in the club.

In 1984 Carvey appeared in Rob Reiner’s This Is Spinal Tap and had a minor role in Racing with the Moon. He also landed a role on TV in Blue Thunder, which was an adapted version of a same-titled movie. Dana Carvey portrayed one of the leading characters.

The year 1986 was really successful for Carvey: he had a chance of meeting Kirk Douglas in real and got a dream job.

Initially, he was cast as Richie Evans in Tough Guys (1986), a frivolous police officer, and starred not only alongside Kirk Douglas but also Burt Lancaster.

Moreover, he joined the cast of NBC’s Saturday Night Live. By doing so, he refused an invitation from Nickelodeon, a channel for kids, which game show he was supposed to host. Among many other newcomers were Phil Hartman, Kevin Nealon, and Victoria Jackson. The whole renova-tion was carried out due to the declining popularity of the show, and some fresh ideas were desper-ately needed.

Carvey introduced a lot of new characters that became classic ones. The first one was the church lady, a personality inspired by some old woman the comedian met several times during the services while he was a kid. It was a grumpy, snobbish and strict woman, who hosted Church Chart. Carvey’s first appearance was connected with the lady since in the opener he performed a song «The Lady I Know» (later entitled «Choppin’ Broccoli» by the fans).

His other original characters were Garth Algar, the one based on his brother, Hans, the Grumpy Old Man. Each of them had a main role in a recurring sketch; Wayne’s World, Hans and Franz, and Weekend Update subsequently.

Carvey is also quite famous for his impersonation of George H. W. Bush. He tried out his talent during the elections and became a regular and designated actor during Bush’s presidency. Carvey also featured political sketches during the 1992 US presidential election campaign, playing Ross Perot, a businessman and politician. Besides, once he portrayed both Bush and Perot at the same time. In 2018 Carvey’s work was remembered again on the Bush’s funeral since these two eventually became friends.

His character, Garth Algar, was reprised in an independent movie, Wayne’s World (1992) and its sequel.

Carvey was awarded an Emmy in 1993 for his excellent work on SNL. Totally he was nom-inated for Outstanding Individual Performance in a Variety or Music Program 6 times, and he also returned as a guest host several times after his leaving in 1993. His late appearances are notable for a George Michael’s impersonation.

NBC crew made an attempt of withholding the TV star on the channel by offering him a spot of David Letterman, who left a famous show Late Night with David Letterman. However Carvey refused, and in 1994 he released an HBO special Critic’s Choice, where he reintroduced all his original characters from SNL. Moreover, in 1996 the actor brought his impersonations on ABC in The Dana Carvey Show, a variety show which profoundly influenced the career of another comedian, Steve Carell. The creation of the show was later recorded in a documentary film, and one of the episodes, that was never aired, became viral on YouTube. It featured Carvey playing Tom Brokaw, a TV journalist, who was set on a vacation with some ready pre-tapes of alternative new stories about Gerald Ford’s death.

During the 1990s and at the turn of the century Carvey’s movie and TV show appearances included a comedy film Clean Slate (1994) and The Master of Disguise (2002), a spy film, that much resembled one of his colleague’s work. Mike Myers and Carvey starred together in Wayne’s World, and Myers’s Austin Powers (2002) was released just a week before Carvey’s work. Unfortunately, Dana was totally castigated, when Myers became even more popular and praised. Howev-er, the movie is well-known for the scene in a «turtle club».

Later the actor appeared on the screen only in 2011, since he was more dedicated to his wife and kids than acting.

Carver voiced some characters in animated films such as Rick and Morty. The Secret Life of Pets, and Hotel Transylvania 2.

In 2016 Carvey hosted two shows, a game one, First Impressions, and a special one, Dana Carvey: Straight White Male, 60, which is available on Netflix.

In 2018 the comedian appeared on The Late Show as John Bolton, Donald Trump’s national security adviser. It is evident that the impersonations of politicians work out very well for Carvey.

He gave the most recent performance on tour in Las Vegas.

At present, Dana Carvey has a net worth of $30 million.

Carvey has been engaged and married twice. Initially, in 1979, he tied the knot with a childhood sweetheart Leah; however, the union lasted for less than a year. Dana met the love of his life during his performance at The Other Cafe. Paula Zwagerman was among the other viewers in the club in San Francisco. Without hesitation, the comedian filed the divorce and started dating Paula. They were engaged in 1981 and married two years later.