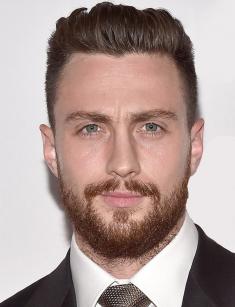 The star of British cinema, Aaron Taylor-Johnson, won the hearts of viewers around the world after the release of the films Kick-Ass, Savages, Anna Karenina, Godzilla, and The Illusionist. Aaron Perry Johnson was born on June 13, 1990, in High Wycombe, Buckinghamshire, South East England.

He grew up in this town, devoting most of his free time to usual childish activities. The future actor was an ordinary child. His father worked as an engineer, and his mother was a housewife. In the fifth grade, Johnson decided to enroll in the football club not to dawdle. However, the boy did not attend it, and, succumbing to the moment gave preference to the theater studio, in which he later became a star.

The performing arts teachers always noticed both the expressiveness of the voice of the talented student and the extreme dedication when he recited the poetical works of classics of literature on the stage. After graduation from school, Johnson attended the Jackie Palmer Stage School, where he studied drama, singing, jazz and went in for acrobatics.

Aaron made his film debut in the family Christmas movies Tom & Thomas, released in 2002. Despite his young age (at the time of filming the actor was barely 12 years old), Johnson brilliantly coped with his role and proved his worth. In 2003, the talented boy starred in the comedy action movie Shanghai Knights directed by David Dobkin, thereby including the role of young Charlie Chaplin in his filmography. Johnson's colleagues on the set were notorious actors Jackie Chan and Owen Wilson.

The movies Dead Cool, Feather Boy, The Thief Lord, The Magic Door, Fast Learners and The Illusionist were released from 2004 to 2007. The works did not make the actor world-famous but helped to get used to the acting profession. In 2008, director Gurinder Chadha made the film Angus, Thongs and Perfect Snogging based on Louise Rennison’s book "Angus, Thongs and Full-Frontal Snogging."

In the movie, showing the everyday life of ordinary teenagers, Aaron got the role of a romantic young man, Robbie, and the title character, 14-year-old Georgia Nicholson, falls in love with him. Robbie is handsome both inside and out. The charismatic brunet loves animals, helps his mother in the shop after the studies, and in the evening gives concerts at a local club together with his rock band. Johnson's character is a perfect man who cannot leave anyone indifferent.

The period of 2009–2010 became crucial in the career of the novice actor. Aaron starred in Matthew Vaughn’s comedy action movie Kick-Ass, in Sam Taylor-Johnson’s biographical film Nowhere Boy and Hideo Nakata’s psychological thriller Chatroom. The plot of Chatroom tells the story of a mentally unbalanced young man, William (Aaron Johnson), who decides to play with his new friends an online game which is not interesting to everyone.

In the action film Kick-Ass, Johnson played a teenager, Dave Lizewski, who inspired by comic books, decided that he could become a real-life superhero easily. The young man who overestimated his abilities purchases a green-yellow scuba diving suit on the Internet comes up with a nickname and officially goes on the post. Soon, the famous unlucky hero meets the real city’s defenders, 11-year-old Hit-Girl (Chloë Moretz) and her Big Daddy (Nicolas Cage), who offer Dave cooperation. This film also featured Evan Peters, who became famous after the release of the television series American Horror Story, and Clark Duke, best known for the comedy Hot Tub Time Machine.

In the film Nowhere Boy, Aaron portrayed the founder of the Beatles, British musician John Lennon. The film premiered at the closing night of the London Film Festival. Although critics and connoisseurs of the singer’s creative work did not appreciate the movie, it won some British Academy Film Awards.

In 2012, the actor included in his filmography the roles of millionaire Ben (the thriller Savages) and Count Vronsky (the drama Anna Karenina). Johnson's colleagues on the set were Keira Knightley and Jude Law in the film based on the novel of the same name by Leo Tolstoy.

In 2014, Johnson got the role of Ford Brody in Gareth Edwards’s fantasy action movie Godzilla, as well as the superhero Quicksilver in film Captain America: The Winter Soldier which belongs to the Marvel Cinematic Universe.

The following year, the actor together with Elizabeth Olsen, Samuel L. Jackson, and Scarlett Johansson starred in the sequel Avengers: Age of Ultron.

In 2016, the American psychological thriller Nocturnal Animals was released. Tom Ford’s film is based on the best-selling novel “Tony and Susan” by Austin Wright. In January 2017, Johnson won the Golden Globe Award for Best Supporting Actor for the role of Ray Marcus.

Aaron met his first and only wife in January 2009. At that time his future wife and successful director Sam Taylor-Johnson cast the 19-year-old actor in the leading role in her new film Nowhere Boy. This film was a turning point in Aaron’s career and personal life. According to the staff, the lovers did not hesitate to express their feelings. They repeatedly kissed and embraced in front of the entire film crew.

It is worth mentioning that no one believed that they would have the long-lasting relationship. According to many people, the large age gap (Sam is 23 years older than Aaron) and two children from the first marriage of the famous screenwriter made this relationship hopeless. However, the ardent young man did not care about the opinion of his friends and parents.

Aaron listened only to his heart, which trembled like a bird when he was with the charismatic English woman. At the end of the shooting, the couple announced their engagement. In July 2010, Samantha gave birth to their first daughter, Wylda Rae, and in 2012, Johnson and Taylor married and celebrated the wedding. The same year, a second child was born. They had a girl named Romy Hero.

In 2017, the drama The Wall directed by Doug Liman was released. In the movie, Johnson portrayed Sergeant Allen Isaac, who was attacked together with his partner (John Cena) by a sniper. The Iraqi shooter deliberately did not kill the soldiers, deciding to get to know the soldier who was trapped behind the stone wall better before the final shot.

The same year, Netflix began shooting the new film Outlaw King. In the project, which tells about the struggle of the king of Scotland, Robert the Bruce (Chris Pine) for the independence of his state, Aaron got the role of the right-hand man and adviser to the autocrat, knight James Douglas. The film is scheduled to be released at the beginning of 2018.

It is worth mentioning that the actor manages to combine filming with an active social life. Peter appears on the pages of world print media (Vanity Fair, Yes & No, New York), attends film shows and exhibitions. He also a frequent guest of TV and radio programs.

In April, an eminent actor became the face of the new fragrance Gentleman Givenchy. As part of an advertising campaign, Taylor took part in the photo shoot, timed to coincide with the launch of the perfumes. Despite the busy schedule, the actor who is 180 cm tall does not forget about his fans, regularly posting photos of shootings and videos of the rest on Instagram.

Social networks are not the only source of the latest news about the life of Aaron. The content related to the acting career of the Hollywood star is often published on various Internet sites. 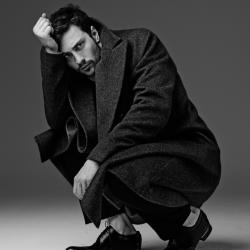