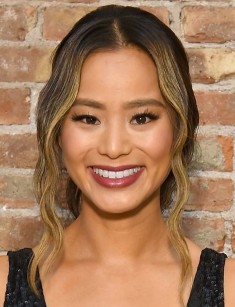 The American actress Jamie Chung became famous after she participated in the reality series The Real World: San Diego. After that role, directors noticed the talented actress and started collaborating with her. A trained economist, Chung made the brilliant movie career. She played Mulan in Once Upon a Time, a prostitute in Eden, and a mutant in the series The Gifted.

Jamie was born in San Francisco, California, and spent her childhood in the home city. Her family is Korean American. Few facts are known about the actress’s early years. As the girl graduated from school, she entered the University of California to study economics.

Chung explained why she had chosen such a profession: she always thought of the acting career but decided to focus on the business education so that she would be prepared for anything. The woman added she considered alternatives in case her acting career would be a disaster: she wanted to have another option.

Jamie took part in the 14th season of the popular American program The Real World: San Diego broadcast on MTV. The audience saw the independent student who managed to combine her university studies and two jobs.

To pay for education, it was necessary to work hard. However, Jamie devoted some time to entertainment: she was a party frequenter popular among men.

Besides, the actress participated in another TV project Real World/Road Rules Challenge: The Inferno which was about two teams competing. Jamie was the member of the team that eventually won the victory.

Real World became the road-opener for Chung. Directors and producers started offering her small roles in their series. The beginning actress appeared in ER, Grey's Anatomy, and Greek. In 2007, she got into the famous project I Now Pronounce You Chuck and Larry; the debuting lead role in the series Samurai Girl followed.

James Wong’s adventure movie Dragonball Evolution based on Japanese anime was the breakthrough for the actress. The Korean played Chi Chi, one of the central figures, brilliantly.

Chung received many exciting roles, even though they were secondary. In the thriller Sorority Row, she cooperated with Briana Evigan and Leah Pipes. The next movie, the drama comedy Burning Palms, gave Jamie the chance to work with Dylan McDermott and Nick Stahl. Chung was also invited to Dennis Dugan’s Grown Ups starring Salma Hayek and Adam Sandler.

In 2011, the fantasy action thriller Sucker Punch by Zack Snyder came out. Initially, the lead part was supposed to be given to Emma Stone, but she could not find time for the project. It was Jamie Chung who took the role and played it impeccably.

Further, the young woman played a prostitute in the independent movie Eden. The role of Lady Silk in The Man with the Iron Fists starring Russell Crowe followed. In Premium Rush, Chung got the role of the Chinese Nima who tried to take her son across her home country to America illegally.

In 2011, Jamie played charming Mulan in the Disney fantasy series Once Upon a Time. Ginnifer Goodwin, Joshua Dallas, and Robert Carlyle became her stage partners.

2014 was rich in new projects, and Jamie Chung was not leaving movie sets for a long time. She played in the detective Gotham which extended for five seasons. The creators of Sin City: A Dame to Kill For gave Chung the lead role of Miho. In this movie, the constellation of stars took part: Jessica Alba, Mickey Rourke, and Bruce Willis.

The beautiful Korean is a fragile woman: her height is 168, and her weight is 54 kg.

In 2012, the media spread the news that Jamie was dating the American actor and musician Bryan Greenberg famous for the series How to Make It in America. In 2014, Chung started wearing a ring. However, the couple checked their feelings first. Bryan and Jamie exchanged rings in the romantic Caribbean but married only in fall 2015.

The great ceremony took place in a Santa Barbara resort; the celebration lasted for three days and coincided with Halloween, one of the most important American holidays. For this reason, the guests were wearing costumes.

Jamie and her husband are not planning children now, and there have been no rumors about the actress’s pregnancy. On Chung’s personal Instagram page, one can find beautiful photos from her daily life.

The woman of the colorful appearance and undoubtful talent continues to participate in movies and series, and the audience welcomes her projects. In 2017, the series movie The Gifted based on Marvel comics was launched.

This superhero action movie pictures the adventures of mutants; Jamie personified Blink, the character who possesses superhuman abilities. The series was a success, so its creators decided to produce the second season. In March 2018, the premiere of Yen Tan’s drama 1985 starring Chung took place. 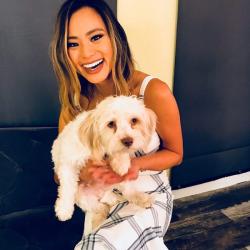