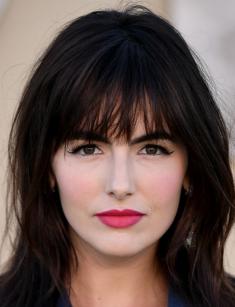 Camilla Belle Routh is an American actress, model, and philanthropist. She is known for her roles in The Lost World: Jurassic Park, When a Stranger Calls, Practical Magic.

The future actress was born in October 1986. Her father, Jack Wesley Routh, was a country musician who owned a construction company; her mother, Cristina Gould, came from Brazil and worked as a designer. It was the mother who chose the girl’s name: she was a great fan of a Brazilian soap opera where the main character’s name was Camilla. The actress’s friends and relatives call her Belle.

The future star grew up in a Catholic family and went to the Católica Elementary School of São Paulo. Later, she transferred to the Marlborough School, Los Angeles, and learned Portuguese and how to play the piano there.

Camilla Belle felt that acting was close to her and moved to London. In 2002, she entered The Royal Academy of Dramatic Art. The young woman often visited her relatives in Santos and got fond of soap operas.

Camilla Belle began her career when she was a little baby: she appeared in a commercial. At the age of seven, the young talent started a new life with no time for studies. Eventually, she managed to balance her education and favorite activity.

Camilla’s photos appeared in city billboards, magazines, and international brand posters. However, Belle did not want to devote her life to that: the young woman dreamed of cinematography. In 1993, the producers of Trouble Shooters: Trapped Beneath The Earth offered the girl a minor role. At the same period, young Camilla participated in the TV movie Empty Cradle. Two years later, Belle appeared in Annie: A Royal Adventure!

When Belle turned 12, she was invited to the 1998 movie Practical Magic; the popular actress Sandra Bullock became her stage partner.

The early 2000s were marked with a time-out. In 2005, Camilla came back to the screen and participated in The Ballad of Jack and Rose by Rebecca Miller. Ryan McDonald (Rodney), Catherine Keener (Kathleen), and Paul Dano (Thaddius) starred in this project as well.

The Ballad of Jack and Rose tells the story about a seriously ill widower, Jack (Daniel Day-Lewis), who had a 16-year-old daughter. He stands against building objects on the swampy territory of the island and prevents Rose (Camilla Belle) from experiencing new things in the world.

It was a notable work in the actress’s filmography; critics were talking about the talented young woman. Soon, the artist joined two independent projects: The Chumscrubber and The Quiet. Justin Chatwin and Jamie Bell were her stage partners. Both critics and media appreciated Camilla’s work.

In 2006, Belle starred in the horror When a Stranger Calls by Simon West. The movie repeated the success of the 1979 original.

Roland Emmerich’s blockbuster 10,000 BC remains the most epic project in the actress’s career: the audience and critics welcomed it enthusiastically.

Three years later, the young woman played Kira Hollis in Push about an emigrant Nick (Chris Evans). As the story runs, the characters have to survive and prevent the plans of the evil corporation from coming true.

In 2011, Camilla Belle co-starred with Alexa PenaVega in From Prada to Nada. Their characters have to understand how to survive without their suddenly deceased millionaire father. The fantastic movie Amapola is another remarkable project of the artist. She played Ama who had a wonderful ability – moving through time.

In 2017, the movie The Mad Whale with James Franco was released; its original plot attracted many people.

Camilla Belle is an active participant of charity events. She is a member of Kids with a Cause group that supports children from dysfunctional families. The actress gladly talks about her social activities and tries to keep secret her personal life.

In 2008, the young woman met the singer Joe Jonas during the shooting of the music video by the group Lovebug. Joe and Camille fell in love quickly; when the work was finished, they had a romantic trip to Cuba. However, the relationship was not long: they split up in a year.

Since that time, Belle has avoided talking about her romances. Soon after the break-up with Joe, the media were spreading the information that Camille dated Robert Pattinson: the actors went for a walk together, visited restaurants, and had a good time.

However, the actors kept denying their romance, and it is still unknown whether they were dating.

Camilla Belle used to be a good friend of the Russian tennis player Maria Sharapova. They frequently visited official events, fashion shows, and parties together. The Russian athlete called Camilla her best friend. However, the women went their separate ways at some moment.

Camilla Belle is an active Instagram user. She often posts funny pictures and videos and shows how she works and spends time with her friends.

Nowadays, the actress participates in photo sessions for fashion magazines and plays in movies. Soon, new projects with the artist will come out. 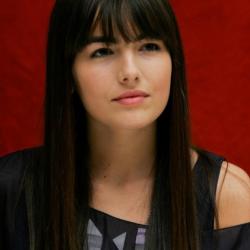