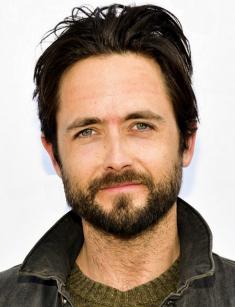 Justin Chatwin is a Canadian actor best known for his films War of the Worlds and The Invisible, as well as his television shows Shameless and American Gothic. In 2019, fans of the rising star look forward to the premiere of the drama series Another Life, where Chatwin played the role of a man, who is engaged in the search for intelligent life in the universe.

Justin Chatwin was born on October 31, 1982, in the Canadian city of Nanaimo. His father was Catholic and worked as an engineer and his mother was a talented artist, who raised three children.

Brought up under the religion of his parents, young Justin did not dream of an acting career. The idea to go to the cinema came to his friend, who participated in the audition for the show of Canadian television. Samples of both teenagers were successful and they got stuck on a small role in the series Mysterious Ways.

After that, Chatwin began to study commerce at the University of British Columbia and took acting lessons at the film studio in Vancouver. As a result, art was a priority. In the early 2000s, Justin dropped out of school, having several roles and moved to America and settled in a rented apartment in Los Angeles together with another Canadian Noel Fisher.

Chatwin played a small role of Jeremy Creek in the rating sci-fi series Smallville and an episodic role in the full-length musical Josie and the Pussycats before he found himself in the capital of the film industry. Justin played in the episodes in the projects Mysterious Ways, Just Cause and Just Cause and waited for the offers of producers and directors.

Finally, in 2004, Eric Bross and Stephen Hopkins called a young actor in the mini-series Traffic, telling about the fate of people faced with drugs and violence. The participation in the project, which was nominated for three Emmy Awards, was a breakthrough in the film biography of Chatwin and allowed to get to the casting in the fantastic film of Steven Spielberg.

Having the role of Robbie in the War of the Worlds, Justin was in the star company of Thomas Cruise and tried to realize his acting potential completely. As a result, the film received positive reviews from critics and was a commercial success, hitting the 4th place in the rating of popularity in 2005.

Chatwin could not better than young Dakota Fanning, who received the Saturn Awards but gained good experience of performing main roles, that was used in the shooting of the black teen comedies The Chumscrubber and the TV series Weeds. In 2006, when the work on these projects was completed, Justin became a star guest in the popular television show Lost and then appeared on the stage in New York and played in a play called Dark Matters.

The following year, the actor again was lucky to be in the center of events and get the main role in the action thriller The Invisible directed by David S. Goyer. Besides, he played the main character Goku in James Wong's adventure film Dragonball Evolution.

According to the actor, he was the perfect embodiment of the manga character Akira Toriyama because he is more than 5,9 feet (180 cm) tall and he weighs about 165 lbs (75 kg), so he signed a contract for the production of 3 movies, which are based on the franchise Dragon Ball Z. The creators were limited to one part because of the low ratings and poor financial performance but there was a rumor about the resumption of the film adaptation of the comic book in the early 2020-is after The Walt Disney Company acquired 20th Century Fox Film Studio

Left without a continuation of the anime story, Chatwin returned to TV for three seasons and he starred in the youth series Shameless regularly, where his partners were rising stars William H. Macy, Emmy Rossum, Ethan Cutkosky and Cameron Monaghan.

The work continued until Justin's character, Steve Wilton, was of interest to the public and when he left the stage, the actor dropped out of the cast and was limited to a few guest appearances in the 5th and 6th seasons of the project.

In the mid-2010s, the fantastic musical Bang Bang Baby, as well as in the romantic comedy No Stranger Than Love and the thriller Impulse directed by Aaron Kaufman with Danny Masterson and Pierce Brosnan as his partners appeared in the filmography of Chatwin.

In 2015, the actor played the drug addict Cam Hawthorne in the crime series American Gothic and appeared in the television science fiction project Orphan Black. In the next couple of years, the actor became a guest in the Christmas edition of the famous show Doctor Who and performed a cameo in the full-length comedy thriller CHiPs of Dax Shepard.

Soon after it was known that Chatwin would star in a sci-fi thriller called In the Cloud and the thriller Code of a Killer, the premiere of the film took place almost simultaneously in the late winter – early spring 2018.

Chatwin prefers that fans are interested in him as an actor, so he hides everything carefully, that is related to his own life. According to unconfirmed reports, Justin met with the top American model Molly Sims from 2005 to 2009 and then his girlfriend was Addison Timlin, known for the films Derailed and StartUp.

In the future, Justin probably plans to get a wife and children and he is interested in travel and extreme sports most of the time. Chatwin loves to ride a motorcycle and enjoys art photography. Fans can see the best examples of these moments on the official Instagram of the actor.

After filming in commercially successful projects, the actor finally settled in America and now lives in luxurious apartments, which are located in the resort area of Los Angeles. Justin Chatwin has a net worth of $2 million.

In 2018, after finishing work with the director Joseph Cross in the romantic comedy Summer Night, Chatwin began acting in the science fiction series Another Life. Both premieres are scheduled for 2019.