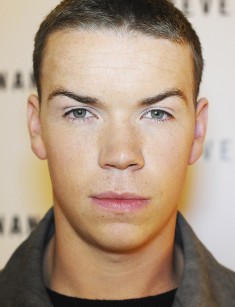 It’s a surprising fact that even after centuries have passed since the end of Victorian era, the English can still be distinguished by their aristocratic manners, exquisite language, and characteristic appearance. A prime example of this claim is young British actor - Will Poulter .

William Jack Poulter ( full name of actor) was born in London, the son of Neil Poulter, a Professor of Cardiology and Caroline Poulter, a nurse. Also family has two children – daughter Charlotte and son Edward.

Nel and Caroline noticed that their child has the talent of an artist, then they gave their son to the Harrodean private school, located in the southwest of the UK capital. The Harrodean school also taught actor's skill in addition to an in-depth school curriculum. That was the difference between this school and others.

Teachers noted his acting abilities as did Will's parents. The teacher, Laura Lawson contributed to the beginning of the boy's career, she directed him to the casting of "The Son of Rambow".

However, when Poulter was a child, he appeared in an episodic role in the television project "The Magical Mirror."

William got a real start in his acting career in the tape "Son of Rambow", directed by Garth Jennings ("The Hitchhiker's Guide to the Galaxy", "The Beast") in 2007. In that film, Poulter played the role of Lee Carter - the friend of the protagonist Will, played by Bill Milner ("X-Men: First Class", "Lok").

"Son Rambo" presentation was held at the Independent Sundance Film Festival. After that the film was presented at other film festivals. Critics and spectators received the tape quite warmly, and Will Poulter was called the best debutant of the year.

After "Son Rambow" was the role in the TV series "School of Comedy." The filming took place in 2008, and the TV series was released next year.

The young actor became truly famous after participating in the filming of the picture "The Chronicles of Narnia: The Voyage of the Dawn", released in 2010. It was the third film of the franchise (the first two titles were "The Lion, the Witch and the Wardrobe" and "Prince Caspian"), based on a series of fantasy works by Clive Staples Lewis.

The screen version of the fifth book of the cycle "Chronicles of Narnia" was " The Voyage of the Dawn Treader ", filmed by Michael Apted ("The world is not enough", "Gorillas in the fog", "Chasing Mavericks"). The next film was planned screen version of the book "The Silver Throne", which also involved the character of Poulter but it was decided to restart the franchise.

In 2011, Will starred in the mini-series "The Fades". " The Fades " were a mystical mini-series with elements of black comedy and a parody of classic horror films. " The Fades " directed by Farren Blackburn and Tom Shankland. They also worked on the TV series "Agatha Christie's Marple," "Doctor Who" and "Luther" (now both directors are working on the screen version of the comics Marvel about Daredevil, Iron Fist and Defenders for Netflix streaming service).

In 2011 Poulter starred in the movie "Wild Bill", it was filmed by Dexter Fletcher ("Eddie the Eagle "," Sunshine on Leith ").

The next prominent role of the young actor was the role of the rustic kid Kenny in the comedy "We are Millers", directed by Rawson Marshall Thurber (“Dodgeball: A True Underdog Story”, “The Mysteries of Pittsburgh”, “Central Intelligence”). "We are Millers" film stars: Jason Sudeikis, Jennifer Aniston, Emma Roberts, Ed Helms, Nick Offerman.

In 2014, he played Fordy in the crime film Plastic, directed by Julian Gilbey ( “Rollin' with the Nines”, “Rise of the Footsoldier”, “A Lonely Place to Die”). The film narrated about a group of four completely different guys, who steal bank cards. "Plastic” film stars: Edward Speleers, Alfie Allen, Sebastian De Souza, Emma Rigby, Thomas Kretschmann. The film “Plastic” was unnoticed by the general public.

There were 2 main reasons for the failure: improper release date and lack of advertising.

In 2015, Poulter played Jim Bridger in the revenge-thriller The Revenant, directed by Alejandro González Iñárritu (“21 Grams”, “Biutiful”, “Birdman or (The Unexpected Virtue of Ignorance)”) , and starring Leonardo DiCaprio and Tom Hardy. "The Revenant" narrated about really existed colonists Hugh Glass (the film shows part of his life, which was described in a book by Michael Punke).

Will Polter was initially cast as Pennywise (the Clown) of the adaptation film of Stephen King "It". In the beginning, the director was Cary Joji Fukunaga ("True Detective", "Jane Eyre", "Beasts of No Nation"). Disagreements between the director and the studio management led to Carey's departure from the project.

After that, the authorities changed the film studio, chose a new director (Andy Muschietti) and changed the cast. The role as Pennywise passed to Bill Skarsgård, because according to producers, Will was "not high enough" for that role. (Poulter height - 1.88 m, Skarsgard height - 1.92 m.).

Will Polter next appearance on the screen was held in the youth film "Kids in Love", directed by Chris Foggin ( "Queen of Hearts", "Friend Request Pending"), released in 2016. "Kids in Love" film stars: Sebastian De Souza, Alma Jodorowsky, Cara Delevingne.

Currently, Will Poulter is quite a catch. He doesn’t have a girlfriend, and little is known about Will's novels. But there is information that during school years the Will was in love with a girl named Zoe.

In the summer of 2017, the movie "Detroit" came out on the screens, directed by Kathryn Bigelow ( “Point Break”, “Strange Days”, “Zero Dark Thirty”). The film Detroit is about the 1967 Detroit riots. “Detroit” film stars: John Boyega, John Krasinski, Anthony Mackie.

The film "The Little Stranger" will appear on cinema screens in 2018. "The Little Stranger" directed by Leonard Abrahamson ("Frank", "Room", " Chance"). According to preliminary data, it is known that the movie will be a mystical "horror", such as the works of Edgar Poe, Charles Dickens, Daphne du Maurier and Agatha Christie. Will Poulter will play the role of Roderick Ayers.