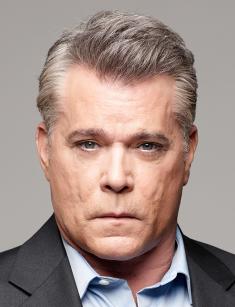 The filmography of the famous American actor, Ray Liotta, has more than a hundred different projects. The actor who appeared in a lot of cult movies played mainly in action films, detective stories, and psychological thrillers. Ray Liotta was born on December 18, 1954, in Newark, the Northeastern United States.

Due to extreme poverty, the biological parents abandoned Ray immediately after his birth. After six months, the future actor and a girl, Linda, were adopted by an Italian family who had no financial problems. The actor's stepmother was Mary. The woman worked as an ordinary clerk. His stepfather Alfred was a small auto-parts store owner. It is known that both parents actively participated in the political life of the city, but did not achieve success in it.

According to the actor, he needed nothing in his childhood. Mary and Alfred indulged the desires of the adopted children, genuinely loved and cared about them. As a teenager, Liotta was fond of athletics and even thought to connect his life with sports. He changed his views and entered the University of Miami after graduating from school in 1973.

The young man chose the theatre department. Most of the time he improved his acting skills and dreamed of an acting career. As a student, Liotta made his stage debut at the Jerry Herman Ring Theatre.

After graduation, Ray moved to New York City. In the largest city of the USA, the ambitious young man landed his first role in the TV series Another World (1978). Ray played in the project directed by Don Scardino, John Whitesell, Linda Atkinson, and Barnet Kellman for three years.

The actor made his feature film debut playing the role of Joe Heron in the cult movie The Lonely Lady. In 1987, he was first nominated for the Golden Globe Award for the character of Ray Sinclair in Jonathan Demme's film Something Wild. In this movie, the novice actor’s partners were celebrities such as Jeff Daniels and Melanie Griffith.

In 1988, in the film Dominick and Eugene, Ray portrayed a doctor who had to take care of a mentally disabled brother, and a year later, he played the legendary American baseball player, 'Shoeless' Joe Jackson, in the comedy Field of Dreams with Kevin Costner in the lead role.

The film was a resounding success, having competed even with Francis Ford Coppola's The Godfather Part III that was released the same year. Goodfellas set the bar for the dozens of gangster movies that followed it, and in the blink of an eye, Liotta became one of the most in-demand Hollywood actors.

Two years later, Ray’s filmography included the role of a mentally unbalanced law enforcement officer, Pete Davis, in the film Unlawful Entry, and in 1994 he played captain Joe Robbins who escaped from prison in the film No Escape.

The end of the 90s and the beginning of the 2000s were marked by the release of the film Unforgettable, Turbulence, Cop Land, Phoenix, The Rat Pack, Forever Mine, and Pilgrim. In September 2000, Peter O'Fallon's heart touching drama A Rumor of Angels premiered, in which Liotta played a widower who completely forgot about his 12-year-old son.

Ray gained 44.09 lbs. (20 kg) and put on low heels to play in the Joe Carnahan-directed film Narc (2002). The movie shows a week-long investigation into the murder of policeman Michael Calvess (Alan van Sprang), who infiltrated the drug trade of the city of Detroit. The experienced cop, Henry Oak (Ray Liotta), is asked to investigate the case, and his partner is detective Nick Tellis (Jason Patric) who has proved himself to be not the best officer.

In 2001, Ridley Scott’s crime thriller Hannibal was released. The sequel to the 1991 film The Silence of the Lambs is based on the novel of the same name by writer Thomas Harris. Ray played Justice Department official Paul Krendler. The same year, in the drama Blow, Liotta played Fred Jung, the father of George Jung (Johnny Depp), one of the most famous drug dealers in human history.

The actor portrayed a trapped policeman in the 2003 psychological thriller Identity. In 2005, the actor appeared in the acclaimed TV series ER. Ray won the Emmy Award for the role of an incurable patient, Charlie Metcalf.

In 2006, the actor appeared in the crime action movie Smokin' Aces. His colleagues on the set were Ryan Reynolds, Andy Garcia, and Jeremy Piven. The film, based on the life of a former criminal who dared to testify against his boss in court, became a box office success.

It is worth mentioning that there are comedic roles in the actor’s filmography. In 2007 Liotta portrayed a fearless biker in the film Wild Hogs, in 2009 he worked with Seth Rogen on the movie Observe and Report, and one year later, Ray appeared in the heart touching family movie Snowmen. From 2012 to 2014, the actor starred in the films The Iceman, Sin City: A Dame to Kill For, Ticket Out, Revenge of the Green Dragons, and Kill the Messenger.

The psychological thriller Go with Me premiered in September 2015. Daniel Alfredson’s film centers on the life story of a girl named Lillian (Julia Stiles). The woman has newly returned to her hometown and is being harassed by a local man named Richard Blackway (Ray Liotta). Realizing that the law enforcement agencies cover up the criminal in every way, the woman and her friend (Anthony Hopkins) begin their own investigation to understand what is happening in the district.

In 2016, Ray appeared as Lieutenant Matt Wozniak, one of the title characters, in the series Shades of Blue. Singer Jennifer Lopez and actors, Drea de Matteo and Warren Kole, starred in the project directed by Barry Levinson, Millicent Shelton, Dan Lerner, David Boyd, and Paul McCrane.

Although Ray has been married and has a child, there is little information about his personal life. From 1982 to 1983, the actor dated Heidi Von Beltz, a stunt double for star Farrah Fawcett, and also had a short love affair with Catherine Hickland.

In 1997, the actor married an actress, Michelle Grace. There are assumptions that the young people met at a baseball match. The second theory is that the lovers met on the set of the movie The Rat Pack, in which Liotta played Frank Sinatra. They soon celebrated the wedding and one year after, the wife gave birth to a daughter. The happy parents named the girl Karsen. The marriage lasted seven years and broke up in 2004. It is noteworthy that the media did not write about the reasons for divorce.

Like many actors, Ray underwent several plastic surgeries to keep him handsome. Thus, the appearance of the Hollywood star at the annual Screen Actors Guild Awards in 2016 provoked outrage among his fans. The actor’s face changed a lot after the last Botox injection course and a facelift. It had fewer wrinkles, but the nasolabial folds and eyebrow ridge looked extremely unnatural. After the hype on social media, the actor decided to grow old beautifully.

In 2017 Liotta will appear in the films E.A.S.: Esquadrao Antissequestro, Into the Americas, and Violent Talent. There is no information about the release date, the cast and the plot of the first two movies.

The film Violent Talent directed by Matthew Michael Carnahan is now going through the post-production stage and will soon show the underworld of Chicago, in which three friends decide to build their own criminal empire and have an unequal fight with the crime boss who has taken control of the city for many years. The drama will also feature Garrett Hedlund, Toby Kebbell, Margot Robbie, Ahmad Reese, and Linda Emond.

The third season of the series Shades of Blue is also scheduled to be released in 2018. Fans will see Ray as Matt Wozniak, the corrupt commander of the 64th Precinct's Street Crimes detective squad. EGTV Productions announced that the new season of the show would have ten forty-minute episodes.

In 2018, actor Ray Liotta was featured in a number of Chantix commercials and said that Pfizer’s Chantix helped him quit smoking.

Despite the busy schedule, the actor does not forget about his fans. On Instagram and Facebook, the leading actor of the movie Revolver regularly posts personal photos and videos of working moments.

It is worth noting that social media are not the only source of the latest news about Liotta’s life. The content related to the acting career of the Hollywood star is also often published on Internet sites and in print media.

Ray Liotta has a net worth of $14 million.