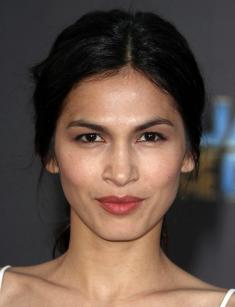 Elodie Yung is a French movie and TV actress, who is best known for her role the goddess Hathor in the fantasy action blockbuster Gods of Egypt. She was born on February 22, 1981, in Paris and was one of the three children. Her mother is French, and her father is of Cambodian origin. In childhood, Yung had to face the race prejudice – her classmates often teased the girl, so sport became one of the hobbies of young Elodie.

Yung had practiced Karate for over ten years that helped her in the future acting career. Graduating from the school with honors, she started to study Law at the University of La Sorbonne in Paris also called the University of Paris and had the dreams of becoming a Judge one day. While studying law, Elodie wanted to earn extra money, so she auditioned for commercials and was able to land an acting job. This would prove to be a pivotal moment for Elodie Yung as acting became something she wanted to do. After earning her law degree, the French girl decided to change her career path, which saw her enroll at the London Academy of Music and Dramatic Arts to brush up her skills in acting.

Yung started her career on television appearing in eight episodes of French teenage drama La vie devant nous as Jade Perrin. She made her movie debut in 2004 appearing in a French movie called Les fils du vent. The actress portrayed fearless Tsu appearing in a company of seven parkour Yamakasi who opened a gym in Bangkok. After a year, Yung shot in three episodes of the first season of Mademoiselle Joubert as Fanny Ledoin. TV series follows the everyday life of the female teacher in a grammar school.

In 2006, Yung played the central role in 29 episodes of French police television series called Les Bleus: premiers pas dans la police. Her character Laura Maurier fitted harmoniously with the employees of the French police station. In 2007, the movie Fragile(s) was premiered directed by French Martin Valente (also directed the movie Un jour mon père viendra) where the actress featured as Isa and starred alongside Francois Berleand, Caroline Cellier, Jean-Pierre Darroussin, Marie Gillain, and others. The same year, Yung had a leading role as Joséphine in a French miniseries of Sécurité intérieure.

In 2008, the French actress cast as Marie-Jo in the comedy Home Sweet Home directed by Didier Le Pêcheur. In 2009, she featured in comedy-drama Little Wenzhou as Su. The same year, Yung, who had athletic skills, worked on an English action film and a television movie as gang lord Tao in District 13: Ultimatum with many battle scenes written and produced by Luc Besson. With such crew of prepared traceur stars - Cyril Raffaelli, David Belle, Philippe Torreton, Daniel Duval – the movie grossed $9 billion worldwide.

In 2010, Elodie Yung went on to star in significant crime comedy Operation Casablanca as Isako. In 2011, the creators of the adaptation film The Girl with the Dragon Tattoo, directed by David Fincher, offered to shoot Elodie Yung in their movie, so it let the actress make her way into Hollywood. This psychological crime thriller blockbuster based on the Millennium series by Stieg Larsson. The main stars were Daniel Craig and Rooney Mara. Thanks to the Yung’s character Miriam Wu, the actress managed to get into the list of top Hollywood stars - that moment influenced her creative biography.

After two years, the French actress played a ninja in G.I. Joe: Retaliation starring Dwayne Johnson, Adrianne Palicki, Bruce Willis, Ray Park, and other celebs. It was a box office success, grossing over $375 million worldwide. In 2014, Yung appeared in several other American movies like British drama Still directed by Simon Blake and romantic comedy 10 Things I Hate About Life directed and written by Gil Junger. The following year, Elodie Yung, who had a height of 165 cm and weight of 56 kg, featured as Eva Gray in a science fiction thriller Narcopolis.

The actress is engaged to fiancé and British actor Jonathan Howard who played Ian Boothby in the Marvel movie Thor: The Dark World and World War Z. The couple announced that they were expecting a child through an Instagram photo taken of Elodie Yung wearing a bikini and arms around her baby bump.

In 2016, Yung played Elektra Natchios in the second season of web television series Daredevil and the goddess of love Hathor, who helped the lovers to find lost happiness, in the fantasy movie Gods of Egypt directed by Alex Proyas based on the ancient Egyptian deities. Due to the role of Hathor, Yung earned a record fee - $5 billion. Gerard Butler, Nikolaj Coster-Waldau, Brenton Thwaites were starred too.

She appeared in two 2017 movies - action thriller comedy The Hitman’s Bodyguard alongside Ryan Reynolds , Salma Hayek and Samuel L. Jackson (as main roles) and superhero television miniseries The Defenders which should be released with all eight episodes on Netflix, starring Charlie Cox, Krysten Ritter, Sigourney Weaver. According to the series conception, it would complement the superhero series such as Daredevil, Jessica Jones, Luke Cage, Iron Fist, which were planned to be the full-length motion pictures.

GQ magazine ranked Elodie as 35th in their 100 Sexiest Models of 2017 beating the notable women - Eva Green and Emily Blunt. In June, the actress traveled through the French province of Brittany. On a trip, Elodie was accompanied by her four-legged friend, her dog Hyena.

In 2017, Elodie Yung participated in the Comic-con dedicated to the game Call of Duty: WWII. In the new mode Army of the Dead, the actress voiced Olivia Durant, the female character of the game, and her colleague David Tennant voiced the character, Drostan Hynd. In the mode, participants had to fight with the Nazi zombies and find the Sword of Barbarossa.