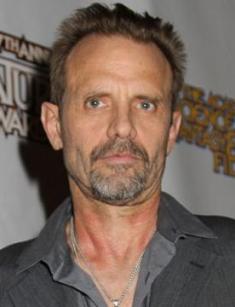 Michael Biehn is the Hollywood star of the 1980s. The actor participated in dozens of projects, but his roles in three iconic movies by James Cameron made him truly famous.

Michael Biehn was born on July 31, 1956. He was the second among three kids of Don and Marcia Biehn. Little information is known about the artist’s early years.

He was born in Anniston, Alabama. The city was notable for its well-planned architecture and picturesque landscapes. The crime level was pretty high, and the list of outstanding people born in this place was remarkable, from the serial killer Nannie Doss (also known as Lady Blue Beard) to the Alabama Governor. Soon, the Hollywood celebrity Michael Biehn contributed to this list.

Biehn has British, German, Scottish, and Czech roots. The boy spent his childhood in Lincoln, Nebraska. When Michael was 14, the family moved to Lake Havasu City, Arizona, where the teenager got a scholarship to study drama at the University of Arizona. Michael used to be a member of the ΣΝ (Sigma Nu) Fraternity. He quitted his studies for two years before graduation to conquer Hollywood.

The dream factory did not accept the Alabamian at once. The actor’s debuting movie came out in 1978, but his name was not even included in the credits. Three years later, Michael had the role of a psychopath in the horror The Fan. The old-school Hollywood artists participated in the project. Lauren Bacall, whose character was chased by Biehn’s, was considered to be one of the greatest actresses ever.

The laureate of Oscar, Tony, Golden Globe, and César Awards gave the young man several drama classes. Besides, James Garner and legendary Maureen Stapleton joined the cast. Still, the movie failed: critics believed the acting was unconvincing, and the plot left much to be desired. It was a valuable experience for Michael, though.

A couple of years later, Biehn participated in The Lords of Discipline; it was a commercial success and strengthened the young man’s position. The turning point happened in 1984 when the actor worked on the iconic The Terminator. At that moment, nobody could imagine it the low-budget action was going to become a hit.

Cameron was a beginning director at that time, and Arnold Schwarzenegger had played only good guys before. Biehn, who had appeared as a psychopath, got a positive role of Kyle Reese.

The movie grossed recording $80 million; the phrase “I’ll be back” became one of the most popular movie quotes. While Iron Arnie kept his promise and played in the next part of the franchise, Terminator 2: Judgment Day, Biehn appeared in a short scene of Sarah Connor’s dream. It was deleted from the movie, but the director’s cut included it. Later, Kyle Reese was featured in the fourth and fifth parts of the saga, but Michael did not participate there.

Many journalists continue to ask the artist about Schwarzenegger and how they collaborated. Just like before, Biehn replies they rarely saw each other at the movie set, so he has nothing to say.

During this project, Michael made friends with James Cameron. There is no need to explain how a friendship with a director may be beneficial in Hollywood. In 1986, when Cameron asked Biehn to replace James Remar, who had just left the movie Aliens, the actor immediately accepted the offer. As the story ran, the audience expected the romantic storyline between Biehn’s character, Corporal Dwayne Hicks, and Ellen Ripley (Sigourney Weaver), but it did not happen.

The James Cameron triplet was finished by the movie The Abyss (1989); it also concluded the 1980s epoch. The project won the Academy Award for Best Visual Effects. Michael had the opportunity to co-work with Ed Harris, who was among his five favorite actors.

It is funny that Biehn’s characters in Cameron’s movies not only were like-minded but also had the same problem: they were bitten. Linda Hamilton got her teeth in his arm in The Terminator; Carrie Henn did the same in Aliens while Ed Harris bit him in The Abyss.

In the 1990s, Biehn’s career declined. The chain of failures (Navy SEALs, Timebomb, Deadfall, and Jade) turned him into a second-rate action artist. Newspapers did not print his pictures, and blockbuster posters did not show his face. However, Michael received the role in the movie that he called the favorite one in his career: Tombstone. This western was included in the IMDb top 100 movies; Kurt Russell and Val Kilmer starred there. Biehn personified a gangster Johnny Ringo.

In 1996, the actor had another chance to collaborate with his icon Ed Harris: he joined the cast of the movie The Rock with Sean Connery and Nicolas Cage. The new century was marked with a part in The Art of War with Wesley Snipes.

In November 2003, the actor began to work on the movie American by the Russian director Aleksei Balabanov. Filming took place in the United States and Russia, where the actor severely abused alcohol. Eventually, the director refused the project, and it was put freeze on.

In 2007, Biehn appeared in the trash horror Planet Terror. The bloody fantasy with Rose McGowan was a part of Grindhouse, the collaboration project by Robert Rodriguez and Quentin Tarantino. Although Planet Terror and Death Proof had independent storylines, they were full of references to each other.

The next decade brought six movies: the DVD action Streets of Blood, the post-apocalyptic horror The Divide, and the new movie from The Scorpion King franchise where Biehn was given the role of King Yannick.

The actor’s personal life has been marked with several consecutive marriages. Besides, Biehn is the father of five sons.

The first wife, Carlene Olson, gave birth to the twins, Devon and Taylor, in 1984. The couple divorced in 1987.

The marriage to Gina Marsh was marked with two more sons.

In 2015, the artist married Jennifer Blanc, his colleague from the movie The Victim. Their son Dashiell was born the same year. The woman has an Instagram account and often shares pictures with her husband.

In 2017, the actor participated in the psychological thriller The Shadow Effect with Cam Gigandet and Jonathan Rhys Meyers. 2018 was not marked by any project.

In 2019, the artist appeared in an episode of the series Curfew.

Michael Biehn’s net worth is $8 million.