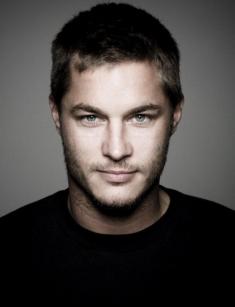 Nowadays, Travis Fimmel is a recognized Hollywood star. But the actor did not become famous immediately. The artist’s path to success was long. The result surpassed all expectations. The series Vikings and the action movie Warcraft made the name of the Australian actor famous around the world.

Travis was born in the summer of 1979 in the provincial town of Echuca, which is located between Sydney and Melbourne. The family of the future star of Vikings had neither actors nor creative people. The mother worked as a nurse, and his father was a farmer and bred cattle. Besides younger Travis, the family had two sons who had English and German ancestry.

The boy’s life on the dairy farm did not have a lot of exciting events. From morning till night, the sons helped the father on the farm.

At school, the boy became interested in football, which helped him leave the village. At the age of 17, Travis Fimmel joined the youth team of the Australian Football League and moved to Melbourne. The young athlete showed brilliant results, but a leg injury put the future career as a football player to an end.

Travis entered a university to study architecture. He could not graduate, because the young man began a successful modeling career. Soon Travis Fimmel achieved great results such as collaboration with Calvin Klein, and the young man appeared in its advertising. Then he participated in the shooting of the music videos of Jennifer Lopez and Janet Jackson. Fimmel signed a lucrative contract with Calvin Klein.

As for the music videos, Travis could show his acting skills, which attracted the attention of the famous screenwriter, David Seltzer. He advised the young man to go to America and make it into Hollywood.

Travis Fimmel followed the advice and went to the USA. The young man became a student of the Hollywood acting school, where he learned the basics of the profession.

The Australian made his debut in the film Tarzan in 2003. Fimmel was immediately cast in the leading role. But the director made a mistake giving the novice actor such a responsible role. The film was a box office flop, and Travis received a lot of negative reviews. The artist learned the necessary lessons from this and did not give up the career.

Three years later, Travis joined the cast of the drama Southern Comfort, which told about the tragedy of a transsexual who died of ovarian cancer. The film also featured Madeleine Stowe and Eric Roberts.

Although he rarely acted in films, in 2008 the charismatic actor got the leading role again. This time he played in Australian director David Denneen 's project Restraint in which Travis Fimmel and Teresa Palmer appeared as a hiding couple forced to take a hostage (Stephen Moyer).

According to critics, it was Travis’s acting that made the movie bright, because the film had a very stale plot. The eminent Hollywood masters could not but notice the actor. The same year, Travis appeared in the comedy Surfer, Dude with Hollywood star Matthew McConaughey in the leading role. The title character arrives in Malibu, where he starts shooting a film about his profession.

In 2009 the artist included in his filmography a significant work. It was the leading role in the drama series The Beast, in which the young Australian played a partner of Patrick Swayze. The actors portrayed undercover FBI agents. The creators of the television movie saw that it was highly rated. So, they planned to continue shooting, but Patrick Swayze was diagnosed with a severe illness, and the project was closed. The role of an undercover agent was the last for the legendary American actor.

A role in the psychological drama The Experiment was no less useful for the development of his acting skills. The young Australian starred together with notable Hollywood stars Adrien Brody and Forest Whitaker.

One more celebrity, Eva Longoria, appeared on the screen together with the young colleague in the action movie The Baytown Outlaws. Travis played the role of a boy who lived in a village in rural America. It was easy for the actor to shoot in the film because Fimmel just recalled his past.

Soon Travis’s credentials included the multi-part thriller BlackBoxTV, the crime drama Chase, in which he joined a secondary cast. The artist also did not forget about Australian cinema. Moreover, Fimmel has always had the opportunity to get prominent roles in the films in his homeland. For example, the horror film Needle, in which Travis could portray one of the brothers who found an artifact, which caused a series of strange deaths. The actor also appeared in the comedy Pure Country 2: The Gift.

The name of the charming Australian actor was already well-known to millions of people. Travis was often invited to various talk shows. The artist succeeded in the modeling business and earned enormous sums of money.

All of the above-mentioned films turned out to be insignificant steps on the path to stunning success that Fimmel achieved after the release of the series Vikings in 2012. The role of brave Viking Ragnar Lothbrok turned Travis with icy blue eyes into a star. The saga about the legendary Scandinavian warriors was so popular that it was decided to renew it for the six seasons in 2018. Danila Kozlovsky would be invited to play the role of Oleg The Prophet in the last season.

The Australian consolidated his success in 2015 when viewers saw the romantic comedy Maggie's Plan. Travis Fimmel starred in this film with Ethan Hawke and Julianne Moore.

Another work that influenced the development of the Australian’s career was the role in Duncan Jones’s fantasy epic Warcraft. The film was released in the spring of 2016 and became a gift to Fimmel's fans. Travis appeared as the title character, Anduin Lothar, the military commander of the human forces in Stormwind Kingdom.

In the late autumn of 2016, viewers saw a new film version of Erich Maria Remarque’s novel All Quiet on the Western Front, where Travis Fimmel and Daniel Radcliffe played the title characters.

The actor is still not married. Travis Fimmel's personal life is always in the spotlight. The handsome blue-eyed man appeared more than once together with beautiful young women, but all love affairs turned out to be rumors. The media even wrote that the actor belonged to sexual minorities. But there is no evidence of it.

Fimmel searches, most likely, for a girlfriend very carefully. The artist has often told about the character features that his partner should possess. When we see this list, it becomes clear why Travis is still alone.

The famous Australian feels affection towards his homeland and family. Fimmel uses every opportunity to come home and visit his own farm, where his parents live. Touching family photos periodically appear on the actor's Instagram page.

As a successful actor, Travis continues to delight viewers with new projects. In 2017, the adventure drama Lean on Pete with the participation of the Australian was released, where Chloë Sevigny became Fimmel's partner.

In 2018, he plans to play in many films, including Danger Close and The True History of the Kelly Gang. 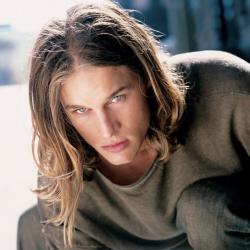