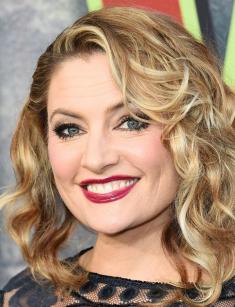 Mädchen was born on December 12, 1970, in Sparks, Western Nevada. Her mother, Judy, worked as a medical office manager, and the father, Bill, was a musician. It was the mother who gave her daughter the unusual name: the woman was born in Germany (“Mädchen” is translated as “girl”).

When Amick was small, she began to pursue her artistic ambitions with the parents’ assistance: the girl played the piano and violin and took ballet, jazz, and contemporary dance classes. At 16, Mädchen moved to Los Angeles to start her acting career. Similar to many of her colleagues, the young woman began to conquer the world of cinematography from modeling business and short videos and commercials.

In Los Angeles, Amick appeared in the series Star Trek: The Next Generation and the 1991 movie The Borrower. The following role of the waitress Shelly Johnson in David Lynch’s mysterious series Twin Peaks brought the artist the first fame.

The actress’s character is a woman who tolerates her husband’s terrible treatment. She became one of the most popular figures in the series which determined her participation in the director’s next project, the movie Twin Peaks: Fire Walk with Me.

In 1992, Amick played Tanya Robertson in the horror Sleepwalkers based on Stephen King’s work. Later on, Mädchen took part in the TV movie Love, Cheat & Steal. The next project, Nicholas Kazan’s Dream Lover, was the turning point in the actress’s career.

Further on, Amick worked on the series Central Park West (1995) and Fantasy Island (1998); she had a lead role in the latter project. Unfortunately, both of them were closed after the first season.

The image of the series actress strengthened after the series Gilmore Girls, ER, Jake in Progress, and Joey. At the same time, Mädchen was a guest star in the high-concept series Kidnapped: she played a weird, merciless murderer.

October 2012 brought the remake of the 1980s series Beauty & the Beast. The new project starred Kristin Kreuk and Jay Ryan.

In 2013-2014, Amick worked on the series Witches of East End. It is a story about a powerful immortal witch Joanna Beauchamp (Julia Ormond) and her two adult daughters who grew up without knowing who they really were.

In 2016, the comedy TV series Love was premiered; Amick appeared in one episode. It is the story about a young man, Gus, who moves to Los Angeles to become a scriptwriter.

However, instead of making his dream come true, Gus works as a school teacher of a child actor. Because of his busy schedule, the man’s girlfriend breaks up with him; he has to move to an unaccommodating home. Soon, Gus meets a young woman, Mickey, who works as a radio station producer and leads a messy life. She shares an apartment with a roommate Bettie to save some money after she splits up with her boyfriend. Gus encounters Mickey who is freaking out in a store; they make friends, and their friendship will probably result in something else.

There is little information about the actress’s personal life on the Internet.

In 1992, the artist married the musician David Alexis; two children were born in this family.

In January 2017, the premiere of the series Riverdale took place; Mädchen Amick and Skeet Ulrich played there. The story is based on Archie Comics. Amick personified a severe perfectionist and the administrator of a local newspaper Alice Cooper. At the beginning of the series, a high-school student Jason Blossom dies tragically. One of the central characters, Archie Andrews, realizes he does not want to follow in his father’s footsteps – the young man dreams of being a musician.

Because Archie suddenly ends the banned relationship with the young music teacher Miss Grundy, the young man is left without a mentor. Even his friend, the singer Josie McCoy (Ashleigh Murray), spends her free time on the group The Pussycats. All these events are hard for Archie. The situation is deteriorated when the young man has a conflict with his friend and classmate, the writer Jughead Jones (Cole Sprouse).

While Bettie Cooper (Lili Reinhart) is in love with Andrews and plans to reveal her feelings, a new student, Veronica Lodge (Camila Mendes), appears at school. Archie and Veronica feel attracted to each other, but Lodge prefers the friendship with Bettie and her peace to the romance.

Simultaneously, the school “queen” Cheryl Blossom (Madelaine Petsch) is determined to revenge her brother’s death and spoils everybody’s life. Archie and his friends try to find out how Jason died and who is behind his death.

The same year, the third season of the American drama series Twin Peaks was released. Once again, Amick played Shelly Johnson who is still a waitress 25 years later.

Despite her busy schedule, the artist regularly pleases her fans with new videos from movie sets and personal photos on Instagram. 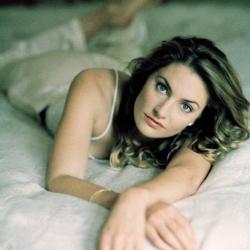