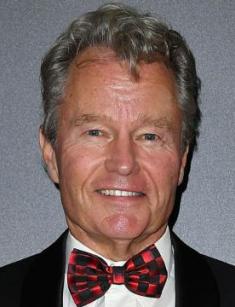 John Savage is an American actor, producer, and composer; he is known for the iconic movies The Deer Hunter, The Onion Field, and Hair.

Besides, the artist is an active fighter against apartheid; he stopped his movie career for going to Africa and join other activists. Savage used to be Nelson Mandela’s personal advisor.

John Savage was born in Old Bethpage in August 1949. His parents, Muriel and Floyd-Jones Youngs, had nothing to do with cinematography. The father worked as an insurance agent and used to serve on Guadalcanal as a marine soldier during the Second World War; the mother kept the house and brought up four kids, including John. His brother Jim and sister Gail devoted their lives to acting, and the sister Robin became a TV presenter and actress.

Little John showed his artistic talents early: the boy gladly participated in school performances, and he was fond of theater. Besides, Youngs graduated from a music school.

At the age of 14, Savage had his first Broadway experience: he replaced an ill actor and personified the main character’s son in Fiddler on the Roof. Although the part was tiny, the teenager was so excited he did not consider any other profession but acting. Soon, he entered the American Academy of Dramatic Arts and studied drama for two years.

After graduation, John Savage started participating in Broadway shows. In 1973, the 23-year-old artist moved to California, closer to Hollywood. Soon, his career improved: he appeared in episodes of the western Bad Company, the black comedy Steelyard Blues, and the thriller The Killing Kind. Movie makers noticed the actor’s talent.

1978 was marked with the breakthrough war drama The Deer Hunter by Michael Cimino. The project enjoyed incredible success and won five Academy Awards; it became the movie of the year. In 1996, the Librarian of Congress included it in the National Film Registry.

The drama shows three Americans of the Slavic origin who participate in the Vietnam war. Robert De Niro, Christopher Walken, and John Savage personified the main characters. It was one of the first projects for Meryl Streep and the last one for John Cazale.

The next year was equally bright: the actor participated in Miloš Forman’s musical Hair about the hippie movement. It brought the director The David di Donatello Awards and the nominations for The César Award and The Golden Globe. Savage personified the main character, Claude Hooper Bukowski.

In 1979, another popular movie, the drama The Onion Field, was released; John Savage and James Woods starred there. Woods was nominated for the Golden Globe for his role.

Oliver Stone’s Salvador was released in 1986. The director gathered the top Hollywood celebrities: James Woods, James Belushi, and the British actor Michael Murphy. John personified the young American photographer and the victim of the war. The project was nominated for The Academy Awards and The Independent Spirit Awards.

Further on, the actor worked on the adventure movie Hotel Colonial, Spike Lee’s drama Do the Right Thing, and Francis Ford Coppola’s The Godfather Part III.

In the 1990s, the artist’s most notable projects included the actions Berlin ‘39, The Dangerous, The Takeover, and the war drama The Thin Red Line nominated for seven Oscars and winning a prize at the Berlin International Film Festival. In the latter project, Savage collaborated with Sean Penn, Nick Nolte, Adrien Brody, and John Travolta.

In the 2000s, John appeared in the series Dark Angel by James Cameron and Carnivàle.

2005 gave the actor’s fans the chance to see their favorite in Terrence Malick’s drama The New World. It is the story about the 17th-century America and the conquest of the Native Americans on the east coast. The movie starred Colin Farrell, Christian Bale, and Christopher Plummer and had the nominations for the Academy Awards and the National Board of Review Award.

The actor has been married twice. The artist Susan Youngs became the man’s first wife; she gave birth to two kids: Jennifer and Lachlan. The daughter followed in her father’s footsteps and became an actress; the son works as a ceramics artist. However, the kids did not prevent the family from splitting up: they divorced in 1969, two years after the marriage.

John did not marry for more than twenty years. At the beginning of the 1990s, he met the South African TV star Sandi Schultz; they married in 1993 and spent ten years together.

Today, the actress Blanca Blanco the Savage’s partner; they began to date in 2008.

In 2017, the actor starred in the mysterious series Twin Peaks by David Lynch and Mark Frost; he played Detective Clark. At the end of the year, the Russian audience watched the premiere of the sports retro drama Going Vertical; the German, Austrian, and Belgian viewers enjoyed the blockbuster in the mid-January.

Savage personified the main coach of the USA national team Hank Aiba who became the FIBA Hall of Fame member in 2007. The artist collaborated with the Russian actors Vladimir Mashkov, Andrey Smolyakov, and Sergei Garmash.