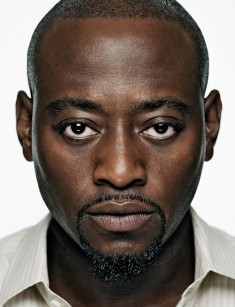 Omar Hashim Epps, who played dark-skinned doctor Foreman in the famous medical series House, is not only an actor but also a musician, songwriter, and producer. However, Epps became well-known working on the film set. Unlike colleagues on the series about the medical genius and his crew, Omar Epps became famous in Russia long before the release of House.

In the middle of the 1990s, the cult youth comedy Don't Be a Menace to South Central While Drinking Your Juice in the Hood broke records and was the most-viewed video in the post-Soviet countries. The medical drama series helped him reach the movie stardom. Nevertheless, Omar Epps complains that, though the starring roles have increased viewers’ awareness, it is still difficult for them to remember his name.

Omar Hashim is of Afro-Arab descent. Epps was born in the summer of 1973 in Brooklyn, the most densely populated area of New York City. A single mother raised Omar and his two older brothersby a single mother. The woman worked as a school principal and had a domineering character.

Omar Epps showed his talents in childhood. The boy became interested in rap and performed in the band, which he created with his older brother. 10-year-old Omar Hashim attended a music school, wrote poems and scripts.

The teenager was confident of his intention to connect his future life with music, but his friend Marlon Wayans, a famous comedian, influenced Omar’s choice. Like Marlon, Omar enrolled in the Fiorello H. LaGuardia High School of Music & Art and Performing Arts, where he learned the basics of acting.

Omar Epps started an acting career in 1992. The aspiring actor made his debut in Ernest Dickerson's drama Juice, where the legendary Harlem hip-hop singer, Tupac Shakur, played a leading role. It is the tragic story of Harlem troubled teenagers. Epps portrayed Q (or Quincy).

Subsequently, Omar Epps had to play men who were in trouble more than once. In the fantasy action movie Daybreak, the actor got a bit part, and in 1993, Epps played a negative character in the drama film The Program, where James Caan became his partner on the set.

The following year, the sequel to the comedy Major League premiered. The continuation of the 1989 popular hit had the original cast, except for Wesley Snipes. Epps replaced him. The sequel did not pay off at the box office and did not score the same ratings as the first part, but it gave Omar a valuable experience because the young actor was lucky to work with Charlie Sheen and Tom Berenger.

After the failure of the sequel, Epps had a run of bad luck, which ended in 1996. The dark-skinned Brooklyn dweller drew the winning ticket. American director Paris Barclay invited Omar to play in his comedy film Don't Be a Menace to South Central While Drinking Your Juice in the Hood.

Barclay’s comedy parody project became cult. Working with the Wayans brothers made Omar Epps famous. The same year, the actor participated in the medical series ER, where he played the restless surgical intern, Dennis Gant. Epps’s hero appeared in several episodes, but viewers have remembered him. TV viewers liked the action-packed project about the life of the emergency room of the hospital in Chicago, and the producers filmed 15 seasons. Omar Epps starred in the third and fourth seasons.

The beginning of the new century brought Omar Epps a new wave of success. The actor appeared in the drama comedy Breakfast of Champions, where Bruce Willis and Nick Nolte played the leading roles. The film was nominated for the main prize of the Berlin International Film Festival.

Omar Epps could consolidate his success in the film industry, having played a prominent role in the crime drama Brother of the Japanese cult director, Takeshi Kitano. Epps together with Takeshi Kitano played the title characters.

The same year, the thriller Dracula 2000 premiered, in which Epps appeared as Marcus, and the following year the African-American portrayed a character in Barry Sonnenfeld’s comedy Big Trouble.

Omar Epps became very famous in 2004 when the medical drama series House was released. A serious-minded and conscientious doctor, Eric Foreman, became the favorite hero of millions of viewers. Film critics also praised the actor’s acting, and he was twice nominated for the NAACP Image Award.

The series aired until 2012. In 2007, Epps won the NAACP Image Award. The actor reached the stardom along with such outstanding actors as Hugh Laurie, Robert Sean Leonard, Lisa Edelstein. TV viewers watched his love affair with Dr. “Thirteen” (Olivia Wilde) with great interest.

From 2004 to 2012, Omar Epps was busy on the set of House, but he managed to play in the melodrama Alfie, released in 2004. It is a romantic comedy where Epps played with the star cast including Jude Law, Marisa Tomei, and Susan Sarandon. The film premiered worldwide in the autumn of 2004, Russian viewers saw the movie in the spring of 2005.

After the end of House, Omar Epps was offered a leading role in the science fiction drama Resurrection directed by Aaron Zelman. The producer of the series was Brad Pitt. The project premiered in 2014 and was highly rated. The drama series had the second season, in which Epps appeared again.

Omar Epps has his own production company, BrooklynWorks Films.

The TV star does not like to tell about his personal life and does not give interviews related to this topic. He has a daughter, Aiyanna, from a previous relationship with a woman whose name is unknown. Omar participates in the upbringing of the girl and attends with Aiyanna public events.

In the early 2000s, Omar Epps met R&B singer Keisha Spivey from the band Total. In the summer of 2004, the couple had a daughter, K'mari Mae. In 2005, Omar and Keisha got married, and two years later they had a son, Amir.

The American actor continues to film in series. In 2016, the action-drama series Shooter directed by John Hlavin premiered. The film is based on the eponymous novel of the English writer, Stephen Hunter. Viewers and film critics warmly welcomed the project. In December 2016, Shooter was renewed for the second season, which appeared in the summer of 2017. 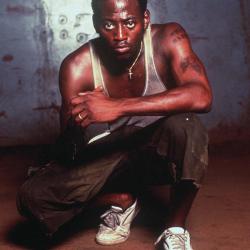