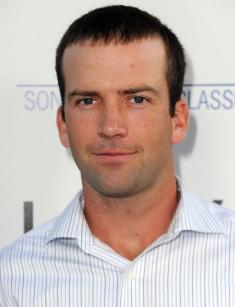 Lucas Black is an American actor, model. The filmography of the artist is not so extensive but contains many significant projects. It is the comedy Crazy in Alabama, the action Jarhead and two parts of the franchise The Fast and the Furious.

Lucas Black was born in November 1982 in Alabama. His childhood was spent in the town Speake. Lucas was the youngest of three children of the spouses Jan and Larry Black.

The boy had artistry early. Lucas performed on the stage in elementary grades, playing various characters in school productions.

The cinematic biography of Lucas Black began when he was 11 years old. The agent noticed a capable boy in an amateur performance and invited him to star in a military film, which was called – The War. The famous actor Kevin Costner starred in this film directed by Jon Avnet. The work on the same site with the Hollywood star had a strong impression on the boy. Then Lucas made the final decision, that he will become an artist too.

A year later, young Black was again called to act. He starred in Bob Thornton's dramatic film Sling Blade this time. For this work, the director, who also starred in this film in the main role, won the Oscar for best screenplay and was nominated for the main Hollywood film award as an actor. Of course, the audience and critics noticed the talented teenager Lucas Black in this sensational film.

Black the next offer from the eminent director Rob Reiner this time a year after the release of the film Sling Blade. In 1996, Black appeared on the set of the film Ghosts of Mississippi with Hollywood stars Alec Baldwin, James Woods. The expected success followed.

Lucas Black began to appear in popular TV series, the most rated of which can be called The X-Files, Chicago Hope and American Gothic. The Young Star Award nominated him for his work in the last film. It was not his first prize but it was the most prestigious.

At the age of 15, Lucas Black played the first main role in the dramatic film Flashpoint directed by Simon Wincer. The film was released in 1997. And after two years, the actor was offered to play a key character in the comedy Crazy in Alabama, which was shot by Antonio Banderas.

But not only the cinema "fell in love" with young Black. His modeling career thrived at the same time. Lucas, who is 5,8 feet (178 cm) tall and weighs 165 lbs (75 kg), appeared at the shows of famous Calvin Klein. The photo of the artist in jeans, which was made by the designer, decorated the pages of the American glossy magazines. Also, the guy had time to study in high school in Alabama.

The actor played in the films All The Pretty Horses and Cold Mountain. Perhaps it was the last "junior" roles of the artist. The following works of the actor were Friday Night Lights, Perfect Strangers, Jarhead and The Fast and The Furious: Tokyo Drift assigned to Lucas Black fame of the rising Hollywood star.

The last project was so successful and rating that the franchise of the movie The Fast and the Furious was continued. Each new part became more and more financially successful. Seven years later, Lucas Black signed a contract with Universal Pictures to participate in three parts of the franchise. And in 2015, Black appeared in the star company with Vin Diesel, Paul Walker, Jason Statham, Djimon Hounsou in the 7th part of the movie The Fast and the Furious. The action was the third film of the year in terms of box office. He brought to the creators $ 1.5 billion.

In the list of works of Lucas Black, there is a role in the drama Get Low, where the actor appeared with the stars Robert Duvall and Bill Murray, Sissy Spacek. The artist had the main character in the thriller Legion, where it was about the rebellion of angels against God. Lucas Black turned into the owner of the diner Jeep Hanson, who fell in love with the waitress Charlie (Adrianne Palicki).

Lucas lit up in the episode in the drama Promised Land, created by the script of Matt Damon. The film touched upon an important topic for modern society – the invasion of large commodity corporations into the private property of ordinary citizens.

In 2014, the actor signed a contract with CBS, which began shooting the police drama NCIS: New Orleans. Lucas Black got the main role of the special agent Christopher Lasalle. Scott Bakula played his partner. Ratings of the series allowed to extend it for three seasons ahead.

There is the drama 42 among the memorable projects in the film career of Lucas, where Black happened to be reincarnated on the screen in the champion of the National League baseball Pee Wee Reese. It is not the first role of the artist in the film, which is dedicated to the theme of sports. Lucas had a chance to transform into an athlete, golfer Luke Chisholm three years before. The hero of Black did not cope with the defeat in the first contest and fled to a desolate in Utopia, where he found harmony.

In his spare time, which the Hollywood star has not so much, Lucas likes to play basketball and football. The actor found a new hobby – golf, which he pays more attention.

Lucas Black has a happy personal life. In 2010, the actor married the beautiful Maggie O'Brien. The wife of the artist works in a law firm. The charming daughter Sophie Jo Black was born soon after the wedding. The family was replenished with two more children after a while.

In 2016, when the work began on the next part of the popular franchise The Fate of the Furious, Lucas Black confirmed his participation in the role of Sean Boswell. But the actor terminated the contract after a while as he didn't fit into the schedule of shootings. Now Lucas Black prepares to shoot in the ninth part of the franchise, the release of which is scheduled for 2020. Lucas Black has a net worth of $6 million.