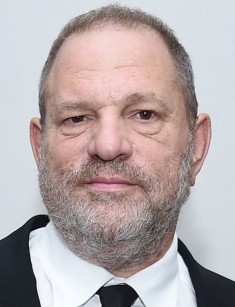 Harvey Weinstein is a genius Hollywood produced who had ranked the first in the changeable world of movie dreams. He is the Oscar winner, the founder of the companies “Miramax Films” and “The Weinstein Company,” the creator of hundreds of movies, the owner of millions of dollars, and the favorite of the fate. Who would have thought that this person’s biography would become a classicf Hollywood story of fabulous success and fabulous failure?

The would-be movie producer was born on March 19, 1952, in New York. Harvey Weinstein spent his childhood in Queens, one of the city’s largest areas. The boy’s family was not rich: the father worked as a jeweler’s assistant, the mother was a secretary in a law firm. Harvey had the younger brother Bob.

Since early years, Harvey Weinstein demonstrated an entrepreneurial mindset. Having finished school, Bob and Harvey entered the university and simultaneously rented a hall of the movie theater “Century Theater” where they began to organize parties for young people. Inexpensive tickets were extremely popular among students.

After the university, the Weinsteins took up production business. The young men organized rock and humorous concerts and other events. The business turned out to be prosperous, and the earned money was enough to make Harvey’s long-cherished dream come true: the brothers started their own production company “Miramax” and engaged themselves in cinematography. It is peculiar that the company’s name is made up of the names of Harvey and Bob’s parents – Miriam and Max.

“It was a real adventure. We started our business without any skills. With all that, we dreamed of not only movies distribution but also producing. Since my childhood, I wanted to make movies.”

At first, Weinstein worked with unknown directors who created art house movies. It was risky, yet Harvey’s luck and instinct did their job: the movies selected by Weinstein became popular, and Harvey, who bought screening rights for next to nothing, resold them at prices that exceeded the initial costs many times.

Harvey Weinstein’s producer talent became apparent, and his filmography was enriched with new masterpieces. “The English Patient,” “The Cider House Rules,” “Scream,” “Shakespeare in Love,” “Chocolat,” “Cold Mountain,” “Gangs of New York”, and other movies were inevitably bestsellers as soon as they were out.

By that time, the company “Miramax” was ruled not only by the Weinsteins but also the managers of the Walt Disney Company. At some point, there were disagreements within the company – Harvey Weinstein could not tolerate any instructions and stereotypes. The producer insisted that some episodes should be remade and even made directors work on scenarios anew.

The 2017 movie “Tulip Fever” with Alicia Vikander and Judi Dench is among the latest masterpieces. Throughout his career, Harvey Weinstein released more than 300 movies many of which received a lot of awards and became the treasure of the world’s cinematography.

Harvey Weinstein got a reputation of a heartbreaker. His girlfriends were always notable for their beauty and unusual charm. For the first time, the producer married in 1987 – it was Eve Chilton who worked as his assistant. In 1995, they had their first child, the daughter Remy. In 1998, the producer’s daughter Emma was born. His third daughter Ruth was born in 2002. Unfortunately, even children could not save Harvey and Eve’s relationship – in 2004, they broke up.

For the second time, Harvey Weinstein married in three years. The actress and model Georgina Chapman became the talented producer’s partner. She gave birth to the daughter India Pearl and son Dashiell Max Robert. It looked like the family idyll was impossible to destroy, but another fate was there: a big scandal disrupted the happy life of Harvey and Georgina.

In 2017, Hollywood proved again that there were no perfect reputations, and a yesterday’s star can become an outcast at any moment. Just a single article in “The New York Times” ruined Harvey Weinstein’s career.

The actress Ashley Judd known for her roles in the movies “Tooth Fairy,” “The Divergent,” and “Double Jeopardy” told journalists that Harvey Weinstein sexually harassed her and almost raped her. According to the woman’s words, it happened in a hotel room where naked Harvey Weinstein asked her to give him a massage. The actress refused and escaped the room.

This revelation triggered dozens of confessions by Harvey Weinstein’s victims. The actresses Angelina Jolie, Rose McGowan, Gwyneth Paltrow, Cara Delevingne, Asia Argento, Jennifer Lawrence, Alicia Vikander, Blake Lively, and some other women accused the producer of sexual harassment. The producer’s photos appeared in newspapers and magazines again, but now there was nothing to be proud of.

The female employees of “Miramax” and “The Weinstein Company” joined the accusations. Georgina Chapman, the producer’s wife, announced she was going to divorce since she could not bear the pain and wanted to break up with her husband.

It is notable that “The New York Times” investigation was based only on the women’s interviews and the producer’s correspondence. The journalists also emphasized that many employees of Weinstein’s company consider him to be an ideal chief and they never faced Harvey’s inappropriate behavior.

It is known that “The Weinstein Company” Board of Directors including the brother Bob Weinstein made a decision to fire the producer. Besides, The British Academy of Film and Television Arts excluded him from its members, the same measure was taken by Academy of Motion Picture Arts and Sciences. Family, career, glory, and the love of the audience that Harvey Weinstein had for 30 years were destroyed at once.

Harvey Weinstein admitted to journalists he was upset with what was happening. The producer confessed guilty and announced he worked with a therapist to manage the dark side of his personality.

However, now Weinstein is going to appeal to the court and file a lawsuit to “The New York Times.” The producer claims this presentation of material is not acceptable, and some facts published are not true. 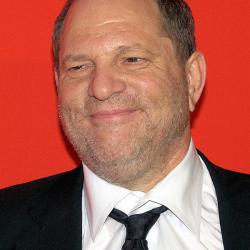