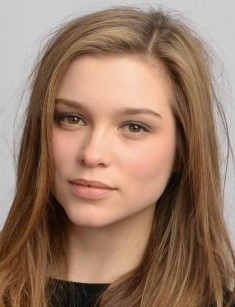 Though world cinematography is a rather young kind of art there have been several generations of the actors and directors in this sphere. The fact that new actors and directors replace the previous, is a quite a natural phenomenon, as well as it is alright that the representatives of each generation try to bring and contribute something special and individual to the movie industry.

The actress Sophie Louise Cookson was born on the 15th of May, 1990 in the small town of Haywards Heath located in the County of Sussex in the south- east of England.

Already at the early age the girl's parents – Colin and Maria Louise Cookson – noticed creative skills of their child therefore at first they sent their daughter to the courses of the academic singing, and then to the local musical theater. Here, except acting classes, young Sophie learned to do some gymnastic exercises, attended dancing classes and learned to do theatrical make-up.

Together with the theatrical company, the girl had visited Europe and Asia (she enjoyed their performance in Japan very much). However, having returned from another tour, the girl decided to continue her studies and entered Oxford School of Drama. Sophie graduated from the Drama School in 2013.

The same year of 2013 Cookson had her debut on the screen in a screen-adaptation of the novel "Moonfleet" written by of John Mead Falkner. Andy DeEmmony became the director of this miniseries ("Recovery", "God on Trial", "Love Bite"). Except for Sophie, such actors as Ray Winston, Aneurin Barnard, and Anthony Ofoegbu were in the cast of this movie. The picture narrates the opposition of the smugglers and the representatives of the law which had happened in the seaport of Moonfleet in the second half of the 18th century.

The next project with the participation of the actress was also a TV project – it was a soap opera "Rosamunde Pilcher" which began to appear in 1993 and continues to come on the screen until now. Sophie Cookson spent the first half of 2014 on the movie set of this series. During the second half of the year, she worked on TV movie "Unknown Heart", directed by Giles Foster. This movie is an offshoot of "Rosamunde Pilcher".

The young actress became really popular after she had taken part in the movie "Kingsman: Secret service" directed by Matthew Vaughan ("Layer Cake", "Stardust", "Kick-Ass", "X-Men: First class"). Besides Cookson, Taron Egerton, Colin Firth, Samuel L. Jackson, Mark Strong, Michael Caine and Sofia Boutella acted in this movie. The plot of the movie was based on the line of comics of the same name created by a British Dave Gibbons and a Scot - Mark Millar.

The success of the picture "Kingsman: The Secret Service" had given green light to the franchise which was continued in 2017. In a break between several parts of the screen adaptation of the comics, Sophie Cookson managed to take part in two more movies and one series.

In 2016 there was released a sequel to "Snow White and the Huntsman" shot by the beginning director Cedric Nicolas-Troyan. Chris Hemsworth, Nick Frost, Charlize Theron, Jessica Chastain and Emily Blunt became colleagues of the actress on the movie set.

At the beginning of 2017, Sophie returned on TV again having taken part in the series "Gypsy" released by the streaming service of Netflix. The series tells a story about ambivalent Jean Holloway – the woman who works as a psychiatrist in New York. The camera crew of the movie "Fifty Shades of Black" took part in the creation of this series. Naomi Watts performed the major role in this series and Cookson played the character of barista Sidney.

Though the series received positive feedback from critics, it was closed down because of unreasonably low ratings. Sophie announced about it with sadness on her official page on Twitter.

The actress got her next leading role in the English-Romanian horror movie "Crucifixion" which was released in Russia under the title "The Spell. Present days". The localizers explained their decision to change the movie title by the fact that it had the same producers as the pictures "Annabelle" and "The Conjuring 2". But such turn hadn’t come out right and the movie was a complete failure in hire though it received positive reviews.

On the 20th of September, 2017 the second part of "Kingsman" was premiered under the title "The Golden Circle". This picture was also directed by Matthew Vaughan. Besides the actors who had played leading roles in the first movie, Halle Berry, Julianne Moore, Jeff Bridges, Channing Tatum and Pedro Pascal took part in the second picture. Also, Elton John appeared in this movie too.

As well as the first part, "Kingsman: The Golden Circle" was met positively by the audience, so Sophie didn't regret that she had got Roxie's role instead of Emma Watson. By the way, for her participation in "Kingsman: The Secret Service" Sophie Cookson was nominated for the Empire award in the category "The Best Debut". This happened in London on the 29th March of 2015 during the 20th Empire Awards Ceremony.

Nothing is known about the girl’s personal life though after the movie "Kingsman: The Secret Service" had been released there were rumors about her love affair with Taron Edgerton - her partner on the movie set.

At present time the movie "Emperor" shot by the director Lee Tamahori ("The Edge", "Along Came a Spider", "Die Another Day") undergoes the process of post-production. The picture tells a story of the girl who decided to revenge Charles V Habsburg - the emperor of the Holy Roman Empire for the death of her father. Leading roles in the movie were played by Adrien Brody and Sophie Cookson.

On the 7th of September of 2017, the girl shared a post on Twitter in which was mentioned her participation in one more project – "Red Joan" (in the Russian hire the title will probably be changed). The events of the picture revolve around Melita Norwood – the British spy who was undercovered by the KGB agents only when she turned 87 years old.

In her free time, the girl learns foreign languages, reads books, walks with her friends and goes to the gym. The last of her hobbies helps the actress to keep her figure in a good form (the actress is 161 cm high and weighs 58 kilos). Also, Sophie enjoys communicating with her fans, mainly in comments under her photos on Instagram. 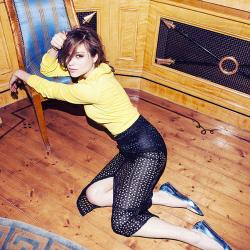