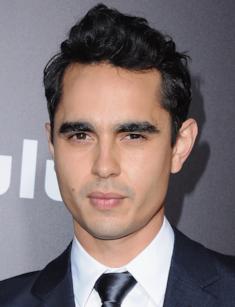 Max Minghella is the actor who appeared in music videos and full-length movies. Although the young man’s filmography is not as long as that of Leonardo DiCaprio, he can boast some memorable roles in movies and series, such as The Social Network and The Handmaid’s Tale.

There is little information about the actor’s early years and youth. Max was lucky to be born into an artistic family; it determined his life path. The future star was born in Hampstead, North-West London, on September 16, 1985.

Minghella’s origin is mixed. His mother was born in Hong Kong and had Chinese, Indian, and European roots and worked as a choreographer. The father, the director Antony Minghella, came from Italy.

The boy used to spend all his free time at movie sets and watched his father work. There is no wonder that Max took an interest in cinematography. He did it on his own: Antony did not push his son.

In his interviews, the actor confessed he had no holidays in his family; the British mindset could explain that:

“I grew up in England, and an innate part of our culture is that you can’t celebrate anything. We’re all so scared. We’re still pissed off about losing our colonies, so we’re worried that anything we like is going to get taken away from us. So, I’ve grown up with a fear of celebration”.

Max received his education at St. Anthony's Preparatory School and University College School in Hampstead. Later on, the young man enrolled at Columbia University and focused on learning History. Minghella graduated in 2009.

It is interesting that the young man managed to work on movies during holidays, and the majority of students in his university did not know that Max was an actor. Thus, the young talented led a double life and felt like “an English boy at an American school”.

Max always wanted to become an actor, and his desire only grew when the teenager saw the play This Is Our Youth. He confessed later:

“I thought it was sort of embarrassing to say you wanted to be an actor – it was, like, uncool. And growing up I was massively concerned with seeming cool. I thought up until about age 16 that I was going to be a music video director”.

Max debuted in 1997 in a short movie Toy Boys; he also participated in the little-known movie Let The Good Times Roll.

In 2005, the young man gained another chance: he played Aaron Naumann in the movie Bee Season. Although few people watched it, critics appreciated the beginning actor’s work.

The same year, Max participated in the political thriller Syriana by Stephen Gaghan. It is the story about the oil industry magnates who were plotting to gain more money. The theme of ordinary workers’ lives was raised there as well.

Thanks to this project, the actor had the chance to collaborate with international celebrities: George Clooney, Matt Damon, Jeffrey Wright, Chris Cooper, and Mark Strong.

The 2006 movie Art School Confidential by Terry Zwigoff followed. Minghella personified the main character, Jerome Platz, who wanted to become the greatest artist in the world and had the enormous talent from his early years.

However, as the story runs, the young man realizes that gifted painters who understood art did not succeed: only those who were ready to advertise themselves eccentrically could gain glory. The movie also starred Sophia Myles, John Malkovich, and Steve Buscemi.

2007 brought Will Geiger’s melodrama Elvis and Annabelle; Max got the lead role. It is the story about the young woman who died of cardiac failure but suddenly returned to the living. Blake Lively, Joe Mantegna, Keith Carradine, and other actors appeared in this project as well.

In 2010, Max joined the cast of David Fincher’s The Social Network based on a true story. It is the movie about Mark Zuckerberg, the founder of Facebook. Minghella played Divya Narendra; he had the chance to collaborate with Andrew Garfield, Justin Timberlake, and Rooney Mara.

Besides, the artist took part in 10 Years (2011), The Internship (2013), and Horns (2013). In addition, the man co-starred with the actress Bella Heathcote in the romantic music video “Shot at the Night” by the American group The Killers.

Few facts are known about the actor’s private life. The young man has no Instagram and rarely gives interviews; however, he is an active Twitter user.

In 2006, Max dated the actress Leigh Lezark. In 2010-2014, he was seeing his colleague Kate Mara. Rumors had it the couple broke up and reunited several times. Speaking of the present-day situation, fans can only guess if the man has a girlfriend: Max keeps this information secret.

In 2017, the actor started working on the series The Handmaid’s Tale based on Margaret Atwood’s novel. It is the story about the imaginary totalitarian state that is always at war with neighboring countries.

In the future, only 1% of all women are fertile. Thus, they are sent to special camps to perform their reproductive function. Elisabeth Moss played the main character. 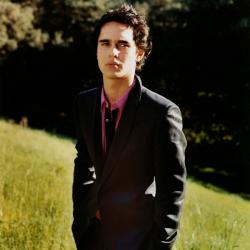