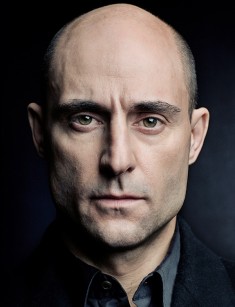 The actor Mark Strong is often confused with Andy García and Stanley Tucci. For several years, he appeared only in TV series; later, he had episodic roles in movies until he finally got more significant parts.

Marco Giuseppe Salussolia was born on August 5, 1963, in London. He was named after his father who left the family right after the boy was born. The mother worked as a kindergarten teacher. She expected her son’s peers to give Marco the suspicious eye because of his sophisticated name. To avoid that, the woman changed her dear son’s name after the divorce.

Mark spent his childhood in Islington, London. Later, he and his mother started moving frequently: the would-be star used to live in Walthamstow, Stoke Newington, and Edmonton.

In his interviews, the man often mentioned that he dreamed of being an actor in his teenage years; he hoped to be famous in the movie industry one day. The 1960s sex symbol and the star of Purple Noon Alain Delon was Mark’s icon. The boy watched movies with him over and over; although he did not understand a single word in French, he admired the artist who always looked spotless.

In 1969, small Mark saw Neil Armstrong walk on the Moon on his grandmother’s TV. For the next couple of months, the child was telling his mother he would become an astronaut in the future.

When Strong attended a college, he sang in punk groups. Soon, he realized that he needed a reliable job to earn his family’s living. Thus, he entered the Ludwig Maximilian University of Munich but spent only a year there; he came back home and started studying drama at Royal Holloway and Bristol Old Vic Theatre School.

In 1996, Sean Bean’s Sharpe’s Mission was premiered; Mark got the role of the antagonist. The same year, he played Mr. Knightley in the screen adaptation of Jane Austen’s novel Emma.

Later on, Mark appeared in the Victorian drama about an orphan boy Oliver Twist, the political thriller Syriana starring George Clooney, and the historical movie Tristan & Isolde. In the latter project, the actor had the opportunity to collaborate with James Franco, Sophia Myles, and Thomas Brodie-Sangster.

Media reported that Mark Strong and the Spanish Javier Bardem were the main candidates for the role of the hitman Anton Chigurh in Coen brothers’ No Country for Old Men. Eventually, it was Bardem who got this part and won the Academy Award. In his turn, Strong appeared in Danny Boyle’s fantastic thriller Sunshine: he played Pinbacker, the mad captain of the spaceship Icarus I.

2007 was marked with the role of Prince Septimus, the youngest son of the King of Stormhold, in the fantasy movie Stardust. The next year, Strong cooperated with Guy Ritchie and starred in his crime comedy RocknRolla together with Toby Kebbell, Tom Wilkinson, and Gerard Butler.

In June 2011, people watched the superhero movie Green Lantern; the actor played Thaal Sinestro, Hal Jordan’s (Ryan Reynolds) teacher. Their expectations were not met: the movie creators hardly collected the money they had spent on this project.

In 2013, the psychological thriller Mindscape with Strong was premiered. In 2014, fans had the chance to see their favorite in the historical drama The Imitation Game.

At the beginning of 2015, the comedy action movie Kingsman: The Secret Service came out; it was the third movie where Matthew Vaughn invited Mark Strong. The actor personified an agent of the noble spy branch, Merlin. Michael Caine, Colin Firth, and Taron Egerton became Strong’s stage partners.

The actor does not share much information about his personal life. Fans only know that Mark became a loving husband and father several years ago.

In August 2017, Toa Fraser’s movie 6 Days was released. The story is set in London in 1980 when a group of terrorists broke into the Iranian embassy and took hostage all people.

The next month, the international premiere of Matthew Vaughn’s spy action movie Kingsman: The Golden Circle took place; it was the sequel of the 2015 movie.

The movie tells the story of the cooperation between the British agents with the American organization Statesman: they fight the mutual enemy. Taron Egerton, Halle Berry, Julianne Moore, and Mark Strong played the main characters.

In 2018, the movie The Catcher Was a Spy was presented; Strong played the main character’s friend. It is the story of the lawyer, polyglot, and erudite Moe Berg (Paul Rudd) who combined his office job, baseball career, and CIA service.

The same year, the actor appeared in Stockholm about the origin of the term “Stockholm syndrome”: it happened after a takeover in a Swiss bank in 1973. An armed robber Jan-Erik Olsson took hostage four bank employees for six days; later, they began to protect the criminal.

Mark Strong will appear in the upcoming movie The Sea Change; there has been no information about it yet. 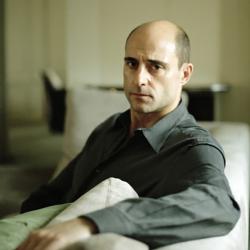