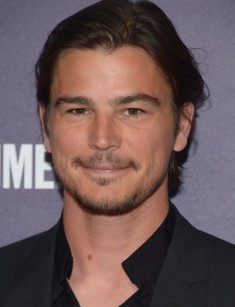 Joshua Daniel Hartnett better known to the сinematography fans as Josh Hartnett is an American film actor, a star of the movies "Pearl Harbor", "Black Hawk Down", "40 Days and 40 Nights" and others.

Josh was born in the town of St. Paul located in the State of Minnesota. Though some sources indicate San Francisco as the place of birth of the boy, the actor repeatedly denied this information.

Josh’s parents were Wendy Ann and Daniel Hartnett who belonged to the hippie culture and were leading the corresponding way of life. Hartnett has two brothers and one sister. What is remarkable, all their children received the names beginning with the letter J: Josh, Jessica, Joe, and Jack. Children were still little when their parents separated. In further, the children were brought up by the father who settled in Minnesota and got a job as an administrator of the residential quarter and also by their stepmother Mollie, the artist by her profession.

At teenage age, Josh Hartnett was seriously fond of soccer. The young man played for school and for city team, dreamed to become a professional player. The young man had never dreamed about the creative biography. But the knee injury which he had got during the training prevented his way to big sport. Then the skillful guy paid attention to the creative profession.

After school, the young man became the student of the faculty of acting skills at the Conservatory of Theatre Arts & Film at SUNY Purchase, New York State. However, the young man had studied here for a year only as he considered that he wasn't compatible with the modern system of theatrical education.

Hartnett moved to Los Angeles, the American capital of cinematography, he attended private courses and tried to break through a great number of castings and auditions to the world of cinematography. Josh had got a job almost at once, however, for the first time, the young man had to be content with the commercials and TV shows.

After participation in commercials, Josh Hartnett began to appear step by step in feature movies. The actor could be seen in high-rate series and in feature films including in the leading roles. The actor got to the youth fantastic horror picture "The Faculty" directed by Robert Rodriguez. This movie told a story about the struggle of the group of senior students against the teachers- aliens. On the screen, the actor turned into the character of the ingenious school student Zeke Tyler. The acting of the young talented actor was marked by the film critics as well as by the audience. Also, the eminent directors paid attention to Josh.

In 1999 director Sofia Coppola invited the actor to take part in the movie "The Virgin Suicides". The actor was successful in the role of Trip Fontaine's character and this movie brought Josh more popularity. The movie "Halloween H20: 20 Years Later" became the following horror movie in the actor's filmography of the actor.

The international recognition was brought to the actor by the role of Danny Walker in the drama picture "Pearl Harbor", which was released in 2001. Hartnett's hero is a military pilot battling on the party of Allies’army, who falls in love with the girl of his best friend Rafe (Ben Affleck), and she responds to his feelings. The romantic story was generously flavored with military patriotic pathos what didn't affect love of the spectators to the movie – the movie grossed $450 million in hiring.

In continuation to the military subject in the actor’s filmography, Hartnett acted in the drama "Black Hawk Down" directed by Ridley Scott about the offensive in Somalia. This time the events of the movie mentioned the period of time of the beginning of the 90-s. This movie won a number of prizes including two Academic Awards. The actor managed to try himself in the comedy role, having performed in the leading role in the movie "40 Days and 40 Nights". The hero of Josh – Matt, who has been completely disappointed in the girls, decides on full abstention from the communication with them for 40 days. But just at this moment, he meets his true love. The young girl Erica (Shannyn Sossamon) becomes his muse.

While talking at one of the interviews about his work on this project, Josh mentioned the use of the principles of Konstantin Stanislavski’s system which he had applied during his work on this role. Going on with the comedy genre, Josh Hartnett acted in the movie "Hollywood Homicide" where Harrison Ford became his partner on the movie set.

In a short time, he got a role in the thrilling detective story "Wicker Park", where Josh embodied the image of the character Matthew who was confused in his own feelings. These movies brought Josh the rank of the popular Hollywood actor.

From the subsequent films, the attention of the public was captured by the crime thriller "Lucky Number Slevin" where Hartnett had had the luck to work together with the eminent actors - Morgan Freeman, Bruce Willis, and Ben Kingsley. According to the movie plot Josh had to turn into the charming bandit who had got to the epicenter of the squabble. The talented acting of the actors’ cast made the movie the favorite of the season.

In the same time Josh appeared in the episode of the movie "Sin City", also he played the leading role in the movie about the strangeness of love "Mozart and the Whale". Together with Scarlett Johansson, he played in the retro drama "The Black Dahlia".

Sometime later, Hartnett took part in a couple of tens projects, and the actor is considered to be one of the champions of the American cinema who refuses the roles if he doesn't like the script or time of the shootings doesn't coincide with his personal plans. So it's possible to say with confidence that for Josh cinematography is not just a possibility to earn money.

The psychological drama "I Come with the Rain", mystical TV series "Penny Dreadful" and the science-fiction picture "The Lovers" are distinguished from the latest significant works of Josh Hartnett.

Josh Hartnett had a great number of star novels at different times. The actor personally confirmed his romantic relations with the actresses Scarlett Johansson, Penélope Cruz and Amanda Seyfried, with the singer Rihanna and with the models - Mischa Barton and Sophie Lee. And the admirers and the press "presented" Josh ten more darlings.

In 2013 Hartnett began to meet his colleague Tamsin Egerton famous according to the movies "Love, Rosie" and "Chalet Girl". From this point, Josh’s personal life didn’t change anymore. After a while, the couple decided to live in the actual marriage, and at the end of November 2015, Hartnett for the first time became the father as his civil spouse gave birth to their daughter.

At the beginning of August 2017, Josh Hartnett became a father for the second time. His wife gave birth to their second child. Parents keep the sex and the name of the baby in a strict secret. The reporters managed to capture only young parents with two baby carriages during their walk in the city park.

Josh Hartnett actively shows his attitude to life. The actor even took a break in his acting career to support the initiatives of the Global Cool company advancing the ideas of a healthy lifestyle. Also, the actor together with his colleagues Uma Thurman, Geena Davis and the model Chanel Iman attracted public attention to the drought problems in East Africa.

In 2012 the actor on his own initiative visited colleges and universities in his native Minnesota State with the purpose to persuade the younger generation to participate in the upcoming presidential elections and to give a vote to the candidate Barack Obama.

Josh is extremely skeptical about the choice of his repertoire. But Hartnett couldn't refuse to his colleague from the actor's company, and also to the director James Franco and accepted the invitation to play a character in the drama "Long Home". The cast of this movie has a lot of stars. Josh Hutcherson, Zoe Levin, Tim Blake Nelson, Courtney Love entered the cast. The premiere of the film is set for 2018.

Now Josh reviews some more projects in which he plans to work in the nearest future. These are the movies "Valley of the Gods", "Highway" and others. The thriller "6 Below: Miracle on the Mountain" where Josh transformed into the Olympic champion who finished his career is one of the movies which had already appeared on the screen during the last year. 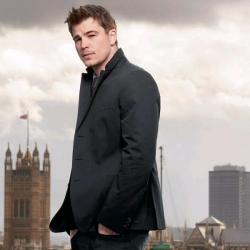