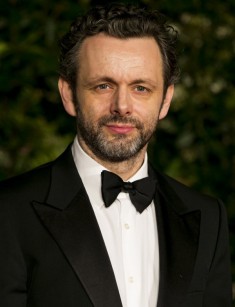 Michael Sheen is one of the most famous British actors, who has in his filmography the roles in such cult pictures as Frost/Nixon, The Queen, blockbuster Tron and the trilogies about the vampires Underworld and Twilight.

Michael Christopher Sheen was born in February of 1969 in Newport in the wonderful and united family. Except for Michael, his younger sister Joanne was growing up in this family. By the zodiac sign, the actor is Aquarius. The head of the family, Meyrick Sheen, was a recruiting manager. And from time to time he transformed into Jack Nicholson, that is, he was a professional impersonator. Michael’s mother Irene Thomas was working as a secretary.

When Michael turned five, his parents moved from Newport to Liverpool with their children. Here, Sheen got seriously engaged in the football and played as a winger for some time. Since then, the actor has become a real fan of Liverpool football club. In his young years, he was even dreaming of the football career. Though his family returned to Wales, and this broke his plans. Even in the port city of Port Talbot, where the guy continued his education at the secondary school, he didn’t give up his favorite sport: he was playing for the youth team of Baghlan football club.

The boy began to have fancy for the theater at the older age. The young man started to be engaged in the local theater group. The guy was noticed and was invited to act on the stage of the National Theatre Wales. At that time, Michael Sheen was s receiving the education at the college, where he was profoundly studying Drama and Sociology. After he had graduated from the college, he went to London and became the student of the Royal Academy of Dramatic Art (RADA).

During the 1990s, the future British actor appeared on the stage. In the famous Globe Theatre, he performed with Vanessa Redgrave. In 1992, he received the central part in the play, Romeo and Julie.

In 1997, the young artist brightly presented himself in the performance staged by Shakespeare's play - he got the character of Henry V. After this role, Michael Sheen has become a remarkable theatrical star. On the stage of the popular The Old Vic Theater, he has played the part of Mozart. In a year, he repeated his brilliantly performed role on Broadway, for which he was nominated for the prestigious Lawrence Olivier Award. He got one more nomination for the same award in 1999, for his great acting in the play Look Back in Anger, which was staged in the National Theater.

In the 2000-s, Michael Sheen relocated to New York for family reasons and began to appear on the theatrical stages not so often. Only rarely he came to London, where he appeared on the stage in the image of Caligula.

Michael Sheen began his cinematic career in the mid-nineties. The actor took part in the drama Othello shot by the famous director Kenneth Branagh. In 1997, the spectators saw the actor in another classic screen adaptation - in the movie under the title Bright Young Things.

In 2004, the actor took part in the romantic comedy Laws of Attraction in one of the significant roles.

The cinematic career of the British actor began to take off promptly. It’s worth noting that Michael Sheen had to play the real historical characters quite often. For example, the actor has his ’’brand’’ role which he received three times. It’s the role of the former British Prime Minister - Tony Blair. In 2003, Michael embodied the character of Blair in the movie The Deal. And three years later he again played this role in the film The Queen which got Academic Awards. For this role, Sheen was nominated for BAFTA Awards.

In 2010, the actor played the same personage in the picture The Special Relationship. And again he received the nomination, that time for prestigious Emmy Awards. The films with the participation of Michael Sheen have permanent success.

In 2006 and 2008, there were two worthy pictures which came out on the screen and became a cult. These are the movies HG Wells: War with the World and Frost/Nixon. In the first movie, the British actor has again embodied the real character of Herbert Wells, and in the second picture, he appeared as the leading character - the journalist David Frost. For this role, the actor was nominated for the Screen Actors Guild Award.

The vampire sagas have become the projects that have brought a new wave of popularity to the actor and which have grounded him in the status of the celebrity. This is a trilogy, which has begun with the movie Underworld and the sequels to this picture. In these pictures, Michael has played the character of Lucian Lycan. The three Twilight sagas have become extremely popular in which the actor has transformed in the ancient vampire Aro, one of the heads of Volturi clan.

The invitation to play a role in the picture of the cult director Woody Allen - Midnight in Paris without doubts has become a real success for the actor.

Michael's participation in the movie Dark Shadows directed by Tim Burton was also discussed. But later in the interview Sheen stated that he wouldn't participate in this movie.

From time to time the famous actor appears on the stage. In 2011, such return on the stage became a real triumph In his native Talbot Shin performed the main character in the play The Passion. He also appeared as a creative director of movie production. It was shown on the stage during a record 72 hours. It’s noteworthy that besides the actors 1000 British took part in the crowd scenes. The BBC channel even shot the documentary about this unique show.

From 2013 till 2016, Michael Sheen performed the leading role in the TV series Masters of Sex. The artist embodied the part of Dr. William Masters, who was engaged in the research of the human sexual life.

Lizzy Caplan, Caitlin FitzGerald, Nicholas D’Agosto and other actors have become the actor’s colleagues on the movie set.

In 2015, there was released the melodrama directed by Thomas Vinterberg. It is based on the novel written by Thomas Hardy, Far from the Madding Crowd. This is a story about the independent and robust mistress of the farm Bathsheba Everdene (Carey Mulligan), who takes the attention of three very different men. Michael Sheen has performed the role of one of Bathsheba's boyfriends - William Boldwood.

Later the actor appeared in the image of the robot-bartender Arthur in the fantastic movie Passengers together with Jennifer Lawrence and Chris Pratt. Michael Sheen also received significant roles in the movies Nocturnal Animals and the sequel to the film Alice in Wonderland - Alice Through the Looking Glass, where Sheen returned to the voicing of the White Rabbit

In 1995, the actor got acquainted with his colleague Kate Beckinsale. They acted together in the performance The Seagull based on the play written by Anton Chekhov. Their love affair has lasted for nine years. In 1999, Kate gave birth to their daughter, Lily Mo Sheen, whom her father loves so much. Though, the artists haven’t got married.

And even when the couple parted and Kate had a love affair with the director Len Wiseman, the former loving couple continued communication trying to stay in good relations. To be close to his daughter, Michael Sheen has left London, where he has made a tremendous theatrical career and moved to New York. More than once there appeared the photos on the web where the parents of the girl walked together with their daughter and made funny pictures together.

The relatives and friends note that the actor has a cheerful and kind character. In a short time after the break-up, Kate got married. Michael Sheen has also had changes in his personal life. Since then, the journalists have counted a couple of brilliant novels with his famous colleagues. In 2004, the actor had relations with Anastasia Griffith. Later he had a 6-year relationship with the British ballerina Lorraine Stewart.

During the shootings of the movie Midnight in Paris Michael Sheen got acquainted with the Canadian actress Rachel McAdams. Their romantic relations have lasted for three years, but later the beloved parted for some unknown reasons. Though the public was sure that they would get married.

In 2014, Hollywood began to discuss the new love affair of the star. That time Carrie Keagan became his beloved woman. The actor's fans were sure that at last, their favorite actor would be happy. Though, their love affair has come to an end in a short time.

The same year, it became evident that Michael Sheen had relations with Sarah Silverman. Their relationship has lasted for four years, and in 2018 the actress wrote in her account on Twitters that they had parted with Michael. The reason for their break-up was the distance and long periods of parting.

Thousands of the actor’s admirers are watching his life on the social network of Twitter, where Sheen regularly shares his posts with his readers. Michael doesn't have an official Instagram, but his fans lead the fan page and publish here the photos found on the web.

People thought that Michael Sheen's brother was Charlie Sheen, but it is not the truth. In general, the fans quite often notice the similarities in the appearance of their favorite actor with other stars. The press repeatedly told about the surprising resemblance of Michael Sheen with the actor Simon Pegg. The actors even have almost the same height and weight of (Michael is 175n cm tall and weighs 72 kilos, and Simon is 178 high, and his weight is 74 kilos). Sheen is one year older than Pegg.

The first picture tells the story of the woman Alice, who has just divorced with her husband and stays at home with two children. Suddenly, in the bar, she gets acquainted with three guys who dream about shooting the movie and taking part in the contest. Alice and one of the guys began to feel sympathy for each other. So. It happens that the young people settle in the summer house of the women and begin to help her with the household chores and her children.

Michael Sheen performed the role of the former spouse of Reese Witherspoon. Together with Hollywood stars, Lake Bell, Nat Wolff, Candice Bergen, and others took part in this movie.

The premiere of Brad's Status took place at the Toronto Film Festival. Ben Stiller has played the leading role of Brad. Michael Sheen performed the part of the character Craig Fisher.

For 2018 it is set the release of the drama To Provide All People, where the actor will perform the significant role.

The same year there appeared the information that Michael Sheen would appear in the role of the angel Aziraphale in the series Good Omens, created on the basis of the novel written by Terry Pratchett and Neil Gaiman. The star of Jessica Jones - David Tennant, actress Anna Maxwell Martin, actor Jon Hamm, who appeared in the movie Baby Driver and other actors will take part in the shootings together with him. The series will be premiered in 2019.

Sheen has performed one of the leading roles in the thriller Apostle.

In May 2018 it became known that the artist will take part in the screen adaptation of the fantastic comic book Blood Shot. On the movie set Michael will work with one more star from the Baby Driver - Eiza González. Vin Diesel will play the leading role of the immortal super soldier. 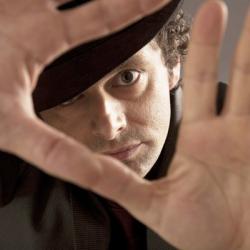