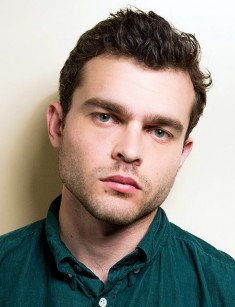 The actor Alden Ehrenreich has recently got the nickname “young Han Solo” – the fans of the legendary saga are well acquainted with his new role. The star of Beautiful Creatures has successfully put his name in the iconic movie series Star Wars.

The future star was born in November 1989 in Los Angeles. His mother Sari Newmann was an interior designer, and the father Mark Ehrenreich worked as an accountant. In a while, the mother married another man, the orthodontist Harry Aronowitz. Alden’s Jewish ancestor came from Poland, Russia, Hungary, and Austria; young Ehrenreich learned the ideas of Mordecai Kaplan and Eisenstein who viewed Judaism as a civilization, not a religion.

Alden went to the primary school in a prestigious district Pacific Palisades and continued his education in the elite Crossroads School for Arts & Sciences in Santa Monica. The Hollywood stars Kate Hudson, Gwyneth Paltrow, and the billionaire Evan Spiegel are among the school graduates. At that period, the young man took an interest in acting.

Later on, Alden entered the New York University School of the Arts but quitted. Instead, he and his friend Zoë Worth founded the company The Collectin. This organization united professionals engaged in cinematography and theater: actors, directors, scriptwriters, and producers.

They held workshops, experimented with new acting techniques, and performed at clubs. The Collectin aims at creating movies or plays on artists’ strengths and unique traits of character.

Alden Ehrenreich would have probably developed his career for a long time, but the young man was invited to the traditional Jewish ritual, Bar and Bat Mitzvah, to a friend of Steven Spielberg’s daughter. There, the short comedy with Ehrenreich was demonstrated. Later, the actor described his character as a thin punk wearing women’s clothes and eating dirt. The famous director found an agent for Alden and shared his contacts with the casting director of Dream Works.

In 2007, Alden gained the role of Bennie Tetrocini, the main character’s younger brother, in Francis Ford Coppola’s drama Tetro. Although the release was limited, critics and directors remembered Ehrenreich and gave some positive reviews.

The creator of The Godfather invited the young actor in his next project, the horror Twixt. Elle Fanning, Val Kilmer, and Bruce Dern starred in the movie.

In 2013, Ehrenreich took the lead part in the breaking-through fantasy Beautiful Creatures; the movie brought him his first professional prize, Teen Choice Award. Those who enjoyed movies like Harry Potter or Twilight caught fancy of the new movie. Alden Ehrenreich and Emmy Rossum famous for the musical The Phantom of the Opera visited the premiere in Moscow.

The same year, another movie master Woody Allen noticed the talented youth. They worked together on the drama Blue Jasmine. The audience warmly welcomed the movie; the lead actress Cate Blanchett’s work was appreciated. Alden got the role of her character’s son.

The actor had the chance to cooperate with the creator of the scandalous Oldboy, Park Chan-wook. In the psychological thriller Stoker, many outstanding stars were Ehrenreich’s colleagues: Matthew Goode, Mia Wasikowska, Nicole Kidman, and Dermot Mulroney.

In 2016, Coen brothers invited Alden in the comedy about a Hollywood fixer Hail, Caesar! For this role, the young man learned how to ride, crack a whip, and do gun-spinning. The role of Hobie Doyle brought the actor many nominations: the Chicago Film Critics Association Award, Detroit Film Critics Society Award, and San Diego Film Critics Society Award. Ehrenreich liked to collaborate with the famous directors; he marked he always wanted to play in the Coens’ projects.

Alden also starred in Warren Beatty’s romantic comedy Rules Don’t Apply; Ehrenreich, Lily Collins, and Beatty himself collaborated in this project. In the military drama The Yellow Birds, the actor took the role of a soldier during the war in Iraq.

According to the American media, the actor’s longest relationship took place in 2008-201 when he was seeing Zoë Worth. Later, Ehrenreich introduced the actress, producer, and scriptwriter Kelsey McNamee as his close friend.

Alden has confessed he is not going to marry in the nearest future; work is his priority. The young talent believes that movies are the most popular means of transferring information and, for this reason, makes a strong impact on the modern culture. Ehrenreich is eager to become the part of the movies which bring people some good.

In his free time, Alden plays golf or tennis.

There are several unverified Instagram and Twitter pages of the actor; the materials are mostly about the long-awaited Star Wars premiere.

In May 2018, the story about the young captain of Millennium Falcon was premiered. Ehrenreich surpassed more than 2.5 thousand candidates for this role including Jack Reynor and Miles Teller. The first directors of the movie Phil Lord and Chris Miller said that Alden was the first actor who just came to the auditions, and they decided at that very moment: Ehrenreich was the one.

As soon as the actor read the scenario of Solo: A Star Wars Story, he fell in love with the role. When the six-month auditions were taking place, Alden was working on the relationship between Solo and his assistant Chewbacca. At The Ellen DeGeneres Show, Harrison Ford gave a comic recommendation to his young colleague: he advised not to accept the offer because Alden would eventually have to leave – Ford implied this character’s death in Star Wars: The Force Awakens. 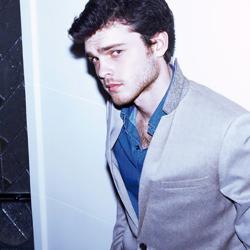