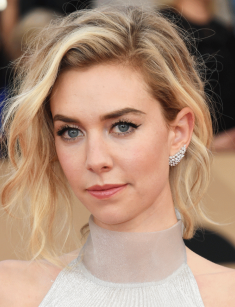 Vanessa Kirby is an actress who can’t boast of the fact that she had plenty of main roles. Nevertheless, one can remember the girl’s acting for a long time and even the secondary roles performed by the girl make the audience feel empathy for the characters of the pictures. It’s obvious that Vanessa isn’t going to be satisfied with already achieved results and to be satisfied with what has already been achieved and by all means, she will enrich her filmography with new bright works.

The future star was born in English Wimbledon on the 18th of April, 1988. Vanessa's father is a surgeon-urologist, and her mother is an editor of Country Living glossy edition. As Kirby later confessed in the interview, she began to dream about the acting career after the performance The Cherry Orchard (staged by the literary work of Anton Chekhov) in which the actress Vanessa Redgrave took part. The acting of the namesake admired Vanessa Kirby so much that that decided to try his hand in the dramatic art.

However, Vanessa Kirby has managed to achieve success on the stage not from the first time: one of Bristol drama schools rejected the girl's candidacy. Later, Vanessa filed documents to the University of Exeter, having chosen the faculty of her native language. Though, she didn't leave the attempts to enter the drama school. Kirby's persistence and devotion were rewarded – sometime later she has managed to enter London Academy of the Dramatic Arts.

Almost at the same time, the girl met director David Tucker who became Vanessa's agent and helped her to get first roles in the theater.

Vanessa appeared on the screen for the first time two years after — in 2011. The actress was invited to perform the role in the mini-series The Hour which tells about the everyday life of journalists. Even though Kirby took part only in three episodes of the project, these shootings turned out to be an excellent experience for the girl. Besides, Vanessa was lucky to work with Ben Whishaw, Dominic West, Anna Chancellor.

Right after the first shooting, the talented actress was noticed. The directors began to invite the girl to take part in other projects. Vanessa Kirby's filmography was enriched with a couple of the series which haven't become famous and later the actress received the role which has brought her popularity. It's about her work in the mini-series under the title Great Expectations. This screen adaptation of the same name work of the writer Charles Dickens has impressed the audience.

In the series Great Expectations, Vanessa Kirby received the image of Estella, the girlfriend of the leading character and foster daughter of lady Havisham. Besides her, Douglas Booth, Ray Winstone, David Suchet performed the roles in the series. In a year after the premiere, in 2012, the project received several Emmy Awards in different nominations and also three BAFTA TV awards.

In her professional biography, Vanessa Kirby also began to have the roles in the full-length feature movies. The criminal thriller The Rise directed by Rowan Athale became the first work of such a kind. And a year later the actress took part in the comedy picture About Time, and in such a way she proved herself and the audience that she perfectly got into any images.

The girl's acting in the performance A Streetcar Named Desire also was appreciated by the audience and received positive feedback. The British theater prepared this play, especially for the shootings. In this play Gillian Anderson, Ben Foster, Clare Burt became Vanessa Kirby's partners at the stage. The TV play became one more screen version of the work of Tennessee Williams, which for the first time was broadcast on the screen in 1951. Then the leading character of this dramatic love story was performed by the inimitable Vivien Leigh and Marlon Brando.

In 2015 there was a picture Jupiter Ascending in which Vanessa Kirby worked together with Mila Kunis, Channing Tatum, and Sean Bean. This fantastic fighter, on the contrary to the expectations of directors and film crew, has got to the lists of failed projects and even received a couple of nominations of Golden Raspberry anti-award for the worst script, the worst director and the worst acting.

Vanessa Kirby felt upset after this failure, but this hasn't broken the self-confidence of the actress. The same year the girl took part in the pictures Everest of the Icelandic director Baltasar Kormákur, The Dresser (with Anthony Hopkins and Emily Watson) and also got the role in the series The Frankenstein Chronicles based on the work of Mary Shelley.

The year 2016 turned out to be fruitful with the roles and projects for Vanessa Kirby. Then the actress enriched her filmography with the movie Genius - the biographic movie about the friendship of the writer Thomas Wolfe with the publisher Max Perkins. The list of the eminent star actors appeared in this movie: besides for Vanessa, Jude Law, Nicole Kidman, Colin Firth played took part in the movie. Also in 2016 there was released the spectacular fighter Kill Command directed by Stephen Gomez. In this movie, the actress performed the main role.

One more brilliant picture of 2016 is the drama Me Before You. Here Vanessa Kirby was lucky to work with the actors Emilia Clarke, Sam Claflin, Jenna Coleman. Then the series The Crown was released where Vanessa received the role of the British Princess Margaret Rose.

The personal life of Vanessa Kirby often became the subject of discussion of the fans and journalists, as well as her professional progress. After the release of Great Expectations on the screen, the mass media began to talk about the love affair of the actress with her partner in the shootings - Douglas Booth.

On Instagram and other social networks, there appeared the joint photos of Vanessa and Douglas which the audience considered to be the indisputable proof of their love affair. However, the artists themselves refused to comment on the rumors about their relationships and left the public in ignorance.

And what about this new beloved of Vanessa Kirby it’s known for sure: it’s the actor Tom Cruise. Even though after the loud divorce with Katie Holmes, the man tries not to disclose the details of his love affairs. What about the relations with Vanessa he made an exception and confessed to the journalists in his romantic feelings with the girl. Who knows, it’s possible that the charismatic actor can become the husband of the talented, beautiful actress.

At present, Vanessa Kirby and Tom Cruise don’t separate even on the shooting stage: the girl performed the role in one more part of the cult fighter Mission: Impossible – Fallout. The premiere of the picture was set for July of 2018. 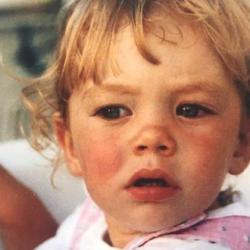