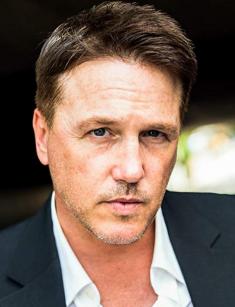 Lochlyn Munro should not complain about his acting career. The actor's credentials include more than 200 projects, although there are a few leading roles there. Nevertheless, Munro attracts directors and producers with the ability to brilliantly portray the heroes of action films, light comedies, melodramas or bright fantasy movies.

Laughlin Munro was born in Lac La Hache, British Columbia, in February 1966. The actor was named Richard Laughlin, while Lochlyn was his nickname that later turned into a stage-name.

In general, Munro began an acting career by chance. Initially, he was interested in water skiing and hockey. However, the injury forced Lochlyn to change his priorities. The young man began playing music in various clubs around Vancouver and at the same time attended acting courses of the best experts, including Susan Strasberg, a daughter of Lee Strasberg. Modern viewers know the actress for the action movie The Delta Force with Chuck Norris.

Locklin made his feature film debut playing a bit part in the action movie Run, in which the police and gangsters chased Patrick Dempsey's hero. Kelly Preston’s character helps him.

In 1992, Munro appeared in Clint Eastwood's Oscar-winning western Unforgiven about cowboys who wanted to kill a man to get a reward. It was followed by a screen adaptation of Stephen King's novel Needful Things. Then he appeared in the fantasy movie Sliders and the thriller High Voltage about robbers who stole money from the mafia.

In the early 2000s, Lochlyn’s filmography included the police procedural CSI: Crime Scene Investigation. The action in the series took place in Miami, New York City and Las Vegas. The similar project was NCIS about the special agents from the Naval Criminal Investigative Service. Munro also appeared in the fantasy series Charmed about a trio of sisters who were also witches and The Dead Zone about a teacher who saw the past and the future.

Lochlyn is famous for his roles in the notable projects Dracula 2000, Heart of America, Freddy vs. Jason, and Weeds. The last film won the Writers Guild of America Award, the Golden Globe Award, the Emmy Award, and the Satellite Award.

The actor was invited to play in the parody comedy Scary Movie by Keenen Ivory Wayans, with whom Lochlyn later met on the set of the movie White Chicks. During this period Munro also portrayed Keith Farrow in the TV series The Mentalist with Robin Tunney and Simon Baker.

In 2010, the celebrity got a role in the horror film Alligator X, which told about a giant cloned crocodile. The drama Recoil shows a former policeman whose family was killed, and since then he has been obsessed with revenge. Lochlyn cooperated with Robert Redford, Stanley Tucci, and Susan Sarandon in the thriller The Company You Keep.

In 2015, Munro appeared in the episodes of the famous comedy-police series Bones, starring David Boreanaz and Emily Deschanel, and in the similar project Castle with Stana Katic and Nathan Fillion. At that time Stephen Reynolds’s action film 12 Rounds 3: Lockdown was released. Lochlyn appeared as a corrupt officer of anti-drug service in the movie.

In the TV series Riverdale, Munro played Betty and Polly's father, and Lili Reinhart portrayed the younger daughter, a heartsick lover of KJ Apa's character. The story shows that the harmless pharmacist and city councilor turns into almost a family tyrant. In youth, he forced his future wife to abandon her first-born son, kicked pregnant Polly out of the house, making up a story that his older daughter and her lover were relatives.

Another project with the participation of Lochlyn Munro, Lucifer, received mixed reviews from TV viewers. Representatives of the American Family Association, One Million Moms, have considered that the Devil looks like a positive hero in the film, which contradicts the Bible and insults the feelings of Christians.

Lochlyn is a happy husband. He married a young woman named Sharon in June 1997. The actor and his wife bring up a son and daughter.

Munro often posts the photos of children and wife on his Instagram page. The actor also wrote on Twitter that he put his family first, before everything else.

In the family adventure film Max 2: White House Hero, Lochlyn Munro plunged into the work of the President of the United States. The time-poor father does not participate in the upbringing of his son; therefore, Max, the former secret service dog, is assigned to look after the boy.

In 2018, the actor continued to work in the television series Riverdale. The third season of teen drama has aired on the Netflix channel, and it focuses on the secrets that the parents of the title characters have kept since school. Penelope Ann Miller joined the cast of the project playing the prosecutor who tries to convict the main hero of murder.

Directors still shoot the continuation of the movie Predator about the alien monster who visited Earth. In 2018, the director of a new film became Shane Black who also played in the first 1987 film which starred Arnold Schwarzenegger. Blake's Predator makes reference to the events of Stephen Hopkins’s version with Danny Glover in the lead role and Nimród Antal’s movie, in which the action takes place on another planet.

Jake Busey, who portrays the son of Peter Keyes (played by Busey's father Gary Busey in Predator 2) mediates between the previous movie and the new one. If the box office results of the latest film meet the expectations of the producers, it will be the first installment in the trilogy about a bloodthirsty creature.

The sequel to the comedy The Benchwarmers is scheduled to be released in 2019. The first part of the film (2006), produced by Adam Sandler, received mixed reviews from critics. Rob Schneider was nominated for the Golden Raspberry Award for Worst Actor, while the film earned the nomination for Teen Choice Awards for Choice Movie - Comedy.

The first film told about three guys trying to compensate for lost opportunities and forming a baseball team to compete with children who belong to a local little league team. In the continuation, the title characters have their own children, who also play baseball. However, they face again an old ill-wisher who remembers the past defeat and dreams of taking revenge.

Actor, producer and screenwriter Robert David Port began filming the war drama Peace about the Second World War, in which Lochlyn Munro got the leading role alongside Franco Nero and Alexander Ludwig. The movie is expected to premiere in 2019.

Lochlyn Munro has a net worth of $800 thousand.