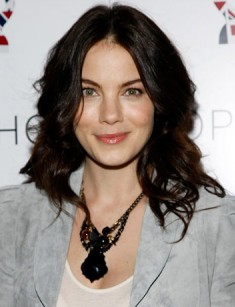 Michelle Monaghan is an American actress who has become popular due to her stubbornness. When the actress tells about her achievements in the career, she jokes that she has a difficult work, as "an ordinary girl has to kiss the stars."

Michelle Lynn was born in March of 1976 in Winthrop, in the State of Iowa. The actress is half German and half Irish by her origin. Her father Robert was a farmer and her mother Sharon was the director of the kindergarten. The girl was surrounded not only by her native brothers John and Bob but also by several adopted.

Michelle has finished her studies at East Buchanan school, then she moved to Chicago and began to attend the college to study at the specialty of the journalist. To pay for her studies, she worked partly as a model. Even though she wasn't so tall according to the model parameters - 170 cm (with the weight of 55 kilos), Monaghan was somewhat popular. She took part in the shootings for the clothes catalogs and appeared on the podiums in Europe and Asia.

The girl hasn't completed her studies at the college for two reasons – she didn't want to have practice in the province from which she had just got out. And the second reason was the fact that she just wanted to begin her creative career. She had managed to assure in the rightness of her choice when she received the role of the assistant of Richard Gere in the thriller Unfaithful. However, Michelle said that she anyway complained that she hadn’t received the diploma.

For the first time, Michelle appeared in front of the cameras in the episodic roles of the police series Law & Order: Special Victims Unit and in the drama Young Americans featuring Kate Bosworth and Ian Somerhalder. Ten years later her namesake Cameron Monaghan will take part in this detective. He is known to the public by the more late embodiment of the brothers Jeremy and Jerome in the movie Gotham.

In the movie Perfume about behind the scenes of the high fashion Monaghan got the leading role. The melodrama It Runs in the Family has given the actress a possibility to get acquainted with the Douglas family – Kirk, Michael, Cameron, and Diana.

Michelle has become popular after the role of Kimberly Woods in the second season of the series Boston Public. In 2004 the young actress appeared in the fighter The Bourne Supremacy in which the leading roles were played by Matt Damon, Franka Potente, and Brian Cox. The Russian actress Oksana Akinshina also took part in this Hollywood picture. According to the plot, Bourne killed her parents. Julia Stiles appeared in the role of the particular agent and Joan Allen embodied the role of CIA director.

In the black comedy, Kiss Kiss Bang Bang Michelle has appeared together with Val Kilmer and Robert Downey Jr. In the drama, North Country Monaghan and Charlize Theron have played the roles of the mine workers asserting the women’s rights. The shots with the participation of the actress from the mystical thriller Constantine and the Oscar-winning drama Syriana featuring George Clooney were cut out, but the performer hasn't been upset. Michelle was more concerned whether she would receive her fee for her work.

The recording of the audition of Monaghan for the part in the movie Constantin led the actress to the casting of the third part of the fighter Mission: Impossible. J. J. Abrams needed just half an hour to understand that Michelle would be ideal as the character of the wife of the superspy Tom Cruise.

In 2007 Monaghan has played the role of Miranda in the family comedy The Heartbreak Kid. With her personage, the character of Ben Stiller's has a love affair in a strange from his wife. The same year Ben fck had his debut as a director with the detective story Gone Baby Gone where the actress appeared in the role of a private detective searching for the missing child.

Also, Michelle managed to take part in the fantastic movie Eagle Eye directed by Steven Spielberg before taking a break in her career to be cured of the skin cancer.

In 2010 at Venice Film Festival there was held the premiere of the drama Somewhere directed by Sofia Coppola. Except for Michelle Monaghan, the director invited Elle Fanning and Johnny Marco. The jury under the leadership of Quentin Tarantino noted the movie with the Golden Globe Awards. In a year there came out the thriller Source Code. According to the movie plot, Jake Gyllenhaal's character has to return to the past every time to save Michelle’s heroine and all the humanity from the explosion of the "dirty" bomb.

In the melodrama, The Best of Me Michelle and James Marsden have played the roles of the lovers Amanda and Dawson who parted their ways already in youth but managed to keep their feelings to each other. Liana Liberato, to whom this picture has brought popularity and Luke Bracey who has become famous for the opposition with Pierce Brosnan in the fighter The November Man received the leading roles.

In 2014 Monaghan became a member of the star cast of the series True Detective. Michelle has performed the role of the screen wife of Woody Harrelson, and his lover was played by Alexandra Daddario. Colin Farrell, Matthew McConaughey and Rachel McAdams also received the parts of the police officers. The plot is focused on the investigation of the crimes which happened with the interval of 17 years and have many common details.

The actress had to embody the dramatic image of the nurse who was helping to the victims in the drama under the title Patriots Day. The movie is a screen adaptation of the events of Boston marathon of 2013 during which the brothers Dzhokhar and Tamerlan Tsarnaev detonated two bombs. By the words of the audience and according to the reviews the personage of the officer of the department of internal investigations played by Monaghan in the fighter Sleepless turned out to be bright and memorable. This movie tells about two police officers who got into the gang of drug dealers.

Michelle lives a happy life in her marriage. She met her future husband, Pete White at the party on Manhattan. He is a graphic designer. When they got acquainted, she said that she was advertising products of personal care. The man attracted Michelle with his blue eyes and a mohawk on his head. The actor and the scriptwriter Paul Leyden was the witness at their wedding. The young people held their wedding on the coast of Australia.

The family lives on two continents because Pete has come from Melbourne. The spouses have two children – their son Tom Francis and their daughter Willow Katherine.

Monaghan's favorite pastime is surfing, and she also likes to travel to her native country and to gather with her friends to drink a bottle of beer. However, the actress is very attentive to her nutrition. Till the birth of her children Michelle wasn't concerned about the healthy diet, but after the birth of her daughter, she began to visit the gym regularly and to practice yoga at home. Moreover, she started to be fond of the juices made of green vegetables.

The actress is an active user of the social networks - Facebook, Twitter, Instagram. Except for the photos of her family and her friends, the actress posts the photos with the social and political pretext.

In 2017 Monaghan took part in the frank shooting for GQ glossy magazine. Her fans can decide whether their favorite actress has had plastic surgery to stay attractive.

In 2018 Michelle Monaghan enriched her filmography with the sequel to the adventure epic about the special agent Ethan Hunt under the name Mission: Impossible – Fallout. It is already the sixth part of the famous franchise with always young Tom Cruise in the major role. As well as in the previous part, Michelle received the role of Hunt’s wife.

The same year there came to an end the shootings of the series The Path which tells about the mysterious religious cult of Meyerism. Michelle and her screen husband Aaron Paul became the part of the sect which members are the example of humanity, kindness and mutual support. According to the movie critics the movie is destined to answer the question of whether life in the idealized society is so good or not. As Monaghan confessed, the series The Path became for her the first project for which she was ready to set off on a long trip, and she wouldn't be against the prolongation of the shootings.

The biographic drama under the title Saint Judy is still on the stage of post-production. In this film, Monaghan was entrusted with the leading role of the immigration lawyer Judy Wood. The events of the picture took place in real life. The resonant issue in which Wood began to protect the refugee from Afghanistan resulted in the changes in the American legislation on the shelter granting. Alfred Molina has become one of the producers and leading characters in this movie.

The name of Michelle Monaghan is indicated in the cast of the series Messiah from the Netflix company. Mehdi Dehbi will perform the role of the young man who proclaimed himself the messenger of God. The directors of the picture suggest the spectators imagine who they would perceive the "prophet," being "in the skin" of the people different in social status. Michelle will transform into the CIA agent who together with the actor Will Traval who plays the FBI agent tries to catch the character of Dehbi. Jane Adams, Emily Kinney also take part in this movie.

Together with Michael Sheen, Monaghan will play the loving couple who have the crisis in their relationship in the dramedy The Price of Admission. Ben Affleck's brother – Casey Affleck will become the producer of this movie. 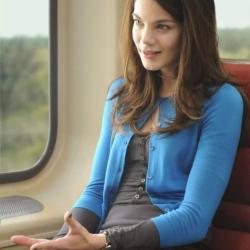