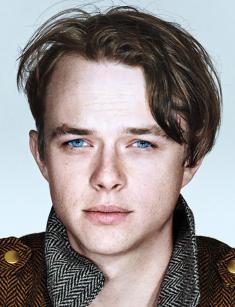 Some people look much younger than they really are, and it is impossible to identify how old they are. It is not about cosmetics: rather, they are lucky to have a unique genetic code or live under certain conditions. The actor Dane DeHaan is 33 years old, yet he may be confused with a teenager. This impression is strengthened by his relatively low height: 5.68 ft. (173 cm.).

Dane William DeHaan was born in Allentown, Lehigh County, the east of Pennsylvania. The boy was the second child in the family after his elder sister, Meghann. The father, Jeff, worked as a programmer, and the mother, Cynthia Boscia, was an employee of Metlife.

Dane went to Emmaus High School. At that time, he realized he wanted to become an actor and joined the local theater. When DeHaan graduated, he entered the University of North Carolina School of the Arts and finished his education in 2008.

As a student, Dane debuted in an episode of the detective series Law & Order: Special Victims Unit starring Mariska Hargitay, Christopher Meloni, and the rapper Ice-T. The next project was also a series: In Treatment with Gabriel Byrne. As the story runs, the psychotherapist Paul Weston helps his patients but fails to solve his personal problems.

Mia Wasikowska, Michelle Forbes, and Josh Charles appeared in the project as well. Thanks to the series, producers and directors noticed the young talent. The next year, DeHaan participated in True Blood, the screen adaptation of the vampire novels by Charlaine Harris. He had the opportunity to collaborate with Anna Paquin, Alexander Skarsgård, Ryan Kwanten, and Deborah Ann Woll.

At the same time, the actor participated in the Broadway American Buffalo; the actor Haley Joel Osment who personified the little boy in The Sixth Sense also appeared there.

Apart from series and theater performances, Dane DeHaan was involved in TV and short movies; however, they did not contribute much to his success.

Later on, John Hillcoat’s Lawless was premiered. It was the crime drama about the Prohibition times in the United States. The cast was full of stars: Gary Oldman, Tom Hardy, Shia LaBeouf, Guy Pearce, Jason Clarke, Jessica Chastain, and so on. The cast of DeHaan’s new project, The Place Beyond the Pines by Derek Cianfrance, was equally famous: Ryan Gosling, Bradley Cooper, Ray Liotta, Eva Mendes, and Rose Byrne.

The movie Lincoln was based on the life of Abraham Lincoln, the 16th President of the US. Steven Spielberg directed the movie. Daniel Day-Lewis, Sally Field, Tommy Lee Jones, and Joseph Gordon-Levitt participated there.

2013 was also full of bright events. DeHaan received the role in Kill Your Darlings with Daniel Radcliffe, Ben Foster, and Michael C. Hall. It is the story about the real crime involving the most notable Beatnik figures: Jack Kerouac, William S. Burroughs, and Allen Ginsberg (Dane DeHaan). Actually, it is the screen adaptation of the book And the Hippos Were Boiled in Their Tanks by Jack Kerouac and William S. Burroughs.

Later on, the artist worked on the crime drama by Atom Egoyan Devil’s Knot with Colin Firth, Reese Witherspoon, and Bruce Greenwood.

Further on, the spectacular concert movie Metallica: Through the Never by Nimród Antal was released. Dane played one of the main characters, the crew member who needed to deliver the musicians the bag; without its content, the whole concert would fall through.

Besides, in 2013, the artist played in the black comedy Life After Beth starring John C. Reilly, Molly Shannon, and Aubrey Plaza.

2014 brought another character with supernatural powers: Green Goblin in The Amazing Spider-Man 2 by Marc Webb.

In 2015, the actor participated in the experimental movie Knight of Cups that was created without a scenario. As the story runs, the main character, the scriptwriter, tries to understand his life. Christian Bale, Cate Blanchett, Natalie Portman, Antonio Banderas, Isabel Lucas, Teresa Palmer, and Imogen Poots starred in the movie.

In 2016, DeHaan and Elle Fanning voiced the main characters in the animated movie Ballerina.

On April 2, 2017, the daughter Bowie Rose DeHaan was born. When journalists ask the woman if the couple is going to have more children, she only smiles mysteriously.

Fans can see many photos of the happy family on Instagram: Dane gladly posts new pictures of his closest people, work-related moments, and social events.

In 2017, three significant movies with Dane DeHaan were premiered. In Gore Verbinski’s horror A Cure for Wellness, the actor collaborated with Jason Isaacs and Mia Goth.

By the way, Delevingne worked with the actor in another 2017 movie, Valerian and the City of a Thousand Planets by Luc Besson. This fantastic project is the screen adaptation of Pierre Christin and Jean-Claude Mézières’s comics. The movie also starred Clive Owen, Ethan Hawke, and the singer Rihanna.

In 2019, the audience will have the chance to enjoy Dane’s acting in the biopic The Kid by Vincent D'Onofrio. Chris Pratt, Ethan Hawke, and Adam Baldwin will appear there as well.